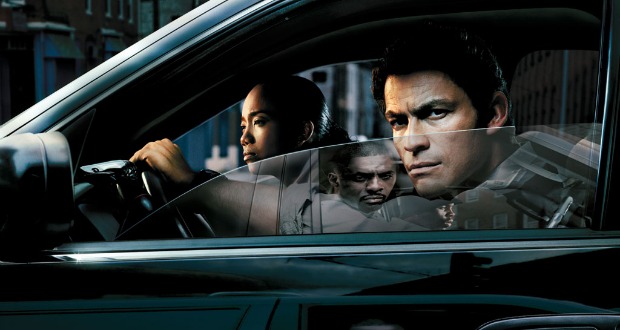 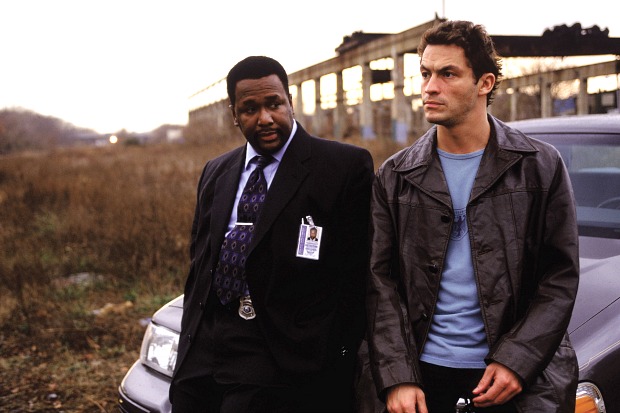 A few years back, I kept hearing buzz about “The Wire” and how awesome it was. So I checked it out. I have to say, it took me several tries to get into it, but once I did, I was glued through the end.

It’s a little dense, and I was watching it for my “Jane After Dark” series — where I watch stuff just for fun because I want to and for no other reason. I’m watching “The X-Files” right now, but haven’t written about it. In fact, if you click through that link, you’ll see the last thing I wrote about was “Portlandia” and that was a year and a half ago! I said it was “just for fun,” right? Anyway, I’ll write about “The X-Files” SOON! I have a few things to say.

So, it’s been six years since the finale of the HBO series, hailed by the New York Times as “one of the best and most original series on television in decades,” and now new and old fans can watch the series like never before thanks to a brand new High-Definition upgrade of all 60 episodes, which will debut in December on HBO Signature® and HBO GO®.

It’s a great reason to either revisit the show or watch it for the first time.

From the press release: The entire series has been beautifully re-mastered in 16×9 Full-Frame HD from more than 8,000 reels of original 35mm camera negative, allowing for a tighter fit on widescreen TVs and computer/tablet screens. The original negatives were scanned, edited, dust-busted and color-corrected with great care and attention taken to stay true to the look and feel of the original Standard-Definition 4×3 version.

To celebrate the HD launch, HBO Signature will air the entire series consecutively, one season per day starting with season 1 on Friday, December 26 at noon. The marathon will wrap with season 5 on Tuesday, December 30.

This will be the first time “The Wire” has aired on a linear HBO channel since Season 5 wrapped in 2008, as well as the first time that all five seasons of the entire series have aired consecutively on the network.

All 60 episodes will also be available in HD on HBO GO starting December 26.

The series’ first season lays out the futility of the drug war, while the second highlights the deindustrialization and the death of the working class.

The third season introduces the city’s political culture and lays out the forces that stand in the path of actual reform. The fourth season addresses the educational system and the actual opportunities that remain to coming generations.

The fifth and final season examines the media culture and its role in perpetuating the status quo. Amid all of this, carefully drawn characters on both sides of the law and from a variety of Baltimore cultures move forward as best they can, human to a flaw, struggling against a system that seems weighted against civic progress