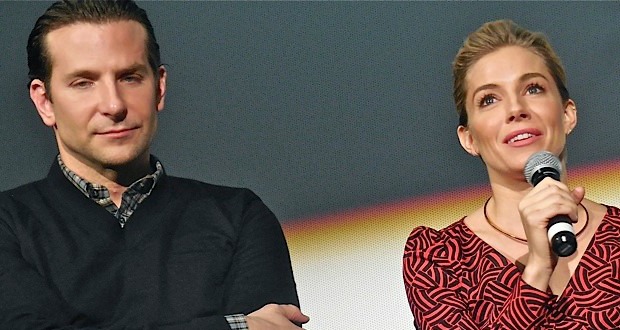 Bradley Cooper, who does hilarious impersonations of his celebrity pals, showed off his latest impression of Clint Eastwood, who directed him in his new film “American Sniper,” for a BAFTA crowd after a recent screening and Q&A. It was on a Monday, Cooper’s only day off from his Broadway performances of “Elephant Man,” and he looked slender and agile, unlike the character he portrayed on screen, real-life Navy Seal Chris Kyle, who completed four tours of duty in Iraq and was the deadliest marksman in U.S. military history with some 160 kills. Cooper bulked up for the role to resemble the real-life man who was huge, had a wide neck and imposing stature. Cooper’s physical transformation is startling.

“American Sniper,” which is on the 2014 American Film Institute top 11-film list and just earned Cooper a Critic’s Choice nomination, also won Clint Eastwood a best director award from the National Board of Review. Based on the book of the same name, it chronicles Kyle’s tour of duty in Iraq and his struggles with alcohol and PTSD, as well as his recovery through therapy and work with other damaged soldiers. An executive producer of the film, the actor acquired rights and called the former soldier and told him, “I love this story. You don’t know me, but trust me, we’ll do this hand and hand.” (Tragically, Kyle was murdered by another soldier he tried to help in February 2013.)

Cooper said of the autobiography by Chris Kyle, “I loved the fact that it felt like a Western to me and a real character study and there was a villain of sorts. There was this other shooter (an Iraq terrorist).” He added that he always liked the genre, and that the story reminded him of “Unforgiven,” Eastwood’s 1992 film. “It’s been a long time since it felt like there was a good war movie, maybe as far back as ‘Fourth of July.’”

The actor gained 40 pounds for the role, most of it muscle. He learned to shoot and worked with a dialect coach to acquire a Texas drawl. To bulk up, he ate 6000 calories a day. “And then a workout regiment that was not bodybuilding at all, but was strength training because Chris was a monster,” Cooper explained. For about 2 ½ months, his regimen was “6 to 8:30 in the morning at the gym; 10 to 12 dialect; 2 to 4:30 back in the gym; 6 to 8 dialect, five days a week and then I basically slept on weekends, ’cause that’s when the body breaks down into muscle.”

Cooper was nervous because he didn’t know if he could accomplish all this in the short time they had; Eastwood was determined to shoot in Rabat, Morocco and to have the movie out by December. (December is Eastwood’s lucky charm month; both “Million Dollar Baby” and “Mystic River” were released in December.)

Sienna Miller, unrecognizable with brown hair and an American accent, plays Kyle’s wife Taya, and the two actors have great chemistry onscreen. Cooper said of his co-star, “I remember sitting in the editing room and every time that first scene in the bar would come on where we met, each time, even though I knew it was her, it took me ten or 15 seconds where I said, ‘I can’t believe that’s not Taya.’ She had her energy. She just embodied her exactly,” Cooper said.

Kyle’s wife was generous in revealing details of her life and of her marriage. She opened up her e-mail exchanges from all of her husband’s tour of duties, “so you got to see how fiery their relationship was and how full of passion.” Cooper met with Kyle’s parents and his brother. “Kyle was always smiling and as imposing as he was, you would never, ever, ever, want to f…k with that guy.” There was also tons of video to study, which his wife kept because she never knew if her husband was coming back.

When asked what it was like to work with the legendary director and what surprised him the most, Cooper replied, “Primarily just how easygoing he is and how funny he is, how he just does not take himself seriously at all. That’s just a very warm feeling when you have this guy who you just look up to and, as you say, is a legend, and is so self effacing and willing to do anything.”

Movies about the Iraq war have so far been box office poison, someone in the audience noted, so what did he think of this film’s chances at financial success?

“No one ever knows,” Cooper said. “If you told us that a film about three unknown guys who were going to talk about trying to find their lost buddy in Vegas and it’s called ‘The Hangover,’ that sounds like box office poison to me. My reaction would be, I’ll check that out on video.’”