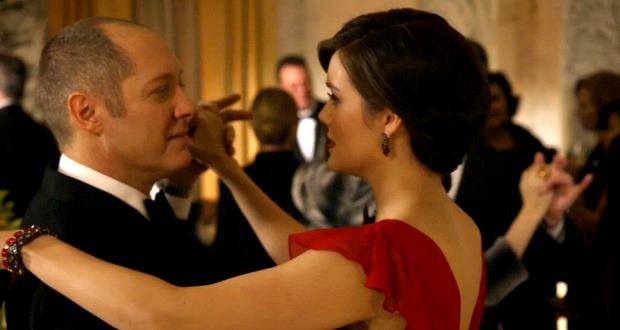 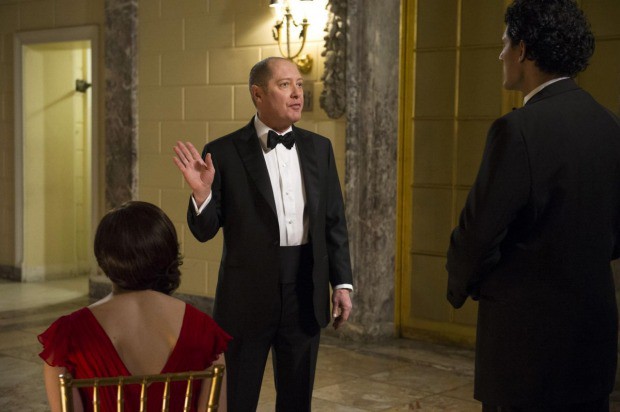 “The Blacklist” returns with the second half of season two on Feb. 1, 2015 (such a long time away!). To tie us over, I thought I’d revisit one of my favorite scenes from season one, which took place in the episode titled “Madeline Pratt.”

The story follows Liz helping Tom adjust to the impending adoption (oh, how times have changed), while Red reveals a woman from his past as a target. But my favorite part of the story involves Red convincing Liz to pull off a heist at the Syrian Embassy, a plotline that reminds me of the opening scene in “True Lies,” as well as “To Catch a Thief,” the 1955 Hitchcock caper starring Cary Grant and Grace Kelly.

The beauty of James Spader is that he lets you know there’s so much going on inside Red’s head, without actually telling you what it is. As the series moves along, we learn little tidbits of his life as Spader peels back the onion bit by bit.

In the Syrian Embassy plotline, Liz gets to be the burglar. As she and Red dance at the elegant ball, he tells her, “Lizzie, I know this must be very difficult for you, but we can’t both lead.” And then, “You’re not a cop tonight. You’re a criminal. You’re gonna be fine. Just be yourself.”

There’s a scene where Liz is captured and held in the basement of the building, and Red waltzes in with this amazing dialogue in full-blown queen mode.

Raymond ‘Red’ Reddington: “There you are. What the hell happened to you? You just leave me stranded with that awful Algerian! He’s been hitting on me for 20 minutes!”

Embassy Guard: “Sir, this is a secure area.”

Raymond ‘Red’ Reddington: [to guard] “Well, not secure enough, if you ask me, sister. You know what? Why don’t you ask Rasil? We wouldn’t even BE here if it weren’t for that troublemaker. Always an agenda with him. Cultural attache. Culture, my ass. [Points at Lizzy] The things I do for this one. Gallivanting around the globe for your little assignations with you know, hmm-hmm. Carrying her furs and bikinis as if I wouldn’t rather be back in Duchess County my Shelties. Hey, don’t take anything for granted. Everything you have was bought and paid for by your boyfriend.”

Raymond ‘Red’ Reddington: [to guard] “Do you have any idea whose horn this tramp is blowing? Let’s just say it starts with Bashiar and ends with Assad, gassing you faster than a Sunni. So let’s get her out of the hot seat and into a limo. Good God, crumbs up!”

Raymond ‘Red’ Reddington: “Your cummerbund. Pleats up. You look like Bob Yashimura in eighth grade swing choir. It’s upside down.” [Red punches out the security guard]

Elizabeth Keen: “What the hell was that?”

Raymond ‘Red’ Reddington: “I don’t know, it just felt so right in the moment.”

And that, my friends, is why James Spader is the best. I can’t find that particular scene on video, but here’s the backstory for this episode.