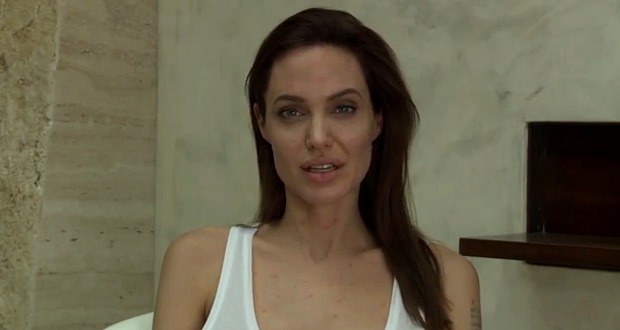 Opinions are mixed over on my Facebook page, but I tend to agree that Jolie is doing good work in the world and doesn’t deserve the badmouthing.

Then, her movie “Unbroken” is being snubbed on the awards circuit. And if that’s not enough, now she has the chicken pox. No, really. Fortunately for us, she came down with it AFTER the press conference attended by our own Paula Schwartz.

I wonder if she got it from one of her kids (who, if so, probably all have it right about now).

Angelina can’t believe it either. And by the way, where is she? It looks like they’ve put her in some underground bunker and are shuttling food through that little wooden thingie on the wall there.