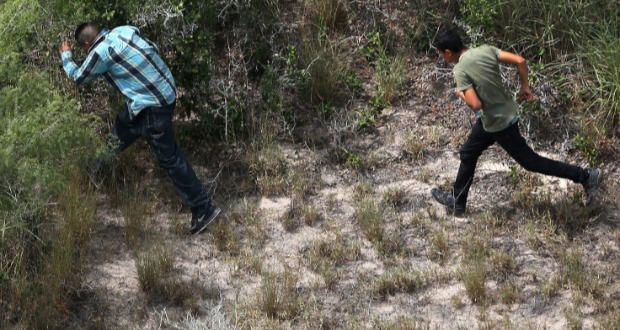 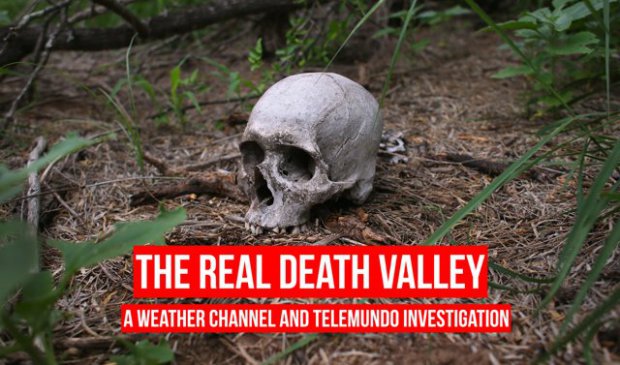 Emmy-winning correspondent John Carlos Frey has been covering stories about immigration and the border for more than a decade. “One of the strangest phenomenon is the mass numbers of people dying on the United States/Mexico border,” said Frey. “Most of the deaths were in Arizona and some were in California for a little while, but then I heard of this little county in Texas where bodies were showing up on private ranches, which was strange because it was 70 miles away from the border inside the United States.”

For more than a year, he researched and investigated, recovered documents and recordings and tried to piece together exactly what happened to these migrants in the sweltering Texas brush over the last five years. The result is the hour-long documentary, “The Real Death Valley,” which premiered on The Weather Channel this week. It was produced by the Emmy- and Peabody Award-winning team of Solly Granatstein and Shawn Efran for Weather Films, the award-winning digital documentary unit of weather.com.

The emotional story begins with Frey talking to investigators who are examining a young deceased female they just found on the trail. He was clearly affected by what he had seen. “That’s the part of the story that gets left out when people talk about illegal immigration,” he said. “They rarely talk about the individual and, if they do, they are automatically criminalized and stamped as bad people.”

He also follows the touching story of two brothers who made the trek to the United States for freedom away from gangs who had already attacked them in their hometown.

“I was born in Mexico and I have met these people who have come across,” said Frey. “They are human beings; generous, kind, meek people in desperate circumstances.  How do you solve the problem if you think of them as a bunch of criminals who we need to get rid of?”

To truly understand what these men, women and children endured walking this long, dry, hot stretch, Frey and one of his crew members loaded up with 50 pounds of gear, a backpack, camera and water and  walked the walk. It took its toll.

“Crank the heat up to 100 degrees and the humidity and go for a walk,” he said. “It doesn’t take long for your body to take a toll. I could only imagine someone who is diabetic, hasn’t had anything to drink, or who started to vomit because they drank from a pond. I started to get delirious, disoriented, tense, and nervous, and I’m in good shape. I can imagine someone who is a little overweight or elderly.”

Frey uncovered the lack of response from the border patrol and, without giving anything away, had some impact on changes that needed to be made. “If 129 people died in your small town, there would be an uproar and massive movement to try and stop it, but that hasn’t happened yet. In south Texas there has not been an emergency response to the amount of people dying.”

This film centering on immigrants is a powerful, must-see documentary. Check it out and leave thoughts below.

The Real Death Valley: The Untold Story of Mass Graves and Migrant Deaths in South Texas from Weather Films on Vimeo.