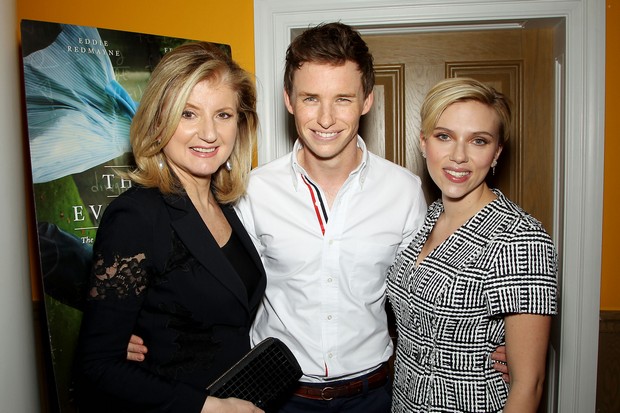 Scarlett Johansson made one of her first outings since giving birth to host a private screening of “The Theory of Everything” at The Crosby Street Hotel in New York City.

The actress, who has two movies coming up in 2015 —  “The Jungle Book” and “Avengers: Age of Ultron” — hosted the event in support of her friend and former co-star Eddie Redmayne, who plays Stephen Hawking in “The Theory of Everything.”

Check out the pics, and be sure to see the movie when it’s released in your city. It starts rolling out to theaters this Friday, and looks fantastic.

Also check out a preview and trailer for the movie in this week’s “New in Theaters.”