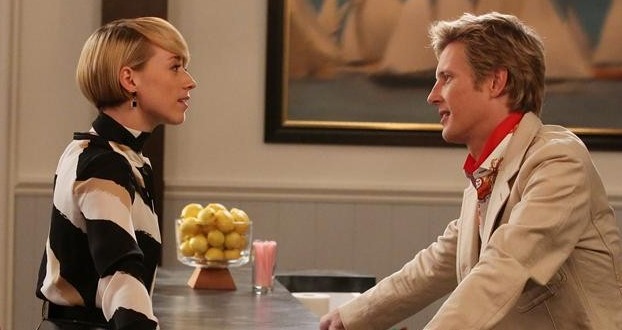 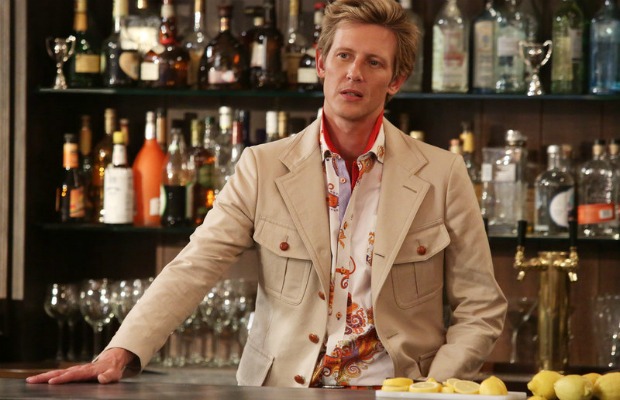 Finally, Emily (Amanda) and David meet one another. What? It’s not the warm and fuzzy reunion I was hoping for … it was actually a let down. David wasn’t overjoyed like I thought he would be, and Emily didn’t seem to take it as hard as I thought she would. Don’t get me wrong, she wasn’t happy, but I thought after the years of getting “revenge” on everyone, it would be more passionate. I guess they are building up to that.

After Victoria was electrocuted, Emily really wanted to just let her die. I don’t blame her, but David wasn’t very happy with her for not calling 911 after two requests from him. He soon learns of the hatred between the two of them. In the hospital, he hears both stories. Of course, I’m on Emily’s side, although she is pretty extreme with the way she goes about things. What did you think about their intense conversation? I think they both realized there is a lot more to learn about their pasts. I can’t wait!

Let’s see, how about we start with crazy Louise. Knowing Margaux is aware that Daniel slept with her (yuck), she left a note for him to meet her up in the room. Daniel thought it was Margaux, forgiving him, but he was surprised when Louise walked into the shower with him instead of Margaux. Luckily, he promptly got rid of her and released himself from her accounts. I know we haven’t seen the last of her, have we?

Nolan soon realized that he was wrong about Louise, too. He had buddied up to her at his new bar until he saw some photos on her iPad (she was in the ladies room) – photos that were photoshopped of her and Victoria in different settings. The look on Nolan’s face, and then exclaiming, “Why can’t I have a normal friend?” Poor Nolan. Anyway, he soon went to Margaux and upped the stakes to her proposal to hack into Louise’s sealed criminal file. (Margaux wants her own revenge on Louise after Louise tried to steam her to death.)

The FBI is now involved in the murder of the man who held Charlotte. Jack was asked to assist on the case, which really ticked off his partner. Jack isn’t that keen on it either, for obvious reasons. He is always stuck in the middle of everything. I just hope he doesn’t go down for being involved … which he is only doing to protect Emily.

Daniel and Emily. Hum, they’ve had two scenes together in the past two weeks. This last one was interesting. He prompted her to not give up on her dad after just one fight (after all the hell she put him through). I secretly want them to have a thing again – only because they are a couple in real life, and it would be great to see him be a good guy – although she and Jack belong together, I know.

Victoria is still up to her evil ways. I never know when she is telling the truth or not – she’s usually not. The way she is trying to keep David and Emily apart is so frustrating. I’m sure Emily will win out in the end.

That last scene at the hospital, I’m still confused. Was Emily going to kill Victoria? It was convenient that she happened to be there when the “fake” doctors tried to take David. She kicked their butts and as we found out later, caught one and is holding him hostage to get information – by what looks like torture. Emily, when are you going to stop! I guess she’s gone this far and they obviously wanted David for a reason. She just needs to find out why, and I’m sure she will.

Looks like our show is still full of fun surprises. I’m looking forward to why they wanted David. I hope he isn’t a bad guy.

So what did you think of the episode, “Revenge” fans? Is David a good guy or bad guy? What do you think is in Louise’s criminal files? Will Victoria ever tell the truth about anything? Leave comments below!