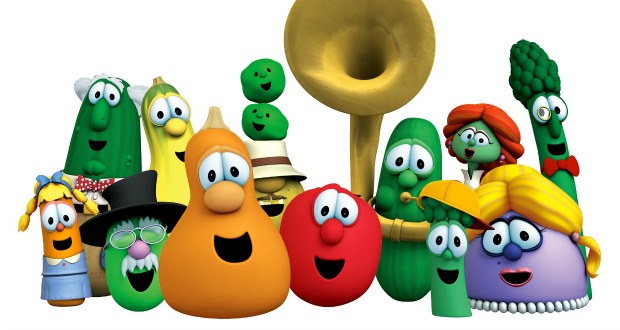 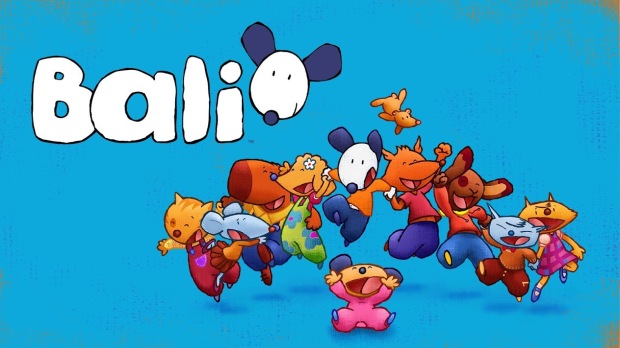 Another month has arrived, and along with it, plenty of excellent new titles on Netflix for kids and teens, including a VeggieTales reboot, a cute puppy named Bali, and a classic Disney movie starring Billy Campbell and a jetpack machine.

Let’s take a closer look at November Netflix releases for kids and teens.

Babes In Toyland (1961; G) – OK FOR KIDS 4+. Ray Bolger, Tommy Sands, Annette Funicello, Ed Wynn and Tommy Kirk star in this classic musical that takes place on the wedding eve of Tom the Piper’s Son and Mary Quite Contrary. An evil miser, stolen sheep, and a band of gypsies all play into this film directed by Jack Donohue.

Bali: Season 1 (TV-Y) – OK FOR KIDS 2+. This animated television show is based on a series of French children’s books by Magdalena and Laurent Richard. The show follows the adventures of Bali, a modern preschool puppy, his mom and dad, and Kikou, his stuffed animal. Facing the everyday incidents of childhood with curiosity and imagination, Bali enjoys life in the city with his family.

Kingpin (1996; PG-13) – OK FOR KIDS 15+. Woody Harrelson, Randy Quaid and Bill Murray star in this Farrelly Brothers’ movie about a star bowler whose career was prematurely “cut off” and who hopes to ride a new prodigy to success and riches.

Portlandia: Season 4 (TV-14) – OK FOR KIDS 14+. A parade of stars traipse through this quirky sketch-comedy show conceived and written by Fred Armisen and Carrie Brownstein. I have a friend who lives in Portland, and she says the show is a good barometer of Portland life. 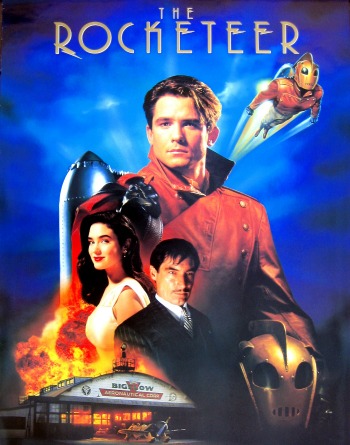 The Rocketeer (1991; PG) – OK FOR KIDS 10+. Billy Campbell, Jennifer Connelly, Alan Arkin, and Timothy Dalton star in this Disney movie about a young pilot who stumbles onto a prototype jetpack that allows him to become a high flying masked hero.

Spike (2008; G) – OK FOR KIDS 4+. An elf loses the letters to Santa Claus sent by children all around the world and must attempt to retrieve them from a bank vault guarded by penguins in this cute animated tale.

The Princess Diaries 2: Royal Engagement (2004; G) – OK FOR KIDS 6+. As the newly crowned princess of the tiny European country of Genovia, teen Mia Thermopolis (Anne Hathaway) learns an arranged marriage may be in store for her. Garry Marshall directs this Disney sequel that’s just as good as the first movie.

Virunga (2014; Not Rated) – Netflix Original – OK FOR KIDS 14+. Determined to protect the last population of Africa’s mountain gorillas, Congolese wildlife officials must contend not only with outlaw poachers, but the effects of fierce combat between government forces and die-hard insurgent groups in this important documentary directed by Orlando von Einsiedel.

Louder Than Words (2014; PG-13) – OK FOR KIDS 13+. After the unexpected death of their daughter, a couple, Stephanie and John Fareri (Hope Davis, David Duchovny), work to build a state-of-the-art children’s hospital where families are welcomed into the healing process.

Helix: Season 1 (2014; Not Rated) – OK FOR KIDS 15+. Summoned to an Arctic research facility to investigate a possible outbreak, a team from the Centers for Disease Control makes a shocking discovery: The outpost is host to a previously unknown virus that could wipe out every human on the planet. Billy Campbell and Jeri Ryan star. 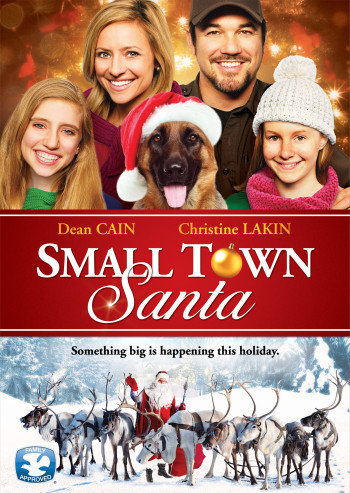 Small Town Santa (2013; PG) – OK FOR KIDS 10+. Already lacking any holiday spirit on the eve of Christmas, Sheriff Rick Langston (Dean Cain) sees his world turned upside down after he arrests a home intruder claiming to be Santa Claus. Will Rick find his inner elf with help from the new girl in town?

Doc Martin Series 6 (Not Rated) – OK FOR KIDS 14+. Crippled by a sudden and inconvenient fear of blood, flashy surgeon Dr. Martin Ellingham (Martin Clunes) abandons his bustling London practice and sets up shop as a country doctor in this British dramedy.

Sinbad: The Fifth Voyage (2014; PG-13) – OK FOR KIDS 13+. When the Sultan’s first born is taken by an evil sorcerer, Sinbad is tasked with traveling to a desert of magic and creatures to save her. Patrick Stewart narrates this classic tale starring Shahin Sean Solimon as the title character.

Wolfblood: Season 2 (TV-PG) – OK FOR KIDS 11+. Being a teenager is hard enough. Being a Wolfblood teenager is ten times more complicated. Fourteen-year-old Maddy loves her abilities – heightened senses, being faster, stronger and more graceful – but hates the secrets that come with them.

Ida (2014; PG-13) – OK FOR KIDS 14+. Raised in a Catholic orphanage during the Nazi occupation of Poland, Anna (Agata Trzebuchowska) is poised to join the order when she learns she has a surviving aunt. But visiting the woman before taking her vows uncovers some inconvenient truths about her heritage.

Nikita: Season 4 (TV-14) – OK FOR KIDS 14+. Nikita (Maggie Q) is one of the most highly skilled assassins on the planet, and her target is the mysterious corporation that created her. The Division, as it’s known, picks up at-risk teens to train as killers, and Nikita will do anything to bring it down. Shane West also stars.

Beyond the Edge (2013; Not Rated) – OK FOR KIDS 14+. Edmund Hillary’s 1953 ascent of Mt. Everest was an event that amazed the world and led to a new age of mountaineering and ambitious exploration. Hilary’s triumphant saga is retold in this documentary directed by Leanne Pooley, using both modern footage and recordings and photos from the time.

Bomb Girls: Season 3 (TV-PG) – OK FOR KIDS 14+. Focusing on a group of women working in a Canadian munitions factory during World War II, this ensemble drama depicts the dangers and new experiences they face. While drawn from diverse backgrounds, the women form strong bonds. 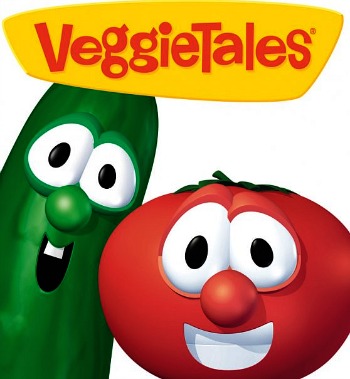 VeggieTales in the House (2014; Not Rated) – Netflix Original – OK FOR KIDS 4+. The beloved faith-based brand reignites with a fresh look and all-new adventures. Join Bob the Tomato, Larry the Cucumber, and all their veggie friends as they explore new areas of their wondrous house while singing catchy, original songs in each episode. Perfect for young families, this laugh-out-loud comedy seamlessly weaves good moral values into each episode in a fun, exciting way for Veggie lovers of all ages.

Bill Cosby 77 (2012; TV-G) – Netflix Original – OK FOR KIDS 10+. Bill Cosby invites you in to share his birthday and 77 years of laughs, wisdom and hilarious insights in his latest stand-up special. Dr. Cosby shares intimate and wildly entertaining stories from his childhood, first loves, and the endless adventure of parenthood. Directed by Robert Townsend and shot at the San Francisco Jazz Center, this special features the comedian at the top of his craft.

The Grand Seduction (2013; PG-13) – OK FOR KIDS 14+. The cash-strapped burg of Tickle Cove must persuade a doctor to move to town if they want a plastics manufacturer to build a new factory there. But selling the advantages of the tiny Newfoundland village to a young professional won’t be easy. Brendan Gleeson and Taylor Kitsch star.