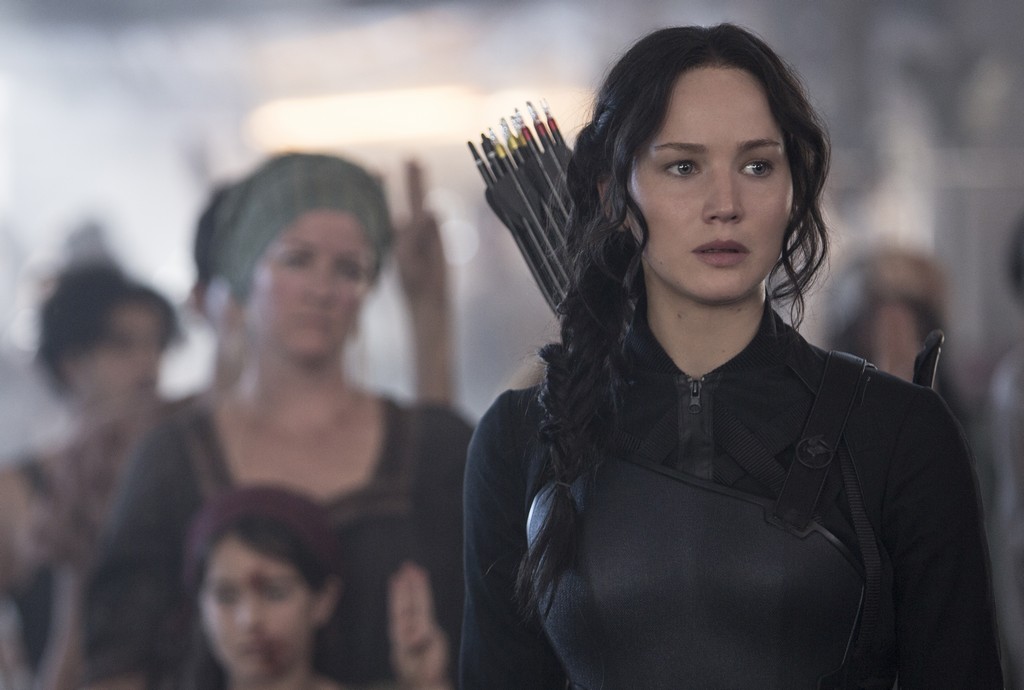 Finally, at long last we have the next installment of “The Hunger Games” franchise this week. “Mockingjay, Part 1” hits the big screen, and … not much else.

In limited release (generally in New York and/or Los Angeles), we have “A Girl Walks Home Alone at Night,” “Happy Valley,” “Extraterrestrial,” “The Mule,” “Reach Me,” and “VHS: Viral.” You may also see “Foxcatcher” and “The Theory of Everything” in more theaters this week, as well. But the only film opening wide is “Mockingjay.” Here’s the scoop…

The worldwide phenomenon of “The Hunger Games” continues to set the world on fire with “The Hunger Games: Mockingjay – Part 1,” which finds Katniss Everdeen (Jennifer Lawrence) in District 13 after shattering the games forever.

Under the leadership of President Coin (Julianne Moore) and the advice of trusted friends, Katniss spreads her wings as she fights to save Peeta (Josh Hutcherson) and a nation moved by her courage. Directed by Francis Lawrence from a screenplay by Danny Strong and Peter Craig, this movie is based on the third novel in a trilogy written by Suzanne Collins.

I’ve read all the books and love these movies. Jennifer Lawrence is the perfect Katniss.