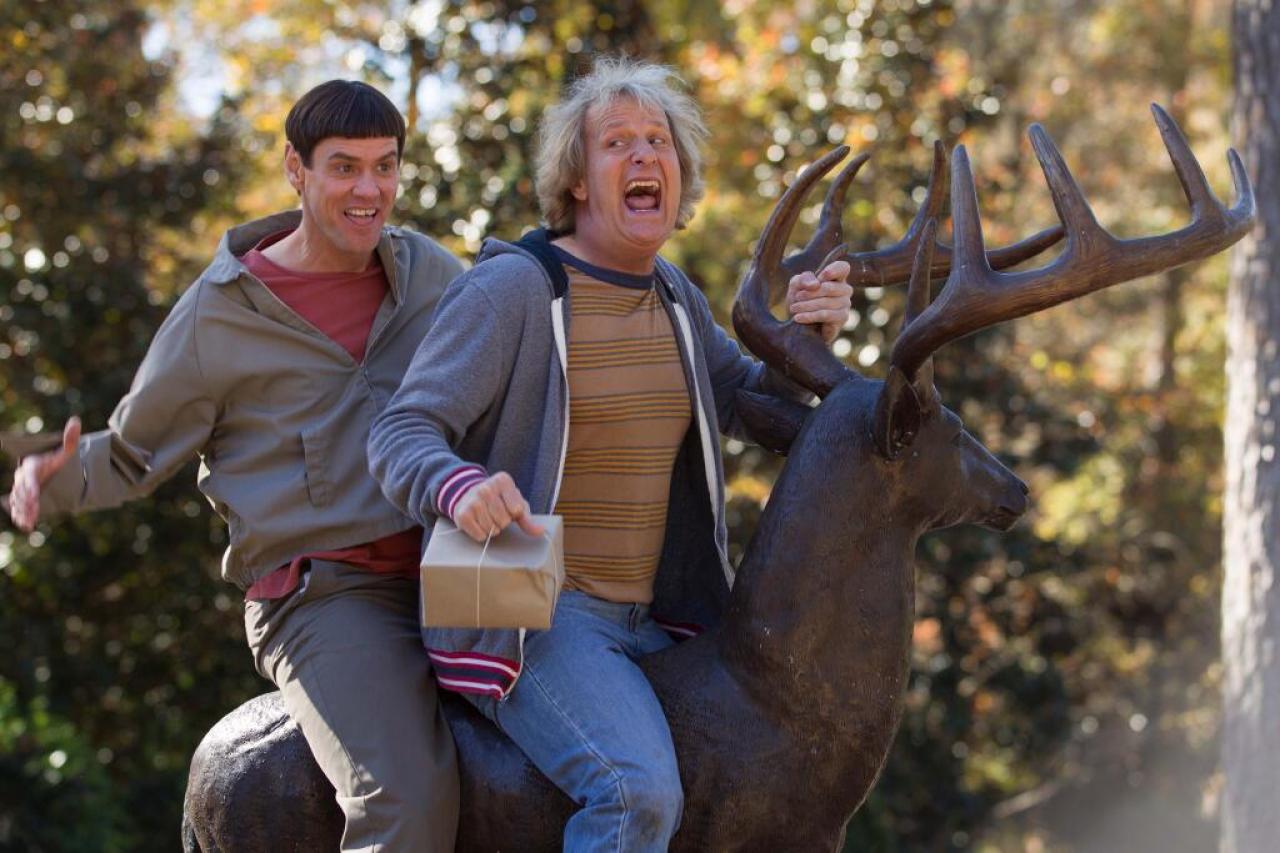 Drawn to each other, Noni and Kaz fall in love, despite the protests of others who urge them to put their career ambitions ahead of romance. But ultimately, Kaz’s love gives Noni the courage to find her own voice and follow her own dreams. Directed and written by Gina Prince-Bythewood, this movie also stars Minnie Driver, Aml Ameen, Danny Glover and Aisha Hinds.

Yes, it’s been 20 years since that first movie. Now the dimwits are on the road in search of one of their long lost children in the hope of gaining a new kidney.  Directed by Peter and Bobby Farrelly, this movie also stars Kathleen Turner, Laurie Holden, Rob Riggle and Paul Blackthorne.

When Olympic Gold Medal-winning wrestler Mark Schultz (Channing Tatum) is invited by wealthy heir John du Pont (Steve Carell, in a chilling performance) to move to the du Pont estate and train for the 1988 Seoul Olympics at his new state-of-the-art facility, Schultz jumps at the chance, hoping to focus on his training and step out of the shadow of his revered brother, Dave (Mark Ruffalo).

Driven by hidden needs, du Pont sees backing Schultz and the chance to “coach” a world-class wrestling team as an opportunity to gain the elusive respect of his peers and, more importantly, his disapproving mother (Vanessa Redgrave). But things soon spiral into erratic behavior, paranoia, betrayal and tragedy. Based on a true story and directed by Bennett Miller (“Capote,” “Moneyball”), look for “Foxcatcher” to do well this awards season.