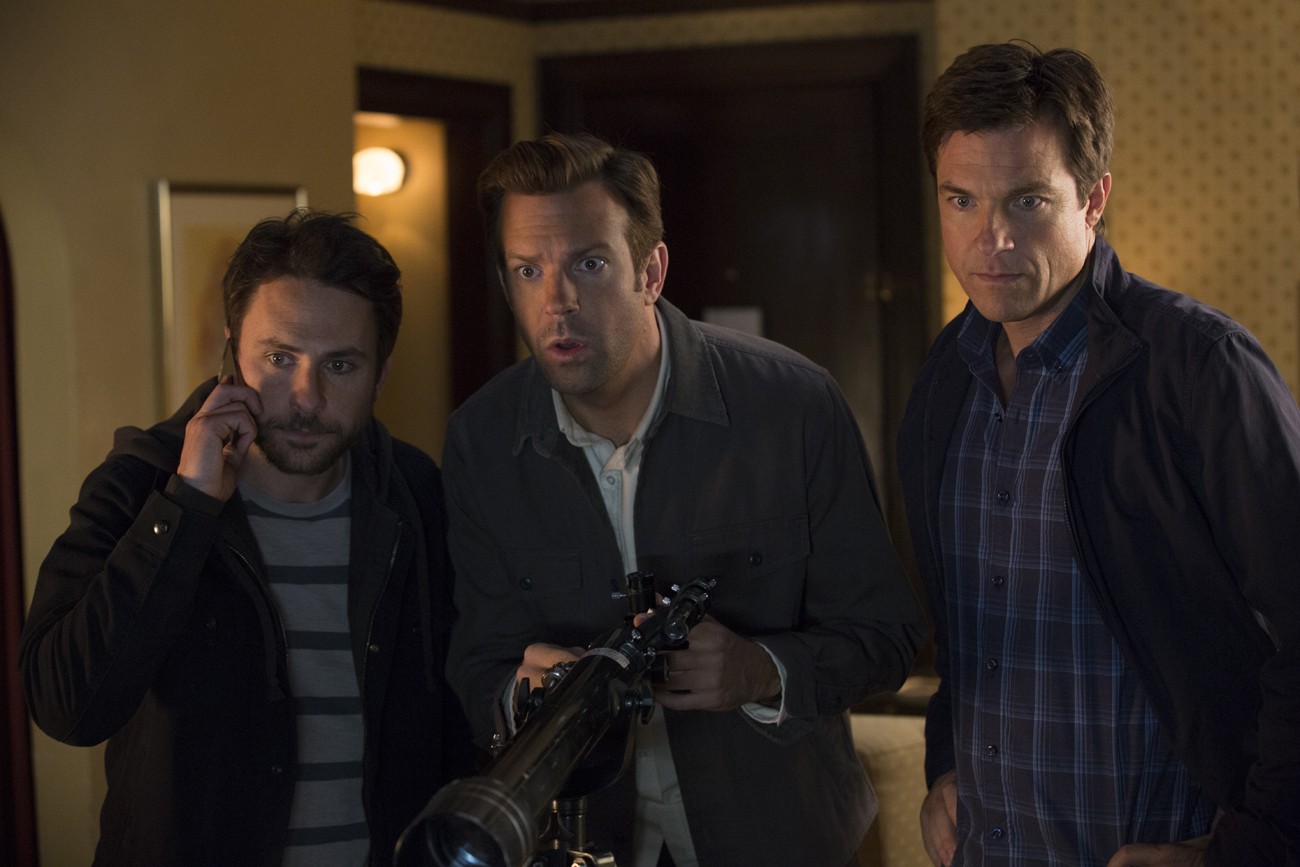 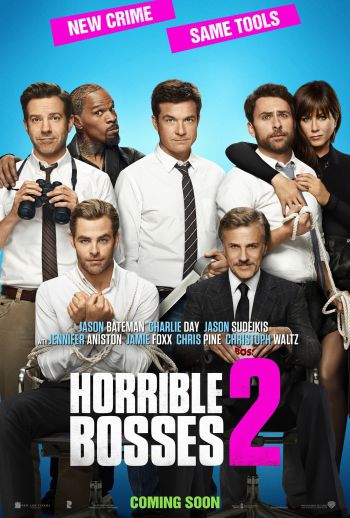 SYNOPSIS: Dale, Kurt and Nick return in this sequel and decide to start their own business. But things don’t go as planned because of a slick investor, prompting the trio to pull off a misguided kidnapping scheme.

Honestly, I did not expect to like this movie, as I’m not usually one for crude comedies. But the three leads — Jason Bateman, Charlie Day and Jason Sudeikis — have great chemistry, and you can tell they had a blast making this movie. It’s always a bonus if you feel like the cast and crew had a great time during filming. I laughed all the way through it, and would put it squarely on par with “The Hangover,” another favorite smart comedy that also happens to be rated R.

The story follows Nick (Jason Bateman), Kurt (Jason Sudeikis), and Dale (Charlie Day) who having been freed from their horrible bosses in the first movie, decide to go into business selling their new invention, the “shower buddy.”

But things go horribly wrong when a ruthless businessman (Christoph Waltz) orders 100,000 units of the shower buddy, and then cancels the order, hoping to swoop in and buy up the company. With their livelihood at stake, the guys decide to kidnap the businessman’s equally horrible son, Rex (Chris Pine). Turns out he WANTS to be kidnapped for a cut of the ransom money. Pine usually gets the charming, handsome roles, so it’s fun to see him as a real loser here.

Like the first “Horrible Bosses” movie, this sequel is funny and smart. But make no mistake, much of the humor relies on crude sex jokes — especially when Aniston’s character is in the scene — so if you’re easily offended, you’d best skip this one. Frankly, I’m surprised I liked it as much as I did. I guess sometimes you just need a good laugh.

Bateman, Day and Sudeikis work best as a unit, and fortunately, they’re together in nearly every scene, with Sudeikis and Day providing snappy banter and Bateman playing the straight man with deadpan comments. Their comedic timing is perfect.

Sex/Nudity: Strong sexual innuendo and jokes throughout. The guys’ innocent demonstration of the shower buddy is made to look like two guys engaging in oral sex. Aniston’s character is in a sex addiction group. A sex act is shown in grainy surveillance footage, with a man’s naked bottom shown thrusting.

Violence/Gore: Several characters are shot, and blood is shown. A car chase involves near-crashes. A character punches himself in the face, resulting in bloody bruises.

Which Kids Will Like It? Kids 17 and older who liked the first “Horrible Bosses” movie or R-rated comedies like “The Hangover.”

Will Grownups Like It? “Horrible Bosses 2” is crude, lewd and very funny.