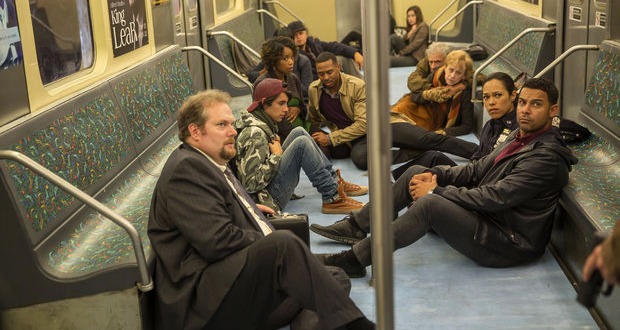 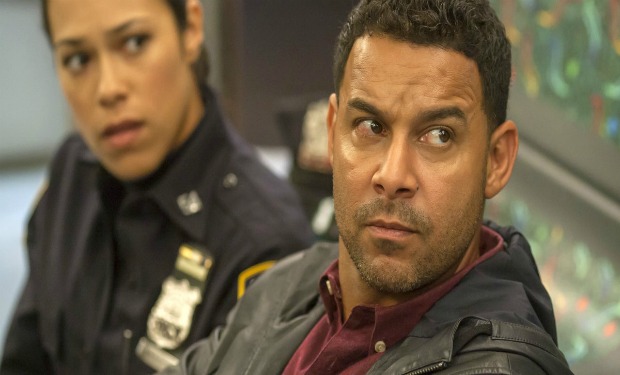 I love “Castle.” The characters are great, and they all seem to have chemistry. Even Captain Gates (it still bugs me that she likes to be called Sir) has grown on me. Ryan and Esposito are terrific partners. They are very different, but always have each others back. I liked their conversation in the car when Espo asked how married life was. Ryan told him it was great and didn’t like missing a minute of his daughter growing up. Espo seemed like he was a little sad. He asked Ryan if he thought he would be a good dad, even though he didn’t have a role model. Ryan told him he would be great and would know how not to make his kid feel – meaning, he would be present for the child and we know too, that he would be great. I hope the producers plan a wedding and baby for he and Lanie. Wouldn’t that be great?

In this episode, Jared Stone, an activist and hacker to Wall street, is a pawn in an elaborate scheme to blow up some of the one-percenters who are to attend a wealth management meeting. Paul Reeves, who was found shot in the head in a park, had received a call from Jared before his killing. Paul was a government investigator who oversaw hospitals and medical services who had government contracts. Espo goes to find Jared and happens upon the subway train that Jared is riding. Things go sideways and the train is hijacked by Jared, who has a suicide vest on with a “dead mans” kill switch – that’s just great.

Espo and an officer, Marisa Aragon, try and keep Jared calm. Espo happened to have his phone on and Ryan heard what was going on. When they finally get a video of the subway, the team thinks Jared is a terrorist – explosive vest and all. That’s what I would have thought too. Jared sees the camera and shoots it out, Lanie notices on a tape play-back that Jared looks sick. They deduce that it could be what Paul Reeves was investigating – imagine that? They are figuring it out. Kidding.

Espo and the officer plan a take-down and it works. They tackle Jared as he takes a breath from his inhaler, which happens to be laced with a very infectious disease. Jared was a pawn (he said he wouldn’t have hurt anyone) for a bigger fish. The plan was for him to get to the meeting and spread the disease, possibly causing a pandemic. Yikes, that kind of stuff really scares me – like Ebola. I don’t wish that on anyone.

It ends up that Paul’s co-worker, Carol (I didn’t like her from the start) was behind it all. Beckett was sure mad at her during the interrogation. I liked it!

Maybe the producers are getting ready for Esposito and Lanie to tie the knot. The scene with Marisa leads me to believe so. Marisa told Espo that he said Lanie’s name during the take down when they could have been killed – she said that has a lot of weight. I think so too – and I liked Lanie and Espo’s embrace when he returned to the precinct and she told him she had been worried sick. Ah.

And then our silly Castle, so funny, wants to celebrate and says, “… let’s go to the old haunt, we’ll take the subway.” The team gives him a look. Castle: “Too soon? Please accept this as a token (he has a subway token) of my apology.” He revels at his joke and adds, “Am I on the wrong track: ” I love his child-like behavior – and I know Beckett does, too.

Did you like this episode? Do you want Lanie and Esposito to get married? Please leave any comments below.