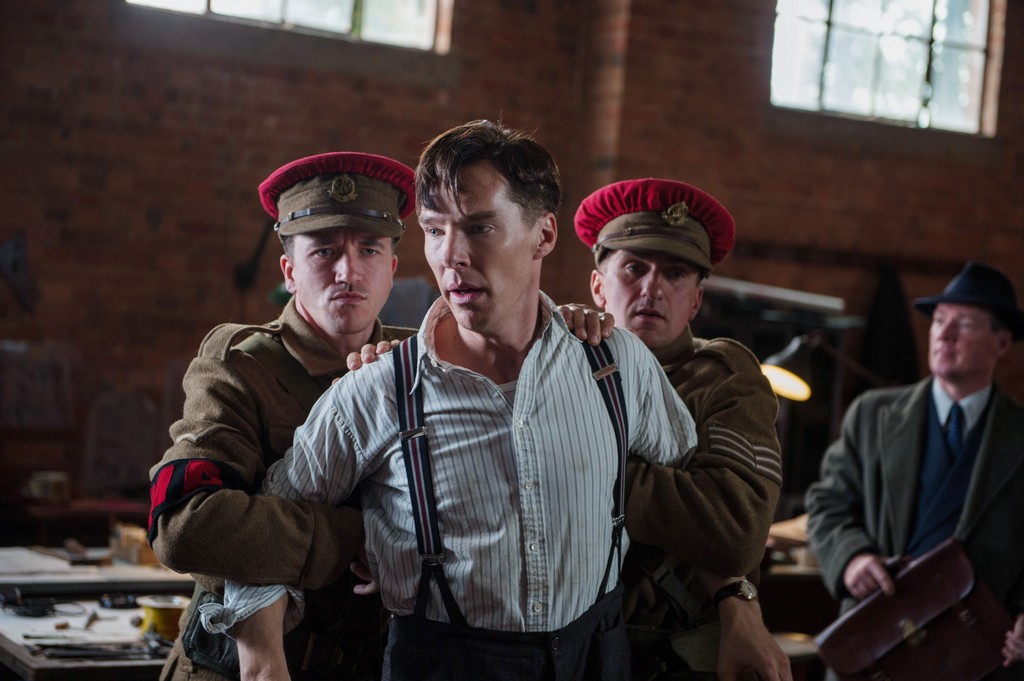 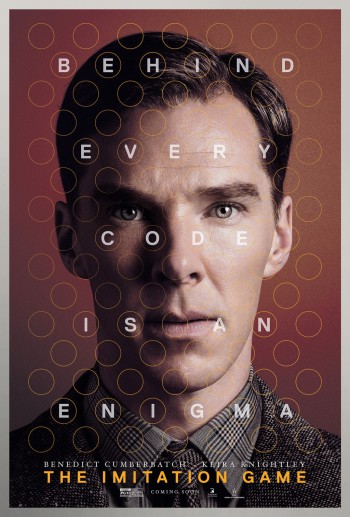 While Bradley Cooper was doing lively impersonations of director Clint Eastwood after a BAFTA screening of “American Sniper,” at a Times Square movie theater Monday evening, just a few blocks away the glittery premiere of “The Imitation Game” that stars Benedict Cumberbatch took place at the Ziegfeld Theater, where the Oscar contender made an appearance on the red carpet with his fiancée Sophie Hunter. (More on my report of “American Sniper” screening to come.)

“The Imitation Game” was also the focus of attention the night before at the same midtown theater where we’d just seen “American Sniper” and where it also screened for the same BAFTA crowd. Benedict Cumberbatch and Keira Knightly stopped by after the screening Sunday night to talk about the film, along with director Morten Tyldum, screenwriter Graham Moore and producer Nora Grossman.

“The Imitation Game” is a British-American thriller about real life Brit mathematician and computer pioneer Alan Turing, who cracked Nazi German’s Enigma code which, according to a coda in the movie, shortened World War II by possibly two years and saved 14 million lives. His work was kept secret for some 50 years, so he was never known as a hero until recently when the government recognized his efforts and issued an apology for his mistreatment. After the War, he was criminally prosecuted for his homosexuality and sentenced to chemical castration or prison. He chose the former.

It’s a terrific film and got a rapturous reception, as you would expect from the British crowd, and Cumberbatch is now an Oscar frontrunner.

During the Q&A, Cumberbatch got very emotional talking about Alan Turing and how badly his country treated the mathematics genius. He seemed to choke up several times.

“He should be in science books and should be on bank notes,” Cumberbatch noted. “He’s that profoundly important in science and a war hero and an icon. It’s extraordinary what he accomplished in a 41-year-life span, and the urgency for me to tell this story was magnified by how ridiculous, perverse, horrific his fate was, the fate that was meted out to him by the very government and democracy that he helped rescue from fascism. It turned on him in a very fascist way.”

Cumberbatch added that Turing endured chemical castration rather than go to prison, which would have interrupted his work. “This beautiful, brilliant, unique brave mind and man and body that excelled at athletics, as well as an immensely brilliant thinker, was driven to a point where he committed suicide by swallowing cyanide.”

The actor enumerated how difficult Turing’s life was as a child, how “uniquely sensitive to this world and environment,” he was. “His parents were in the diplomatic service,” which meant he had a constant sense of dislocation, Cumberbatch explained.

“He had a stammer and that, to me, was the beginning of realizing this man felt so keenly the world he was a part of, and it was a very brutal world for a child, that his sexuality was deemed to be contraband, morally perverse and all the things that were outlawed in that intolerant time.”

Cumberbatch went on to say homosexuals still endure this mistreatment in Russia, Turkey and the Middle East. “He (Turing) chooses a drug over imprisonment so he can carry on working, because that’s the one love he has left, the one precious thing, and this drug debilitates him and corrupts his mind … the one faculty he has left availed to him, the only way, the only way out of all these closed doors is to take his own life, and the tragedy of all that is incredibly intense.”

Keira Knightly also plays a real-life person, Joan Clark, the only woman on the Enigma Code breaking team. She said she knew hardly anything about Alan Turing until she read of his pardon in 2009 and of the government’s apology. There is a YouTube clip of an interview with Joan Clark when she is in her 80’s that Knightly said she studied. In the clip – watch it here — Clark talks about her brief engagement to Turing which is featured in the film.

“She had kind of an amazing life and a sense of protection for him (Turing) that I thought was wonderful to see,” Knightly said. “She was a woman desperately trying to get through the glass ceiling and desperately trying to get a place at the table, and I thought it was really interesting that she does it so quietly and with such great grace and kindness and not like a bull in a china shop. I’m more like a bull in a china shop, so we thought that was very smart of her.”