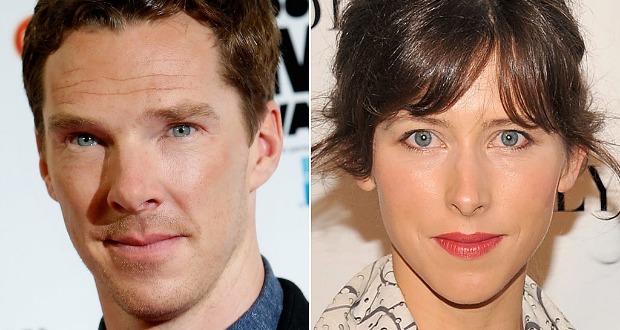 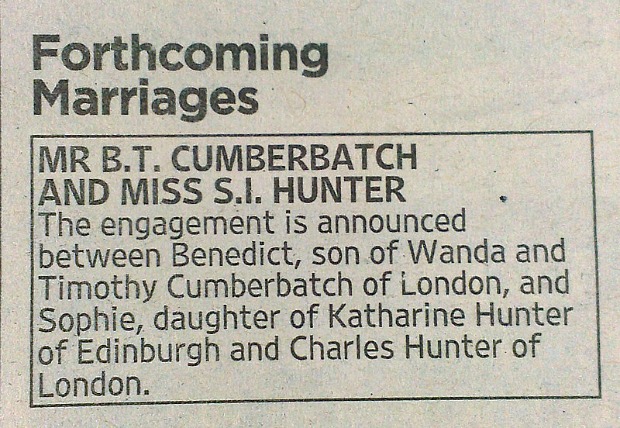 Cumberbatch and his love, Sophie Hunter, told the world of their engagement old-school – through an announcement they (or their parents) paid for in the local paper.

It’s charming, really. They didn’t let the tabloids get a jump on the news, they didn’t sell it to People magazine for an egregious amount of money, they just quietly announced it in this morning’s “Forthcoming Marriages” section of The (London) Times.

The announcement read: “Mr BT. Cumberbatch and Miss S.I. Hunter: The engagement is announced between Benedict, son of Wanda and Timothy Cumberbatch of London, and Sophie, daughter of Katharine Hunter of Edinburgh and Charles Hunter of London.”

The “Sherlock” actor’s rep confirmed the news: “I am delighted to confirm this morning’s announcement that Benedict Cumberbatch and Sophie Hunter are engaged.”

Hunter and Cumberbatch met on the set of the 2010 film, “Burlesque Fairytales.”

We wish the future newlyweds lots of bliss!