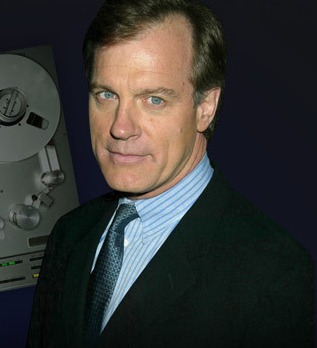 UP TV (formerly Gospel Music Channel) announced today that it would be dropping reruns of ‘7th Heaven’ amidst media reports that one of its stars, Stephen Collins, is the subject of criminal investigations involving child molestation.

Charley Humbard, president & CEO, UP said: “As a top family-friendly network, we are deeply concerned for the families that are potentially affected by these disturbing allegations surrounding actor Stephen Collins. ‘7th Heaven’ has been a beloved family show and a fan-favorite on our network. We have made the decision to remove the series from our schedule effective at 5 p.m. ET today.  We will continue to monitor the situation and listen carefully to our viewers.”

Collins played the pastor and patriarch, Rev. Eric Camden, on the long-running show which launched the careers of Jessica Biel and Barry Watson.

The 67-year-old Collins is in the middle of a nasty divorce with his estranged wife, Faye Grant (V, Greatest American Hero). TMZ obtained an alleged confession where the actor admitted to child molestation and was specific about the incidents.

After media reports of the allegations hit social media, Collins was fired from his role in the upcoming Seth MacFarlane comedy, “Ted 2.” He also resigned from his position on the SAG-AFTRA board.

‘7th Heaven’ will be replaced with reruns of  ‘Supernanny,’ ‘Touched By An Angel,” and ‘The Parkers’ in its various timeslots.