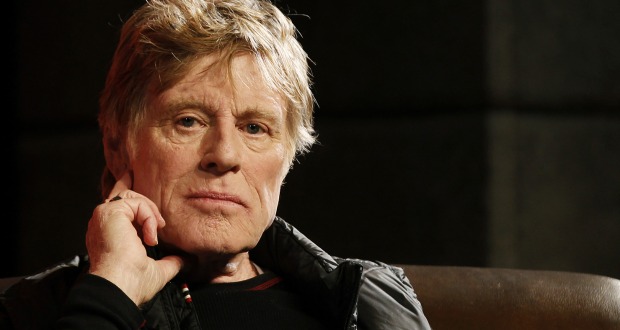 Robert Redford will be the recipient of the Chaplin Award on April 27, 2015, presented by the Film Society of Lincoln Center.

The Sundance Kid can add this honor to his many other accolades, including his best director Oscar for “Ordinary People” in 1980. The hoopla, speeches and elegant gala dinner for the actor-producer-director-environmentalist and founder of the Sundance Film Festival and Institute are sure to bring out his many movie star friends along with indie filmmakers who will immortalize him with heartfelt and, I hope, humorous speeches.

The press release announcing this award was only fitting, since it was a little over a year ago that the star of J.C. Chandor’s “All Is Lost,” was present at last year’s New York Film Festival for the movie’s premiere.

The Chaplin Award Tribute is presented to honor a filmmaker’s work, notes the release, “both in front of the camera and behind, and a salute to his continued commitment to the independent film community through his nonprofit Sundance Institute and internationally recognized Film Festival. A host of notable guests will also be in attendance to help commemorate this special occasion.”

Last year, Redford was in New York to receive the best actor award from the New York Film Critics Circle for “All Is Lost.” He spoke of his roots in the New York theater community and how much these early years meant to him. In acceptance speech, he reminisced, “I found out how important craft was and what comes with craft is discipline, and they’re very valuable qualities to me because I wasn’t the most disciplined character at that time, so I have great reverence for my peers.”

He paraphrased a poem by T.S. Elliot to explain the journey of his career, which culminated in the making of “All Is Last” and the award by the New York Film critics. “The poem goes something to the effect that you come to the end and make a beginning and see it for the first time and what we call the beginning is often the end, and to make an end is to make a beginning. I think that’s what happened to me in this film. I had the chance to be invested in the purest form of just being an actor again.”

Redford told me how much it meant to him to be honored by the New York Film Critics and to be back in New York. “I feel very uplifted, primarily to hear all my colleagues talk about their love of their work and acknowledging each other. I think that and the fact that I was honored by the New York critics, those two things together, made my evening.”

Being back in New York for the Chaplin Award will be an emotional and uplifting evening for the actor who will be lionized for a career that includes Broadway credits, big budget Hollywood movies and independent films.