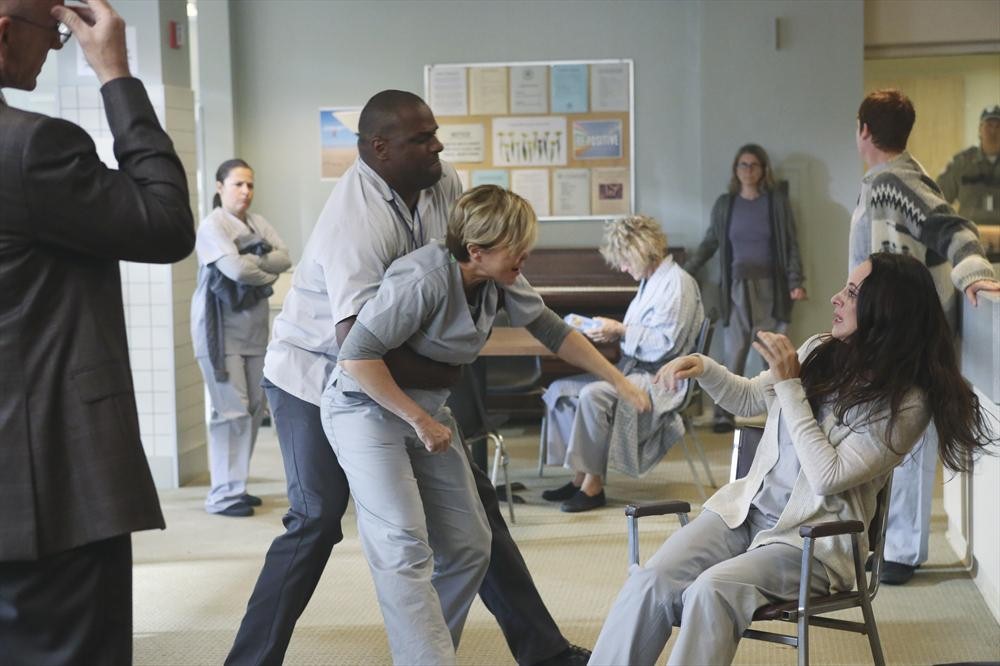 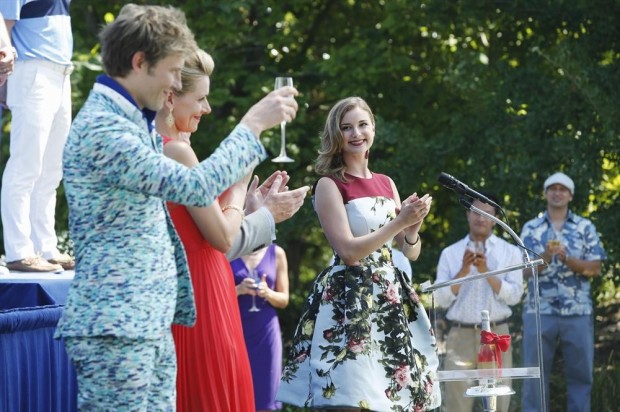 Sorry everyone. I missed the “Revenge” season four premiere on Sunday, but watched it last night. As always, I wasn’t disappointed by the craziness, the high intensity and the “shock moment” (David Clarke’s return) that the writers seem to fit into every episode. I don’t know how they do it!

Emily is full on with her plan to finish the Grayson family off. She was able to get Victoria “committed” at the end of last season, but Victoria, god love her, is pretty darn good at scheming herself and was able to bust out. Wasn’t that just like her? I wonder if she’ll ever rescue any of her “cell” mates from the nut house. Probably not.

Jack as a police officer? Really? It just doesn’t fit him, but his explanation was reasonable. What do you think? And what the heck is going on with Charlotte? Again, her character is going nowhere, and now she is with that bad boy Gideon, Marguax’s bro – or, as Nolan calls him, “two parts Madoff, one part Manson.” I guess they have to keep her for the big reunion (it looks like that will be next week) with Emily and David – her family!

Yes, David. I’m really excited that he’s back. He was never really there, except for the flashbacks. It’s going to be fun!  And can you imagine what Emily/Amanda’s look and reaction will be when she sees him – since he is why she is getting rid of the Graysons one by one? I can’t wait!

What did you think about the new girl, Nancy, whose husband was killed in the boating accident? The whole scene at Emily’s Memorial Day party was pretty elaborate – the rich couple that she set up (the husband who had a mistress and was also the one responsible for Nancy’s husband’s death) – realizing that Emily was just getting “revenge” for Nancy. But Nancy wasn’t very happy at all.

I thought her statement was actually a good message for all of us: “I’m sick of hating. It’s a useless, crippling emotion. Then what? I live the worst day of my life over and over again? Nothing can bring back the people we love.” Seriously, I thought that was really profound.

I liked when Nolan told Emily she was an addict for the pain and hurt of others. He told her she needed to stop. But Emily told him that’s who she is now. It’s basically what she lives for – and unfortunately, she knows he’s right, but won’t change to the “snowflake” he said she really was.

Do you like Margaux’s new hair style and color? I’m not sure yet. Anyway, Margaux got the truth out of Daniel as to why he left the magazine – because of her misfit evil brother. I’d like to see Emily take care of him later. She probably will since he is messing with Charlotte. 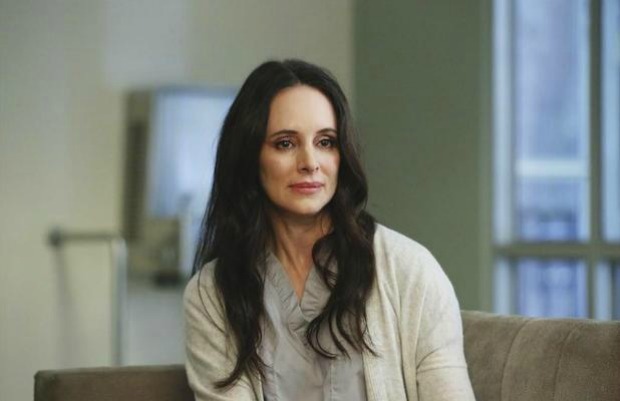 Loved that last scene: Emily answers the door and Victoria is standing there. Emily wasn’t surprised, and challenges Victoria to take her on. (I love that Emily now owns Grayson Manor.) When Victoria left, David Clarke grabbed her from behind. When she turned, she was obviously in shock. Of course that was the end of the show! Can’t wait until next week, can you?!

What did you think of the season 4 premiere of “Revenge”? Was it up to your expectations? What do you want to happen? Sound off below!