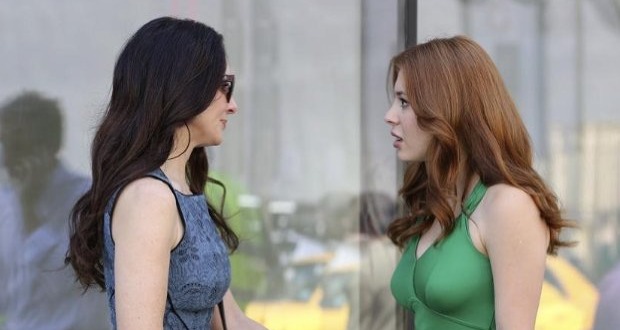 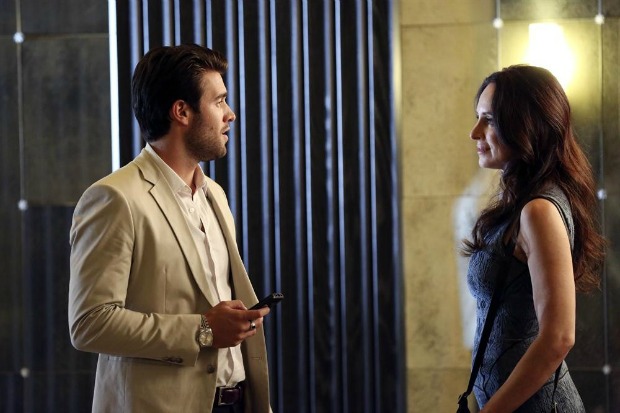 Do you find it as amusing as I do that Victoria is playing happy family with David and Charlotte on “Revenge“? We’ll talk about that later.

As Emily lies on the floor of the Stowaway, close to being burned to death, Jack, her knight in shining armor (someday it’s going to happen) saves her. Poor Jack, his dad’s bar and only part of his family memories – gone. He finds out that Charlotte is the one who set it, and things are as crazy as ever to him. He’s confused, as he admitted himself, and Emily has no vengeance against her sister – look what Emily did to her? An eye for an eye. Okay, not really.

Anyway, Victoria and David are held up (well, he is) in a cabin while Victoria tries to get some money and make good with her children. Charlotte falls for it and tells her lovely mother that she tried to kill Emily, but failed. Victoria promises Charlotte that Emily will get hers. Victoria didn’t have the same luck with Daniel who still thinks very lowly of her. He’s pretty low himself – drinking too much and getting evicted from his hotel room because he owes thousands of dollars. He’s lost, and I think Margaux is his target for now. What I mean is his sugar-mama, but she’s smart so should figure it out, right?

After a fluke meeting, Victoria dished Louise Ellis, her buddy from the nut house, which I think is going to haunt her. Remember at the bar, Louise flirted with Daniel and he flirted right back. Somehow it’s going to come back at Victoria – at least a girl can hope so. I mean, it was totally rude of Vicky to “throw Louise” away just like that, right? Hee hee.

Jack seems lost. I am hoping, yes hoping, that somehow he and Emily are going to end up together. You’re hoping that too, right?

Anyway, back to the “family in the woods.” How long will Victoria be able to keep this secret (David is alive, but she helped set him up to take the fall) – that Amanda is alive? Not long, since next week’s episode shows Emily seeing him/David in a police line up (he was going to kill her – for the sake of Victoria).

What’s gonna happen? Is he going to choose Emily or Victoria? It’s only the beginning of the season!

Did you like this episode of “Revenge”? What do you think is going to happen? What do you want to happen? I want David and Emily to team up! Sound off in the comments below.