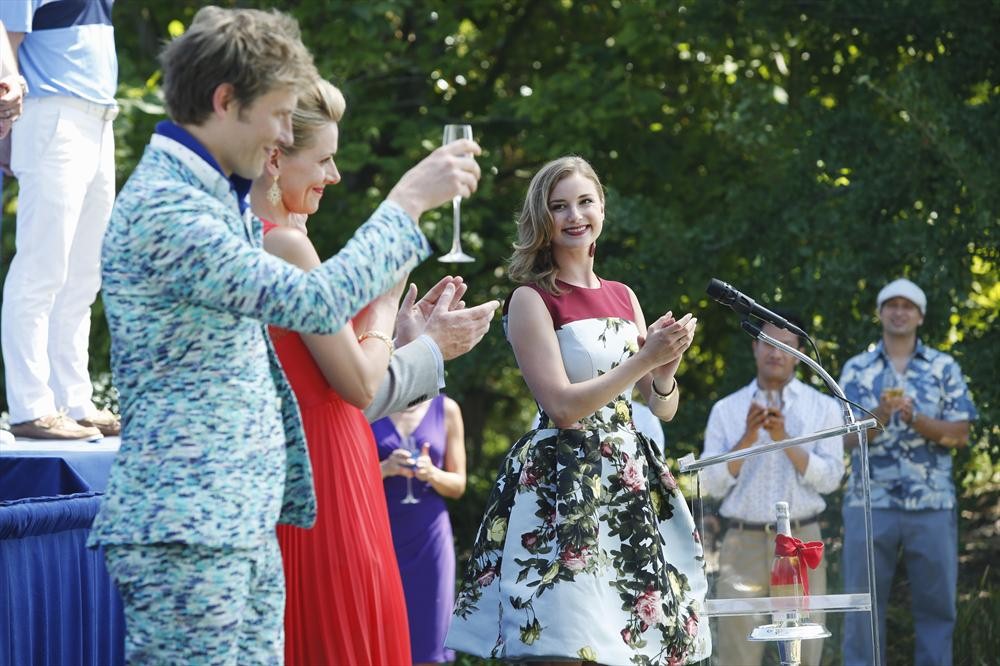 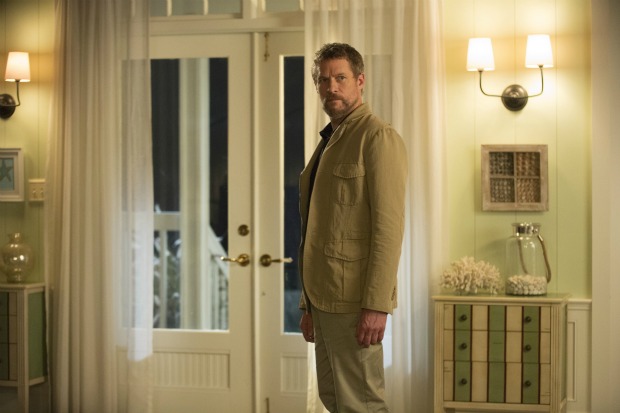 Hey, “Revenge” fans, we are almost a quarter into the season and so much has happened. Look who seems to taken over the number one role – David Clarke.

It’s all about David – okay, and Emily and Victoria, but he is clearly front and center. What do you think about the way his character is shaping up after returning from the dead? Up to the last episode, “Repercussions,” David has been kinda introverted (with help from Victoria) and not sure of himself or his surroundings. I certainly don’t blame him. He was held captive for 20 years.

Victoria has been trying to keep him out of the public and from learning more about his past and how she was a part of the devious scheme that destroyed his life, but things are changing, and I like it. David has been asking more questions, connecting – although not enough – with people from his past including Nolan, Jack and Daniel. He doesn’t know who he can trust anymore. It seemed he knew for just a second who Emily was when he saw her face to face for that fleeting moment, but no, they weren’t going to let that happen yet. It’s too fun anticipating what his feelings will be at the big moment! I’m a little scared — what about you?

Emily is beside herself. She wants so much to see her dad and talk to him. She wants to explain why she’s done what she has – including all of the bad things (oh, like killing people). She does seems like she wants a clean slate, to fess-up to everything. I just hope David is overjoyed to see her and happy that she’s alive. Unfortunately, that’s probably not going to happen, but a girl can hope. I am just glad Ems is easing off the bad girl tactics and wants a normal life. Can that even happen now?

Victoria is as bad as ever. She just makes you hate her. (Madeleine Stowe is so great in the part — I can’t imagine anyone else.) Once in a blue moon, I think there is a hint of good in Victoria, but then she always snaps me back to the reality of despising her. Maybe for the series finale, they will make Vicki change to the woman she was before she met and married Conrad, and they will all live happily ever after. Now who’s living in a fairy tale? That would be me.

Daniel’s trying to get his business going and still working closely with Margaux (even though he was a bad boy with the gal from the nut house). Jack is trying as always, to help Emily, while Charlotte is a hot mess. She’s drinking too much and now seems to be turning into a floozy. Great job raising your kids, Conrad and Victoria.

There’s a lot more to come in this season of “Revenge,” and I’m excited (and scared) about the big reunion – dad and daughter/David and Emily (Amanda). What do you think will happen? What do you want to happen?

Are you loving our night-time soap so far? Are you happy with how they are portraying David Clarke? Do you want David and Emily to have a happy reunion? Sound off in the comment below!