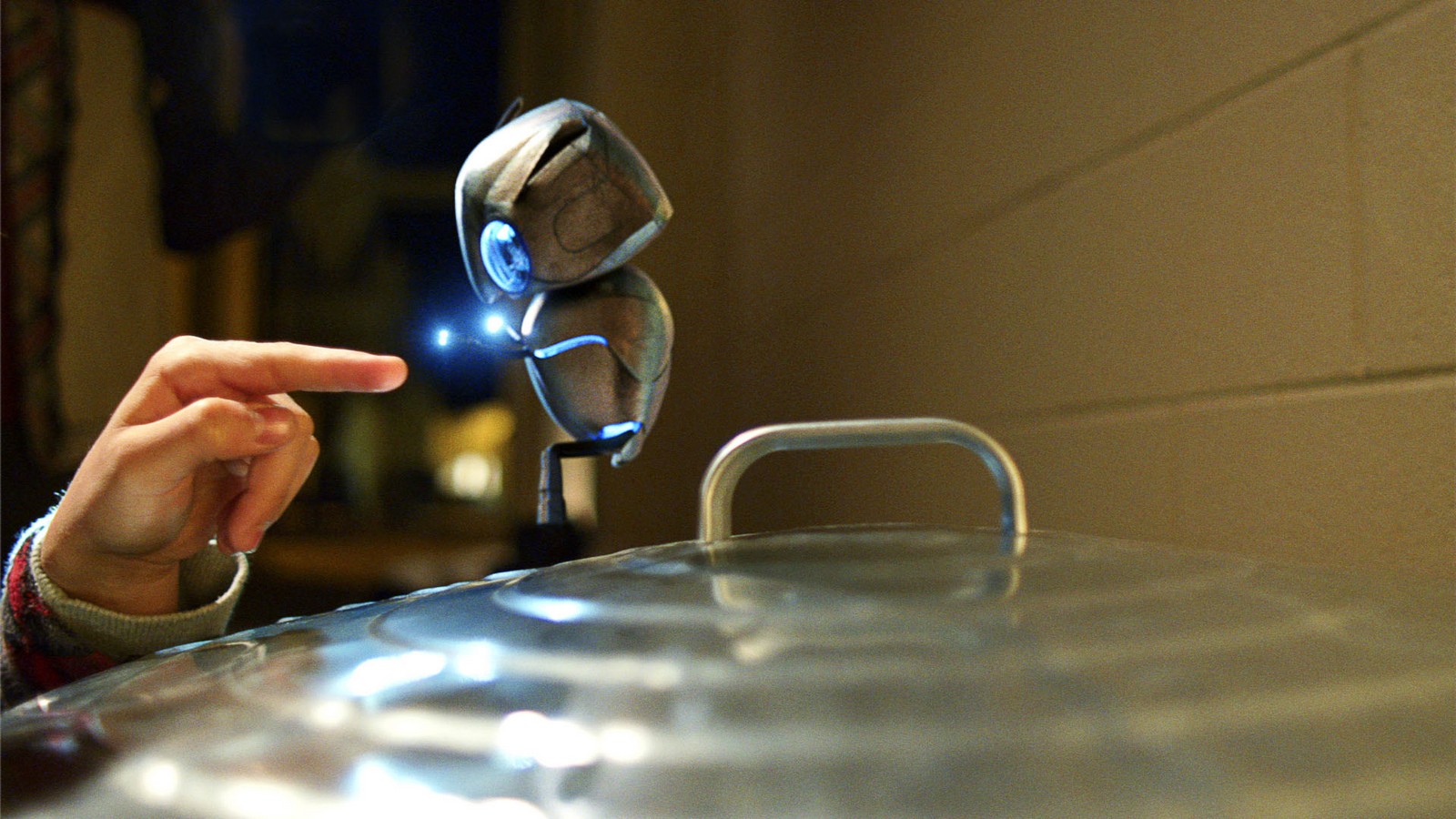 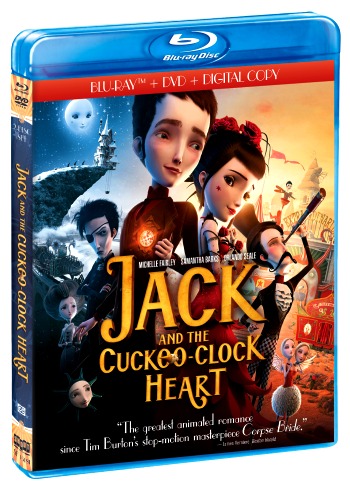 Let’s take a look at a few kids’ DVD and blu-ray releases for October 2014. Muppets, dragons, an adorable alien, and a beloved St. Bernard all made the list!

JACK AND THE CUCKOO-CLOCK HEART

Looking for something a bit edgier and more artistic for your kids? “Jack and the Cuckoo-Clock Heart” fits the bill. This 19th-century drama follows a man (Mathias Malzieu) whose heart was replaced with a clock when he was born. The situation dictates that he should avoid feeling strong emotions — including love — but he just can’t keep his feelings under wraps.

Visually stunning, this whimsical fairy tale released by Shout! Factory is set in a wondrous time of amazing inventions, unforgettable characters, enchanting music, and fantastic adventures. It’s all about love and acceptance of others.

Join Kermit the Frog, Miss Piggy, Fozzie Bear, Gonzo and the entire Muppet gang in this holiday movie. It’s the night before Christmas and the Muppet Theater is in danger of being torn down. Kermit starts to think the world would be a better place if he’d never been born (sound familiar?), but with a little heavenly help and some holiday shenanigans, Kermit and the Muppets discover what matters most is their love for each other. All-star cast includes David Arquette, Joan Cusack and Whoopi Goldberg, plus show-stopping musical numbers like “Moulin Scrooge.”

Young Bastian Bux (Barret Oliver) loves to escape from his troubled life in a dusty old bookstore. When the store owner tells him not to look at the book “The NeverEnding Story,” that’s his invitation to look through the pages, where he’s drawn into the book and becomes part of the story. Great special effects, beautiful scenery, colorful characters, and a “dare to dream” message, this classic tale is not to be missed.

Here’s your chance to get all four massively popular “Ice Age” films, including “Ice Age,” “Ice Age: The Meltdown,” “Ice Age: Dawn of the Dinosaurs” and “Ice Age: Continental Drift.” Also includes the all-new holiday adventure “Ice Age: A Mammoth Christmas,” which finds Sid accidentally destroying Manny’s heirloom Christmas rock, landing on Santa’s “naughty list,” and leading a hilarious quest to the North Pole to make things right. This set is a perfect Christmas gift, but I bet you won’t be able to wait that long to watch it with your kids. 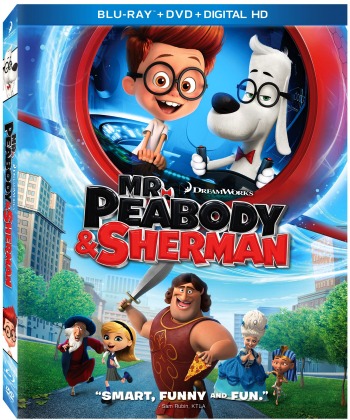 Here’s a chance to bring some classic characters from the “Rocky and Bullwinkle Show” to your own kids. Mr. Peabody and his adopted human sidekick, Sherman (voiced by Ty Burrell and Max Charles, respectively), strike out on their own for a big-screen CGI adventure in this feature directed by Rob Minkoff (“The Haunted Mansion”). Stephen Colbert and Allison Janney also voice characters in this cute throwback with a modern twist. Click here for the full DVD/Blu-ray Review, which includes some great bonus features.

WHEN SANTA FELL TO EARTH

With two weeks left until Christmas, the last thing Ben and Charlotte expected is for Santa to crash-land his sleigh in their town! Santa has just escaped the villainous Gerold Geronimous Goblynch, recently named the new head of the Great Christmas Council. When he sends his army of Nutcracker soldiers after Santa and the kids, the three embark on a magical adventure to find Santa’s trusty reindeer Twinklestar, free his Christmas elves and angels from Goblynch’s spell, and save Christmas before it’s too late.

After receiving a bizarre series of encrypted messages, a group of kids embark on an adventure with a cute little alien who needs their help. At 89 minutes, this movie is well suited for younger viewers, and I love the focus on friendship and shared experiences. It’s “Stand by Me” meets “E.T.” for the younger set. Directed by Dave Green, the movie stars Teo Halm, Brian “Astro” Bradley, Jason Gray-Stanford, Reese Hartwig and Ella Wahlestedt.

It’s an all-new howl-arious adventure, starring America’s favorite St. Bernard, the one and only Beethoven. After a doggone disaster of a movie shoot, the big-hearted pooch and his trainer, Eddie (Jonathan Silverman) are heading home when they get stranded in a small coastal village. When Beethoven befriends a local boy (Bretton Manley), he helps him find a pirate map to lost treasure, and together, they em-bark on an adventure that brings the whole town together. A sweet “tail” for little ones. Co-stars include Morgan Fairchild, Kristy Swanson, and Jeffrey Combs.

Thomas & Friends continue to deliver beautiful stories for little ones, and this DVD finds the group in holly, jolly Christmas spirits, ready to be Santa’s engine helpers. Percy brings holiday fun to Reg at the scrap yard, while Duncan tries to overcome his bah humbug attitude. Thomas clears the snowy tracks so Connor can race passengers home in time for the holidays. James causes confusion and delay helping Duck get unstuck, as an old friend returns to Sodor bringing Percy the perfect gift.