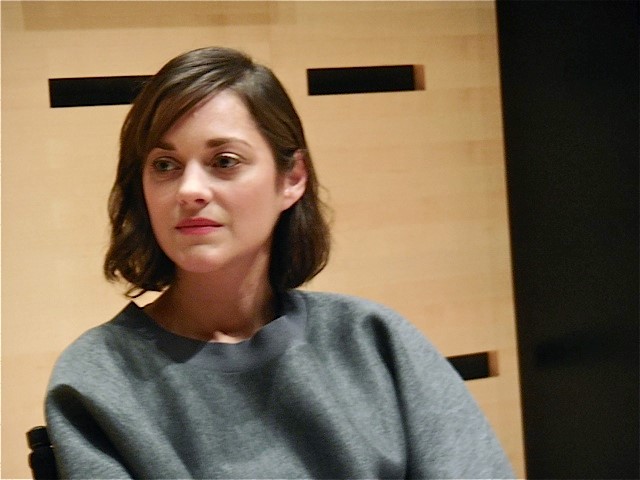 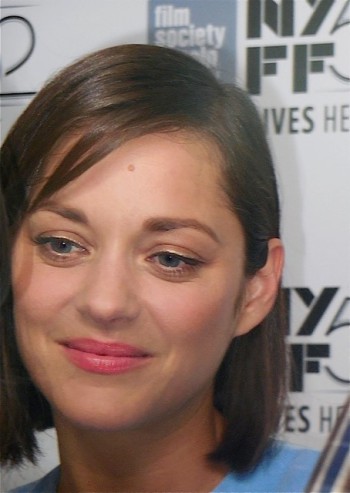 In “Two Days, One Night,” Marion Cotillard plays Sandra, a worker in a solar panel factory who returns to work after medical leave for depression to learn she has lost her job after management forces her co-workers to choose between keeping her on staff or receiving their 1000-Euro bonuses. After the owner of the factory agrees to a re-vote, Sandra spends the weekend trying to meet with each of her 12 co-workers to plead her case and persuade them to change their minds.

Jean-Pierre and Luc Dardenne, the veteran filmmakers who wrote and directed the film, raise global issues like wage stagnation, financial inequality and the declining middle class, while focusing their story on a financially strapped woman desperate to keep her job.

“She’s a simple woman and very complicated at the same time,” Cotillard explained at a Q&A Sunday. “She’s just recovering from a very deep depression and she’s fragile and she’s going to discover things about herself that she didn’t expect.”

Cotillard, who received an Oscar for disappearing into her role as Edith Piaf in “La Vie En Rose,” in which she affected the singer’s nasal warble and her sickly hunched over physicality, makes Sandra, in her tank top and with her weary eyes, just as believable.

Both movie star and character actress, Cotillard chooses roles in high-profile Hollywood films like Christopher Nolan’s “Inception” (2010) and “The Dark Knight Rises” (2012), along with parts in foreign and independent films, notably Jacques Audiard’s “Rust and Bone” and James Gray’s “The Immigrant” just to mention a few. 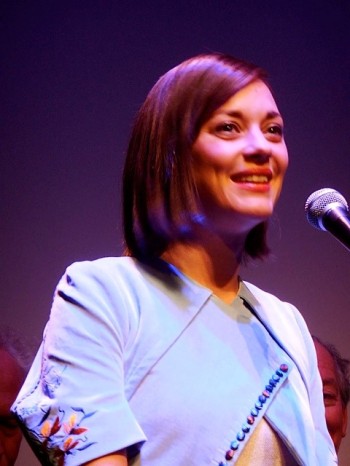 Cotillard did triple duty at the New York Film Festival Sunday to promote “Two Days, One Night,” which had its U.S. premiere. (The film is Belgium’s submission for best foreign film.) At 1 p.m., in jeans and a casual but chic top, Cotillard participated in a Q&A for a standing room crowd.

At 3 p.m., she changed into Dior and walked across the street to Alice Tully Hall and joined the Dardenne Brothers as they introduced “Two Days, One Night,” to a sold out audience and afterwards,  participated in a Q&A.

As soon as the discussion ended, she glided along the red carpet in the lobby for photographers and posed for selfies with fans, some who got a bit too chummy and close, but she never flinched.

Six things I learned about Marion Cotillard during Sunday’s Q&A:

1. The Dardenne brothers have a long rehearsal process with lots of takes and the actress is fine with that.

“Sometimes we would have already done 70 takes and I would ask for more… because some were sequence shots, which have to be perfect because you cannot edit… I trust them (the Dardennes) a thousand percent, so if they would have asked me to do 200 takes, I would have done it because I knew there was a reason behind this amount of takes and that was one of my best experiences as an actresses.

“They really offered me everything that I had always wanted in terms of relationships with directors, and today when I talk about the amount of takes, I’m like, “Oh yeah, this is a lot,” but on set it was never overwhelming, it was never exhausting. It was just the process of getting something, getting what they wanted to have, and for me, giving them exactly what they wanted to have.” 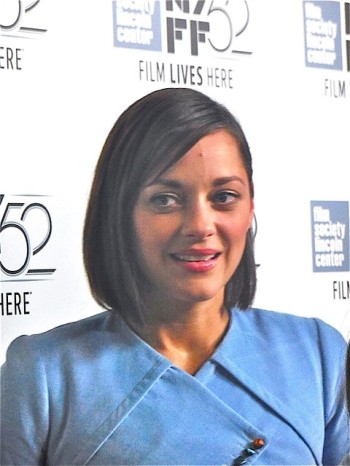 2. That she needs a process to come out of a deep role and back to real life.

“For Piaf, it was kind of difficult because it was the first time I went that deep and I immersed myself entirely for months into somebody else’s… But I’ve learned a lot trying to get back to my life after ‘La Vie en Rose,’ so now I know that I need a process to come back to my life, and this process is as interesting as getting into someone. Now it’s part of how I work.”

3. She’s gotten more comfortable with being a celebrity.

“I don’t think you are prepared for this very real weird thing actually… But at the same time, when you’re an actor, you’re looking for a connection with a lot of people you might never meet, but you want to tell a story and you want this story to touch many people as a kind of connection…

4. She admits to being drawn to playing dark and difficult women with big problems. (Next up: Lady Macbeth.)

“Unfortunately yes. When they offered me the role of Lady Macbeth, I said yes right away without my brain being involved in this decision. Then I started to think, and I was like, ‘Oh wow, yeah, here we go again. Drama! Drama! Drama!’ I must be attracted to the darkness for sure. 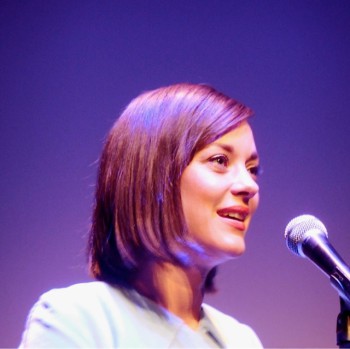 5. She had a brief but memorable appearance in “Anchorman 2” starring Will Ferrell and directed by Adam McKay, but she needed help loosening up.

“All these guys are my idols, so that was kind of crazy for me when they asked me. I didn’t even read anything, I was like, oh yeah, yeah, I’ll be there. I mean being on a set with Will Ferrell was a dream, and I was freaked out in that huge field, and Adam McKay was like super far away giving me lines, like new lines over this megaphone. I could barely understand what he was saying. Can I say that I was hung over? So it was part of me being in a disastrous state and at the same time having a lot of fun.”

6. She doesn’t think she was that great in Woody Allen’s “Midnight in Paris.”

“That was a tough experience for me, because it took me a long time to actually believe that I was on a set with Woody Allen… I met Woody Allen five days before we started shooting, and we didn’t really exchange things. We discussed a little bit about the vision of this character, but I had very little information.

“Then being on set with him, I was so scared that I wouldn’t be good enough… I was always scared that he wouldn’t get what he wanted because we had talked so little, and I think that I might have misunderstood what he wanted at the beginning. And I knew that he was not very happy, which does stay with me, so yeah, I felt very uncomfortable… It was not very easy for me either to be in front of an actress like a rabbit in the light (sic)… I’m very happy that I worked with him… I could have done better.”

All photos taken by and used with permission of Paula Schwartz.