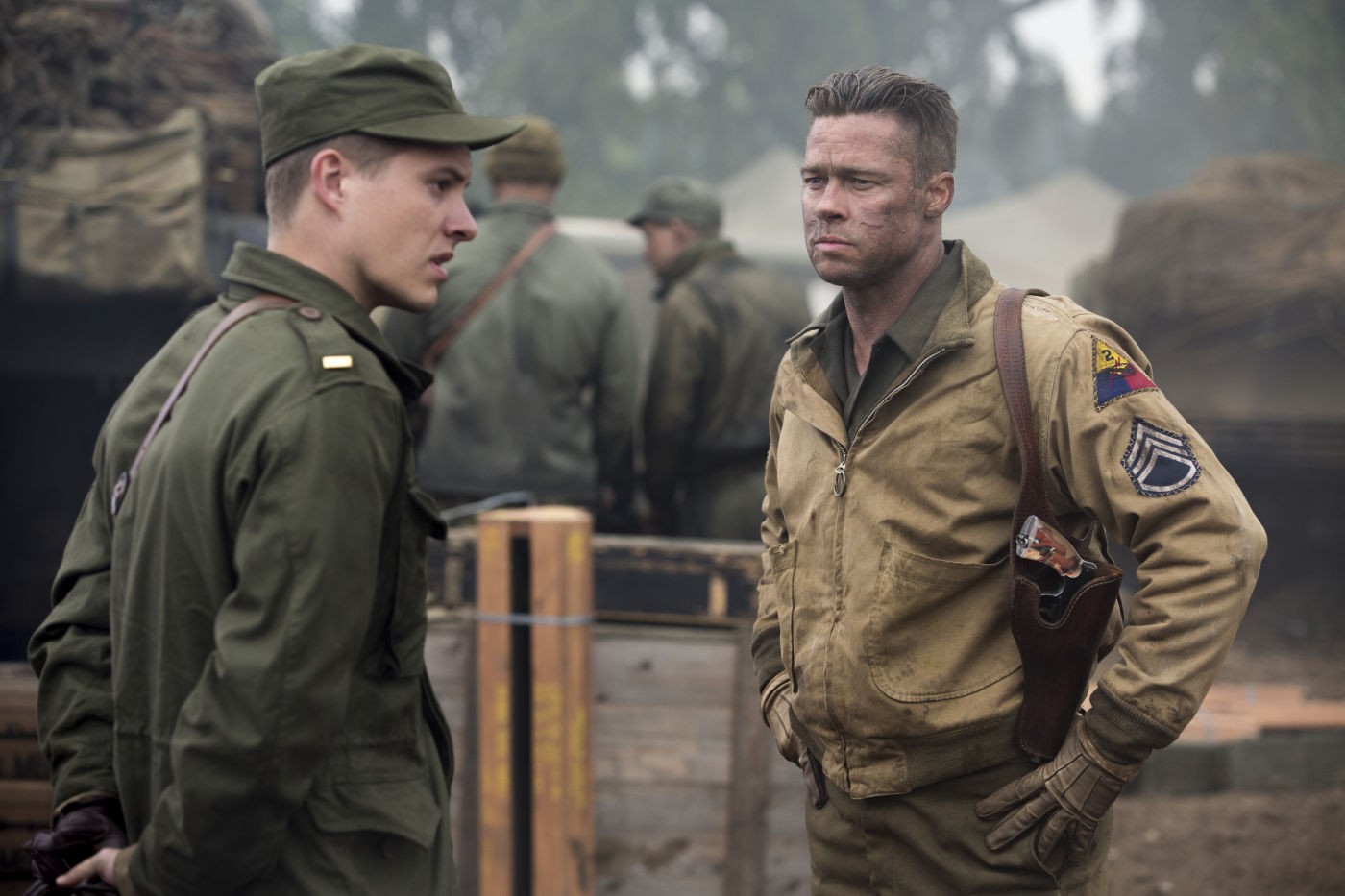 Based on the bestselling novel by acclaimed author Nicholas Sparks, “The Best of Me” tells the story of Dawson and Amanda, two former high school sweethearts who find themselves reunited after 20 years apart, when they return to their small town for the funeral of a beloved friend.  Their bittersweet reunion reignites the love they’ve never forgotten, but they soon discover the forces that drove them apart years ago live on, posing even more serious threats today. This epic love story captures the enduring power of our first true love. Directed by Michael Hoffman, stars include Michelle Monaghan, James Marsden and Gerald McRaney.

It’s April 1945, and the allies are making their final push in the European Theatre. A battle-hardened army sergeant named Wardaddy (Brad Pitt) commands a Sherman tank and her five-man crew on a deadly mission behind enemy lines. Outnumbered and outgunned, and with a rookie soldier thrust into their platoon, Wardaddy and his men face overwhelming odds in their heroic attempts to strike at the heart of Nazi Germany. Directed by David Ayer, this epic war drama also stars Shia LaBeouf, Logan Lerman, Michael Pena, Jon Bernthal and Jason Isaacs.

THE BOOK OF LIFE

From producer Guillermo del Toro and director Jorge Gutierrez comes this beautifully animated comedy with a unique visual style. The story chronicles the journey of Manolo, a young man who  is torn between fulfilling the expectations of his family and following his heart. Before choosing which path to follow, he embarks on an incredible adventure that spans three fantastical worlds where he must face his greatest fears. Rich with a fresh take on pop music favorites, this movie encourages us to celebrate the past while looking towards the future. Voice cast includes Christina Applegate, Ice Cube, Placido Domingo, Kate del Castillo, Hector Elizondo, Diego Luna, Cheech Marin, Ron Perlman, Zoë Saldana, Channing Tatum and Danny Trejo.

Two-time Academy Award nominee Jeremy Renner (“The Bourne Legacy”) leads an all-star cast in a dramatic thriller based on the remarkable true story of Pulitzer Prize-winning journalist Gary Webb. Webb stumbles onto a story which leads to the shady origins of the men who started the crack epidemic on the nation’s streets…and further alleges that the CIA was aware of major dealers who were smuggling cocaine into the U.S., and using the profits to arm rebels fighting in Nicaragua. Despite warnings from drug kingpins and CIA operatives to stop his investigation, Webb keeps digging to uncover a conspiracy with explosive implications. His journey takes him from the prisons of California to the villages of Nicaragua to the highest corridors of power in Washington, D.C. – and draws the kind of attention that threatens not just his career, but his family and his life.  Directed by Michael Cuesta, this movie also stars Ray Liotta, Tim Blake Nelson and Rosemarie DeWitt. Read Paula Schwartz’ report from a recent press conference in NYC with Jeremy Renner.

THE TALE OF THE PRINCESS KAGUYA

“Ooh, a new Studio Ghibli film,” said my 17-year-old daughter from across the room, as I played the trailer on my computer. That’s because kids are drawn to these films like beautiful moths to light. “It will be good,” she assured me, and of course she’s right. The story follows a tiny girl found inside a shining stalk of bamboo who grows into an exquisite young lady, raised by an old bamboo cutter and his wife. From the countryside to the grand capital city, she enthralls all who encounter her, including five noble suitors. Ultimately she must face her fate, punishment for her crime. Based on the classic Japanese folktale, “The Tale of the Bamboo Cutter,” this is the newest film from Studio Ghibli and the strikingly beautiful culmination of decades of contemplation by its director, Studio Ghibli co-founder Isao Takahata.