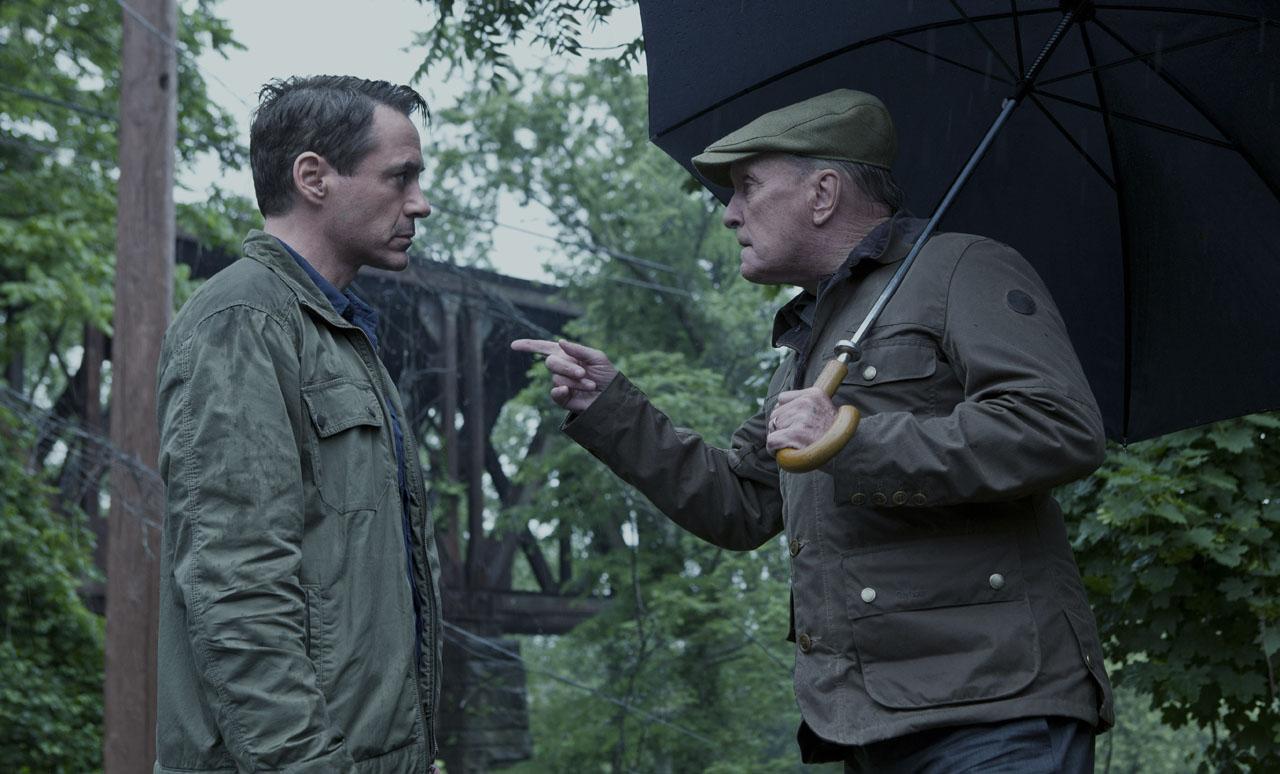 SYNOPSIS: When big city lawyer Hank Palmer returns to his childhood home where his father, the town’s judge, is suspected of murder, Hank sets out to discover the truth. Along the way, he reconnects with his estranged family. 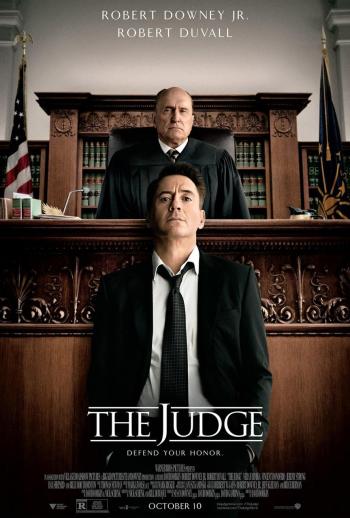 REVIEW: I’ve always been a big fan of Robert Downey, Jr.’s work (yes, I review movies, but I’m also a fan-girl), but “The Judge” is a game-changer for him. He’s utterly captivating in this movie, which in itself is one of the best courtroom dramas I’ve ever seen.

Downey, Jr. plays Hank Palmer, a slick, big city lawyer who seems more intent on making money than actually helping people. But there’s no doubt he’s a great attorney, one with no intention of ever returning to his hometown of Carlinville, Indiana. Even his grade school-aged daughter has never been there, never met her relatives.

But when Hank’s mom dies unexpectedly, Hank travels home for the funeral and reconnects with his older brother, Glenn (Vincent D’Onofrio), a gifted baseball player whose pro career was sidelined by an injury; his developmentally disabled younger brother, Dale (Jeremy Strong), an amateur filmmaker who’s never without his Super 8 camera; their father, Joseph (Robert Duvall), the town judge who hugs everyone except Hank; and Hank’s high school girlfriend, Samantha (Vera Farmiga), who now owns the restaurant where she once waited tables.

After the funeral, Hank is heading home when he’s sidetracked by a family drama of another sort. A recently paroled criminal who Joseph sent to jail is found dead by the side of the road, and Joseph is the prime suspect. Joseph initially hires green-behind-the-ears lawyer C.P. Kennedy (Dax Shepard), but eventually agrees to let Hank co-counsel. The opposing lawyer is Dwight Dickham (Billy Bob Thornton), who thinks he has an open and shut case.

Downey, Jr. is a gifted actor who always delivers, no matter the role. But it’s nice to see him dive into something meatier than the blockbuster franchises like “Iron Man” and “Sherlock Holmes.” Even though Hank Palmer is arrogant and difficult, Downey, Jr. gives him a sense of vulnerability and cynicism that makes him likeable. You’re rooting for him, even though he’s aggravating. Part of that is because director David Dobkin rolls the story out slowly, and as the movie unfolds, we begin to see why Hank is the way he is.

Duvall is such a pro that you never feel he’s acting at any given moment. His scenes with Downey, Jr. are pure gold, whether they’re sparring over his parenting methods or dealing with his aging body. Both of these actors go all out — in sometimes subtle ways.

The supporting cast hits all the right notes, as well; Vera Farmiga as the high school girlfriend who’s hiding a secret, Vincent D’Onofrio as the brother forced to settle for a career he didn’t necessarily want; Jeremy Strong in an amazing role as the developmentally challenged, innocent younger brother; and Dax Shepard as the smalltown lawyer who throws up before every court appearance.

“Gossip Girl’s” Leighton Meester plays a young 20-something who captures Hank’s attention in a bar one night, and Ken Howard plays the judge who presides over Joseph’s case. No small task, considering Joseph has been overseeing cases in this town for 42 years. (Howard has been working behind the scenes lately as president of the Screen Actors Guild — with roles here and there — but anyone remember him as “The White Shadow” back in the 1970s?)

Even though Dobkin’s previous films don’t necessarily fall into the intense family drama category (“The Change-Up,” “Fred Claus,” “Wedding Crashers”), there’s always that bit of something extra that elevates them beyond rom-com or comedy. I can’t wait to see what he does with his upcoming films, including “The Elephant Man,” “Playboy” and “Helium.”

Next up for Downey, Jr. are more big-budget movies like “Avengers: Age of Ultron,” “Sherlock Holmes 3” and “Iron Man 4,” but be sure to see him in “The Judge.” You can tell this is a film that the cast and crew knew was going to be something special.

Sex/Nudity: A man makes out with a much younger girl at a bar; they kiss and grope each other. A man and woman kiss passionately, which seems like it’s leading to sex. A woman briefly mentions pleasuring herself.

Violence/Gore: The story centers on a murder trial wherein the victim is hit by a car and found dead by the side of the road. Several scenes of family drama include yelling and shoving at one point, but no one is hurt. A husband and wife yell at each other. A fist fight nearly happens in a bar where a group of guys make fun of a developmentally disabled man. Flashback of a horrible car accident.

Drugs/Alcohol: Some social drinking. An alcoholic falls off the wagon and takes a drink of hard liquor. Adult brothers get slightly drunk at a bar.

Which Kids Will Like It? Kids 16 and older who like Robert Downey, Jr. movies or family dramas.

Will Grownups Like It? Superb acting and a compelling family drama make “The Judge” one of my favorite movies of the year.