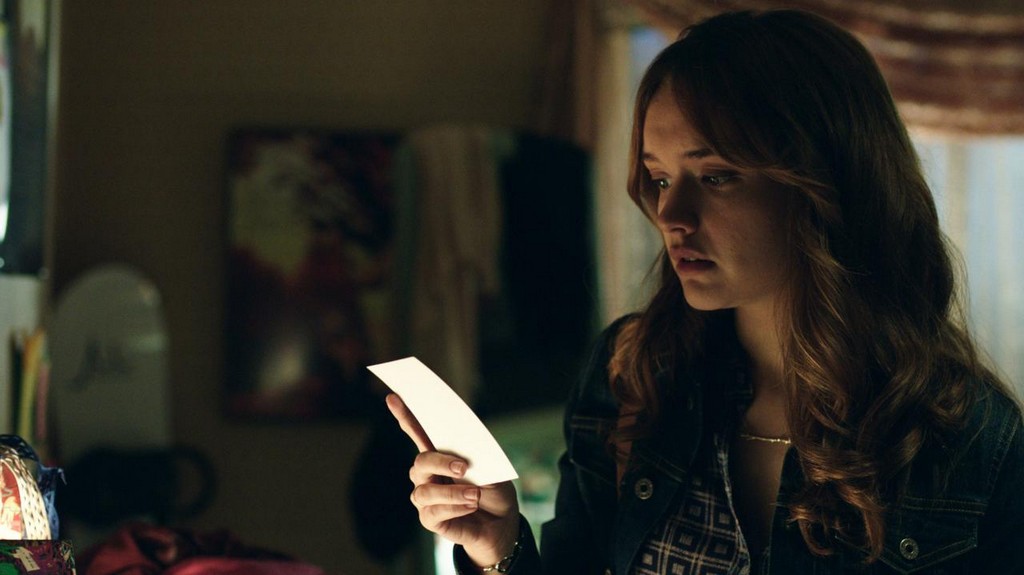 SYNOPSIS: Bad things happen when a teen girl starts playing around with a Ouija Board. People die. Spirits wake up. Family secrets are revealed. 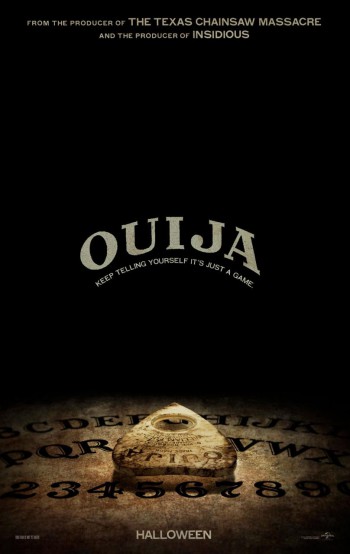 REVIEW: We had a Ouija Board when I was a kid. I’m the youngest of four kids, and we used to play with that board all the time. I don’t recall any particularly noteworthy messages from the dead, but it was a fun way to pass the time when you only had two channels on TV.

When I told my husband that the Ouija Board was still in my mom’s house, nestled next to the Carom board in the game cabinet by the front door, he practically gave me the sign of the cross and said never to touch it. “It opens a portal into the dark world,” he said in hushed tones. “What if the spirits you invite over decide to stay?” I shrugged my shoulders and told him we spent hours playing with that silly board and never heard one peep out of any spirits.

But some people are very leery of Ouija Boards, and after watching this movie, I’m a little less anxious to drag that board out, plop the heart-shaped planchette down, and see what happens. Then again, I don’t know that any of us kids ever looked through that glass on the planchette. Maybe there were spirits there and we just didn’t see them.

But there are indeed spirits in “Ouija” — the official movie based on the Hasbro board game. (See? It’s a board game. How bad could it be?)

The story begins with a teenager named Debbie (Shelley Hennig) who’s been acting very odd lately. She doesn’t want to go out with her friends and spends most of her time in the house — you guessed it — playing with an old Ouija board she found in the attic. When she realizes that the board is perhaps not as fun as it started out (someone from the other side is terrorizing her), she tries to burn it. Only the thing keeps re-appearing. Darn board.

Things take a tragic turn when the usually joyful Debbie is found hanging from a light fixture in her house. Her best friend Laine (Olivia Cooke, “Bates Motel”) starts investigating and finds the Ouija-Board-That-Won’t-Leave. When she gathers her friends around the board and starts asking it questions, they discover that the “Hi, Friend” message it delivers is not from any friend.

Laine snoops around the attic and uncovers a few clues about the people who used to live in the house. She learns even more when she visits a wheelchair-bound woman (Lin Shaye) in an asylum.

“Ouija” has all the requisite scare devices of any good horror movie — jump-out-of-your-seat moments, creepy figures standing with their backs to the camera, sudden loud noises, and evil spirits running straight towards unsuspecting humans. Even though I know all of this is coming, it still gives me chills when it actually happens.

But what starts out as a half-way decent scary movie descends into cheesy dialogue, poor choices by the characters (seriously, you’re going to ride your bike into a dark tunnel?), and an ending that seems to be from a different movie.

They leave things open for a sequel, and it could very well happen since it won the domestic box office with $20 million this weekend. I just hope they bring Peter Jackson onboard as director and hire a completely new production team.

Sex/Nudity: Some of the characters are girlfriend-boyfriend, but there’s very little kissing or hugging.

Violence/Gore: A teen hangs herself, another bashes her head against a bathroom sink, and yet another falls into a plastic cover on a swimming pool. A girl with sewn-up lips is shown, and several teenagers die. Most of the violence is of the scary/supernatural variety — creepy ghosts, an ancient corpse, jump-shocks and a mysterious basement room, among them.

Profanity: A character is called a “total spaz.” One use of “bitch” and infrequent use of “damn.”

Which Kids Will Like It? Kids 14 and older who like horror movies involving teens. (There were a LOT of teens in the theater where I saw it.)

Will Grownups Like It? “Ouija” isn’t a great horror movie, but it does contain several shocking moments and a story that leads somewhere other than you anticipated. If you like scary movies, it’s worth a look.