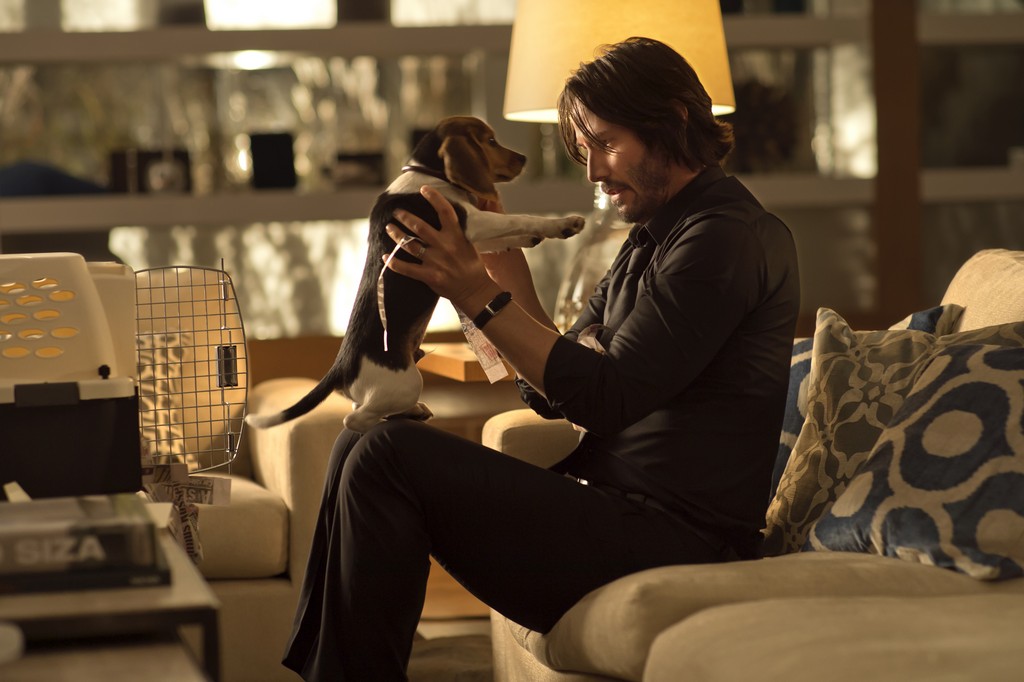 SYNOPSIS: Keanu Reeves plays an ex-hitman who comes out of retirement to track down the gangsters that took everything from him — including his puppy. 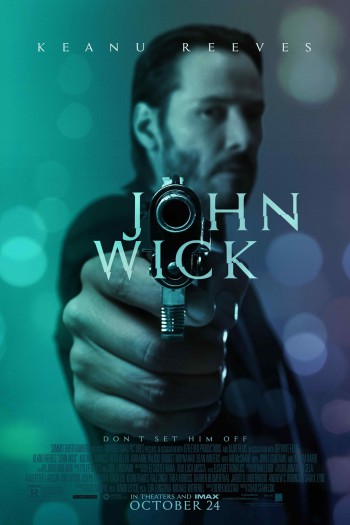 REVIEW: Keanu Reeves is one of those actors I like seeing on screen, even if he plays virtually the same character in every movie. Oh, the circumstances might change. He might be a lovelorn doctor in “The Lake House,” a computer hacker in “The Matrix,” or a guy trapped on a speeding bus in “Speed.” But he’s always Keanu Reeves. He’s like Tom Cruise or Owen Wilson in that regard. You know what you’re getting. I’m fine with that.

So I don’t mind seeing him play the same character here. He’s moody, violent Keanu in “John Wick,” in which he plays a retired assassin who’s pulled back into the world after a long illness claims the life of his beloved wife (Bridget Moynahan). The tipping point occurs when the violent son of an old associate breaks into John’s house and murders the puppy his wife sent him so he wouldn’t be alone after she died. Don’t mess with a man’s dog! Especially when it’s a gift from his dead wife! Of course, John has no choice but to exact revenge and kill everyone in sight.

“John Wick” seems like the kind of film that’s based on a graphic novel. It’s moody, dark, violent and everyone is angry about something. It also features little cartoon-like captions throughout the film. I mean, that’s classic graphic novel stuff, right? But near as I can tell, the only connection it has to anything is that John Wick is a playable character in the video game “Payday 2,” but he was added to the game just two days before the movie opened in theaters.

I’m not generally a fan of violent movies — and “John Wick” is really violent. I’m especially not a fan when a violent film comes out right after a horrific school shooting. I’m not saying there’s a direct connection between violent movies and school shootings, but John Wick IS a pretty cool cat, and the body count is high. Do the math.

But “John Wick” is also a very stylish, artistic film. You can see the craft and thought that goes into each scene, whether he’s meeting his puppy for the first time or picking off bad guys one by one in a secret club. It also has a nice little thread of humor that balances out the gunfire.

And look, you can’t go wrong with a cast that includes Willem Dafoe, Michael Nyqvist, Adrianne Palicki, John Leguizamo, Ian McShane and Lance Reddick (“Fringe”!) They all deliver the goods — if you can get past the rampant violence and heavy artillery.

I also love the cool cars (I’m a car girl) and brooding soundtrack by Tyler Bates and Joel J. Richard.

Sex/Nudity: A couple is shown kissing and hugging.

Violence/Gore: Tons of blood and violence throughout. Characters are shot, stabbed, threatened, beaten, strangled, and blown up in explosions. The body count is extremely high, but one of the most difficult scenes to watch is when a man clubs a puppy to death. Also, dead bodies are shown being wrapped up and loaded into the back of a van. A cop knows what’s going on and looks the other way.

Drugs/Alcohol: Characters smoke (marijuana in one scene) and drink various alcohol, including hard liquor and champagne.

Which Kids Will Like It? Kids 18 and older who like Keanu Reeves action movies. (I can’t recommend this movie for kids younger than 18.)

Will Grownups Like It? “John Wick” is an extremely violent, but well-made film. And it’s nice to see Keanu Reeves back on the big screen.

Images in this review used courtesy of Summit Entertainment.