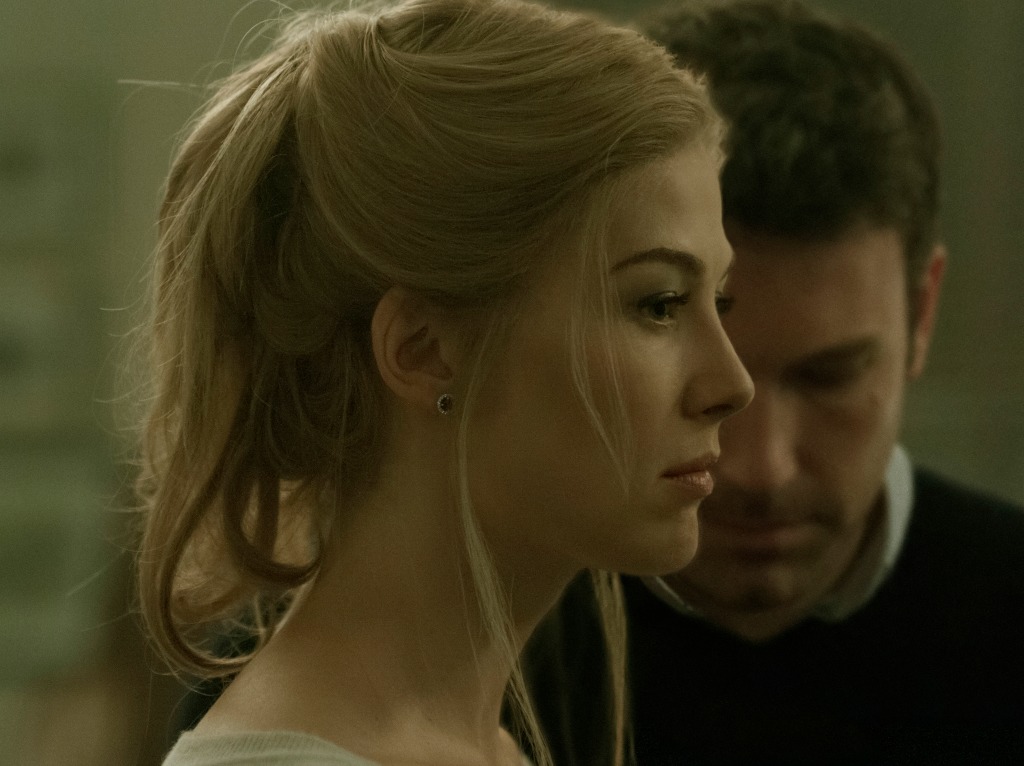 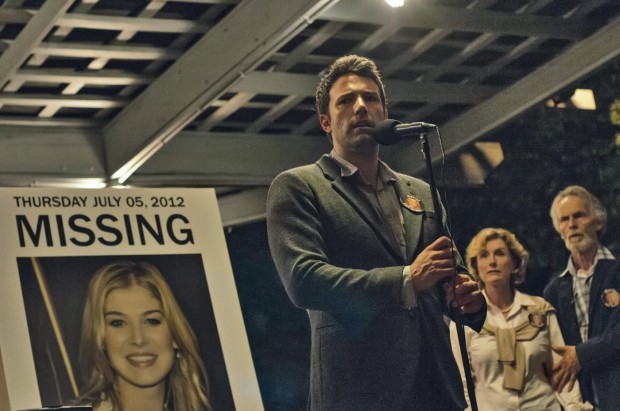 SYNOPSIS: Ben Affleck plays Nick Dunne, a man whose wife disappears and has the spotlight turned on him as the major person of interest. 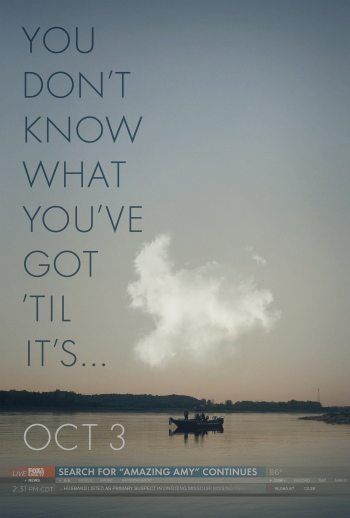 REVIEW: I can’t remember the last time a movie sparked so much discussion among moviegoers. I had just started reading Gillian Flynn’s “Gone Girl,” but had only made it to chapter two when I saw the movie this weekend. So I didn’t know how it ended or any of the plot twists.

I posted on Facebook to see how it compared with the book and a bunch of people weighed in — especially about the ending, which I felt was a big letdown after a fantastic movie. Here’s the Facebook post if you want to go take a look, but beware – there are spoilers. (And if you can’t see the Facebook post, feel free to friend me.)

“Gone Girl” tells the story of a married couple who are in the midst of a whole slew of issues. Having lost both of their jobs in New York, the husband, Nick Dunne (Ben Affleck), decides to move them back to his home state of Missouri, where his twin sister Margo (Carrie Coon) is dealing with their parents’ health issues. Except Nick doesn’t even consult his wife Amy (Rosamund Pike) about this major life move, and she’s not happy about it. To make matters worse, he uses the rest of Amy’s trust fund to buy a bar, known as “The Bar,” with Margo.

On the day of their fifth wedding anniversary, Amy suddenly goes missing. A coffee table is smashed, and there’s blood here and there in the house, leading Nick to believe she’s been abducted. Cops descend on the house — including Detective Rhonda Boney (Kim Dickens) and sidekick Officer Jim Gilpin (Patrick Fugit) — as a media storm brews.

Soon, all the focus is on Nick as the major person of interest. He hasn’t exactly been a model husband, and now he’s looking like the bad guy. Nick hires high-profile attorney Tanner Bolt (Tyler Perry), who’s made a name for himself defending people who look guilty. Meanwhile, where in the heck is Amy?

David Fincher is one of the best directors working right now and has helmed some of my favorite movies, including “Zodiac” and “The Social Network.” “Gone Girl” is a creepy, unsettling look at how dysfunctional a marriage can be, even if all appears fine on the surface. On my way out of the theater, I heard one woman say, “I think I’ll sleep in the guest bedroom tonight.” The movie does make you think about the volatility of relationships and marriage.

I loved everything about “Gone Girl” except for the ending. I won’t reveal any more, lest I give away some major spoilers. But the pacing, noir storytelling, captivating characters, and suspense-filled scenes are all top notch.

Rosamund Pike chews up the scenery with understated glee, but it’s the secondary roles that I find so fascinating. Kim Dickens delivers such a riveting performance as the hardnosed female detective, she needs her own TV police drama. Neil Patrick Harris is usually singing, dancing or telling jokes, but he is utterly creepy-crawly here. Sela Ward, with that amazing voice of hers, is excellent as a TV talk show host, and it’s nice to see Tyler Perry in something other than his own self-titled projects.

As for Affleck, it’s been interesting to see him go from being an Oscar-winning writer (1997’s “Good Will Hunting”) to the butt of jokes to once again an Oscar-winning actor and director (2012’s “Argo”). I still don’t think he has a lot of range, but there’s something about him that I enjoy seeing on screen. He’s like Tom Cruise or Owen Wilson, in that regard.

“Gone Girl” is an excellent film and worth seeing, even if you don’t like the ending.

Sex/Nudity: Graphic discussions about sex. Couples are shown having sex in various positions and locales. A woman’s breasts are shown. A shower scene shows a man and woman from behind, and one brief moment of the man’s genitals.

Violence/Gore: The story revolves around a person who goes missing after an apparent abduction, complete with broken glass and blood. Violence includes self-inflicted pain, people being stalked, a man shoving a woman while robbing her, false rape allegations, and one particularly bloody scene where a person’s neck is slashed with a box cutter.

Will Grownups Like It? Comments among my friends are mixed — especially about the ending — but most agree that “Gone Girl” is a well-made film worth seeing.