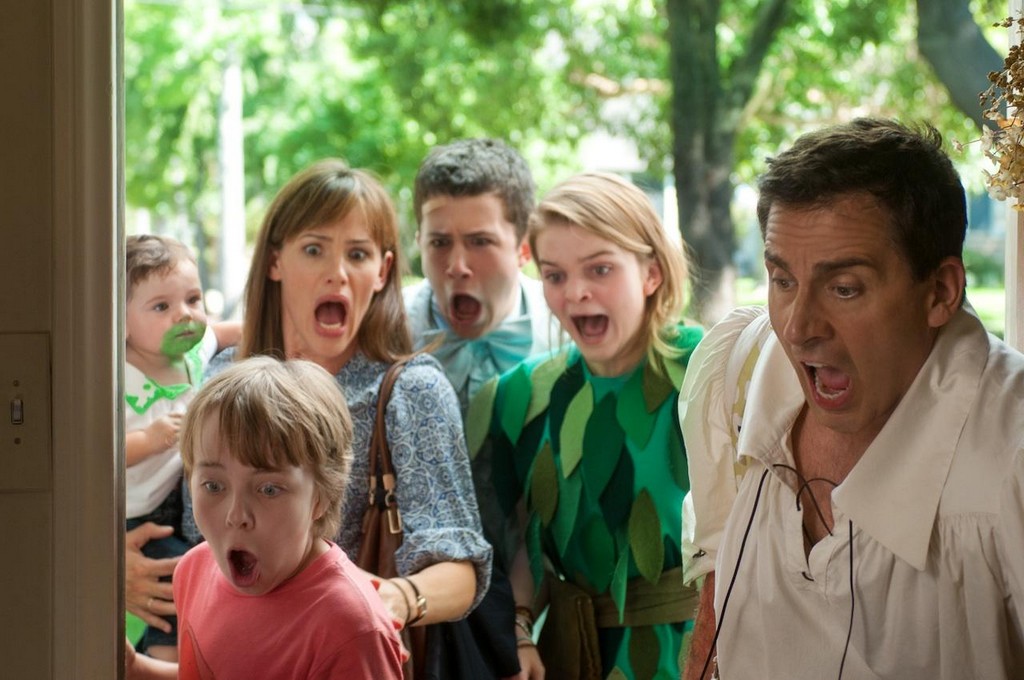 SYNOPSIS: From gum stuck in his hair to embarrassing photos sent to the entire school, Alexander is having a very bad day. He thinks he’s the only one until his mom, dad, brother, and sister all find themselves having their own terrible, horrible, no good, very bad day. 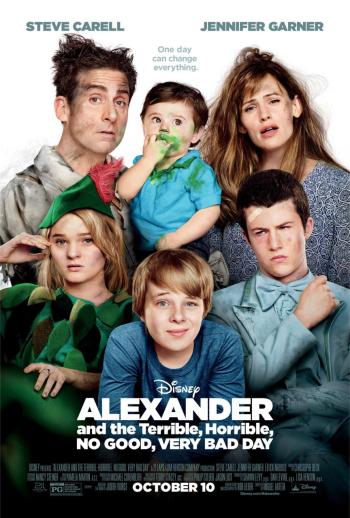 REVIEW: It says something when a book that was published in 1972 gets a movie made in 2014 and the story is still extremely relevant. That’s because the concept of family never goes out of style. We need our families, through the good times and the bad times, and that’s something the main character in this story finds out through the course of one very bad day.

It’s the day before his 12th birthday, and Alexander (Ed Oxenbould) is not having a good day. He starts out with gum in his hair. Then some embarrassing pictures of his head attached to various characters goes viral at school. On top of that, a really popular kid is having a party on the same day as Alexander’s birthday party. Disaster.

Meanwhile, the rest of his family seems to be on top of the world. His unemployed dad, Ben (Steve Carell), has a promising job interview with a video game company, and his mom, Kelly (Jennifer Garner), is up for a big promotion. His 16-year-old brother, Anthony (Dylan Minnette), has a driver’s test, just in time to take his popular girlfriend to the high school prom. And his 13-year-old sister, Emily (Kerris Dorsey), has the starring role in the middle school production of “Peter Pan.”

Distressed by their lack of empathy for his suffering, Alexander makes a birthday wish: he wants his family to suffer the same terrible, horrible, no good, very bad day that he’s having. It’s never clear if his wish is the cause of their bad day, but sure enough, things start to spiral out of control for them.

This movie is really cute and doesn’t dumb things down for the audience. Alexander’s family, while perhaps not paying as much attention to him as they should, are not bad people. Not even his older brother. They all care about each other, sit down to dinner together, and support each other.

Even though the book by Judith Viorst was written long before smartphones and technology started pulling families apart, the story is still very relevant. Despite Alexander’s belief that the rest of his family is perfect, of course they’re not. In fact, they’re a mess. A realistic mess. A funny mess.

As the mom of the family, Garner frets that her job is taking her away from her family too much, even as she’s on the cusp of a big promotion at the publishing company where she works. Watching her frantically pedal a bike across town to get to celebrity reader Dick Van Dyke before he reads a book with some major typos is hilarious. Favorite line from Garner: “Chim Chim Cher-ee wants to kill me!”

Carell is naturally funny anyway, but especially playing a dad who’s a fish out of water interviewing for a job with a gaming company where all the executives are 20 younger than him. Supporting actors Bella Thorne (Anthony’s girlfriend), Megan Mullally (Kelly’s boss) and Jennifer Coolidge (Anthony’s driving test examiner) all have their stand-out moments.

Oh, and I almost forgot. Have you seen the boxing kangaroos video that’s making the rounds? I’m currently obsessed with it, so seeing Carell face off with an angry kangaroo made my day.

“Alexander” is a fun movie for tweens and teens, and has enough grownup jokes to keep adults entertained, too.

I’ll leave you with this: “You’ve gotta have the bad days so you can love the good days even more.” – Alexander

Sex/Nudity: Anthony tells his girlfriend she has a cute butt; he wants to get his driver’s license so he can make out with her in the back seat of the car on prom night. Alexander’s dad accidentally hires three male strippers for Alexander’s Outback-themed  birthday party (I guess he didn’t get the memo that the “Thunder from Down Under” act isn’t for kids). Fortunately, they’re told to keep things PG-rated just in time. A mom walks in on her teenage son in the bathroom and it’s clear that she’s seen him naked. She later tells him that she’s seen his penis before. A baby’s naked behind is shown.

Violence/Gore: While taking his driver’s test, Anthony answers his cell phone, gets into an accident, and gets yelled at by the examiner. Alexander sets some papers on fire during a science lab, and his dad sets his sleeves on fire at a hibachi restaurant (keep this family away from flames!). A man chases after an escaped kangaroo and gets kicked in the chest. A family opens the door to their home and finds a snapping alligator inside.

Drugs/Alcohol: To get through a school musical where she’s the lead, Alexander’s sister, who’s suffering from a cold, drinks way too much cough medicine straight from the bottle (in front of her dad!). She ends up “drunk” on stage and throws up backstage. Alexander’s dad drinks too much at a restaurant and sets his shirt sleeves on fire.

Will Grownups Like It? There are a few “don’t try this at home, kids” moments, but I love that this family supports each other through thick and thin. It also works as an entertaining movies for grownups.