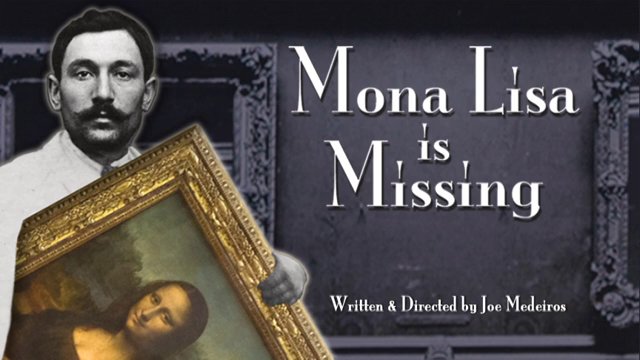 In the new documentary, “Mona Lisa is Missing,” by Joe Medeiros (a writer for Jay Leno), I fell a bit in love with Celestina Peruggia, an 84-year-old woman who was the daughter of Vincenzo Peruggia, the man prosecuted for stealing the Mona Lisa from the Louvre in 1911. I say “was” because Celestina passed away in 2011, not long after filming.

Medeiros went in search of Peruggia’s family in the hopes of finding out why the man stole the famous painting. What he discovered was that Celestina never really knew her father because he died when she was a toddler. Instead, she hoped Medeiros could help her find out the reasons for her father’s actions. Her vulnerability and sweetness was so endearing in the film that I instantly rooted for Medeiros and hoped, along with Celestina, that he would bring her news of a man with some sort of noble intention.

Medeiros worried that he might end up breaking Celestina’s heart, but she insisted that she wanted to know the truth of why her father stole the painting … and kept it for 2-1/2 years!

The result of Medeiros’ exploration is not a PBS documentary by any stretch of the imagination – and that’s a good thing. He injects himself into the story as someone who had wondered for years about the caper, and he uses his comedy writer abilities in unraveling the mystery. And some of that mystery remains.

I won’t give away a great deal because it’s too much fun to discover different aspects of this real-life story along with Medeiros, but one piece of information that surprised me was that the Mona Lisa was not nearly as revered in 1911 as it is today. When the story broke in the Washington Post, they used the wrong image for the painting. Can you imagine such a thing happening today?

The French police sent out 6,500 flyers that included the image of the Mona Lisa since most people would not be able to identify her. 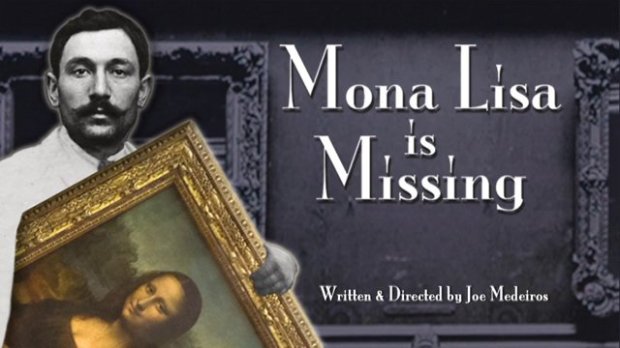 The documentary not only provides a portrait of a modest man who apparently pulled off an extraordinary heist, but it also gives us a glimpse into law enforcement at the time. Some of that is decidedly keystone-esque.

Since there is no footage, of course, Medeiros is creative with his visuals. He includes interviews with historians and family members, as well as footage of the various translators he used to read psychiatric reports by Peruggia’s doctor and letters from Peruggia himself. He also uses photographs of Peruggia, photos and maps of the Louvre from the period, and footage of the Louvre today.

In the end, the story is both comical and sad, but never boring. Medeiros’ approach is unique and unexpected, and I was entertained from start to finish. Older kids might even enjoy this one. The film is available now on DVD and VOD.