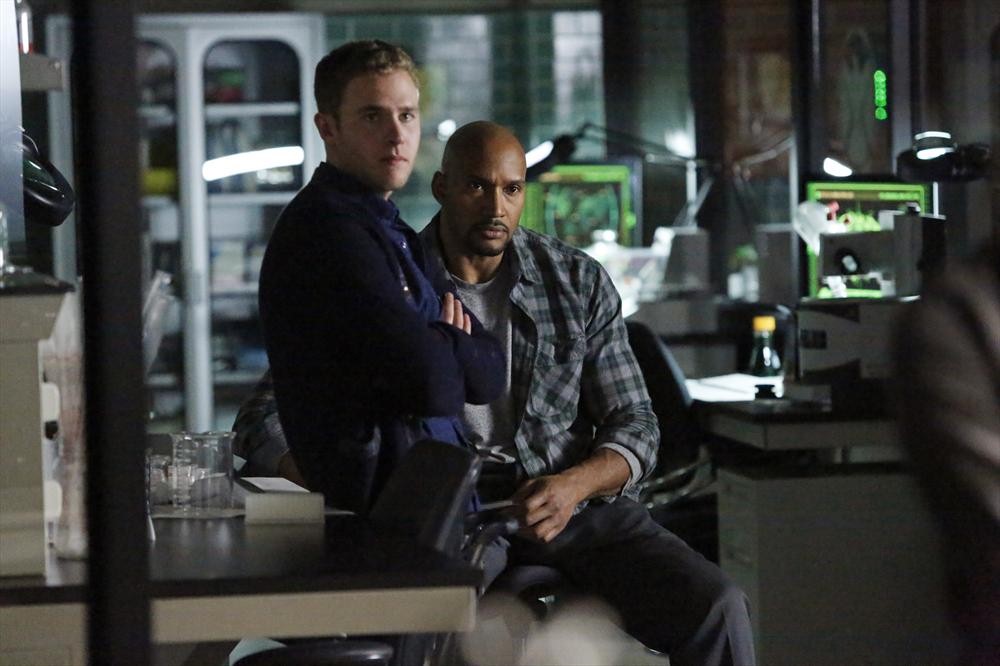 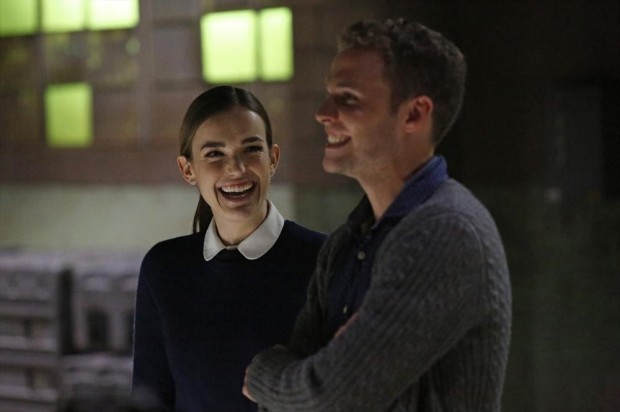 What did you think of this week’s episode of “Marvel’s Agents of SHIELD“?! Are you #TeamChristian or #TeamGrant? Hard to tell who is telling the truth. Is Grant’s brother, Senator Ward, the truly evil one or is it Grant himself? After escaping from his transport team, is Grant really looking for redemption or was he playing Skye this whole time?

What do you think of the Lance Hunter and Agent Bobbi Morse (aka Mockingbird) pairing? Do you like their chemistry? I do. Do you prefer Adrienne Palicki as a blonde or brunette? Would their mashup hashtag be #Horse?

Simmons promises she’ll kill Ward if she ever sees him again. Odds are she will see him again, so that should be an interesting confrontation. We find out Fitz and Simmons’ relationship is rather strained and that she left because he was not improving while she was around.

Skye found out a little more about her father from Grant. One hopes she finds herself in Cuba at the barbershop/HYDRA front so she can get a new haircut. #justsayin.

And who was that guy at the end getting tatted up with the alien map?

Next week’s episode has the SHIELD team dealing with a lot of murders that tie back to Coulson’s carvings (Hey, that sounds like a restaurant I would go to).