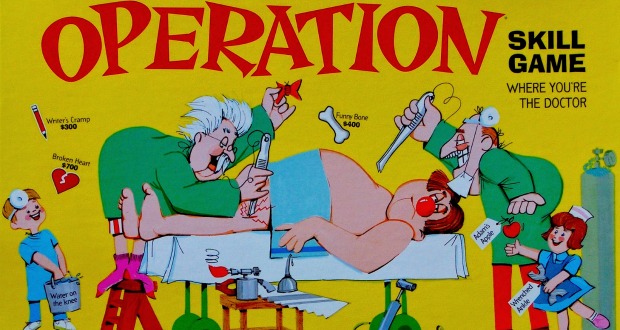 Back in 1964, John Spinello was an industrial design student and created the prototype for what would eventually become the game Operation. He sold the idea for $500 to a toy company which later sold the rights to Milton Bradley. A year later, after a few modification, Operation was released and is still as popular now as it ever was. Who doesn’t remember trying to get that blasted Charley Horse out or the wishbone?

Now, Spinello is in need of a $25,000 oral surgery and admits he is struggling to pay his bills and doesn’t have sufficient insurance coverage.

Toy inventors and friends of Spinello have created a crowdfunding page to help raise money for his surgery. They’ve raised a generous $18K so far, and will surely reach their goal, as I imagine there are many fans of the game (including me).

Did you play Operation as a kid? Were you a fan or scared of the buzz!?