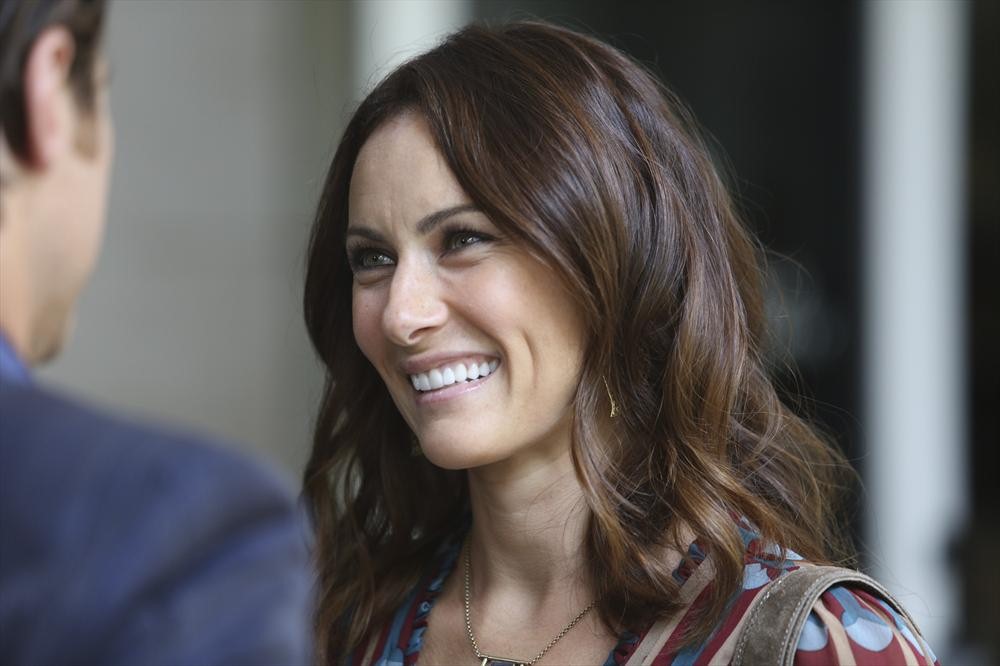 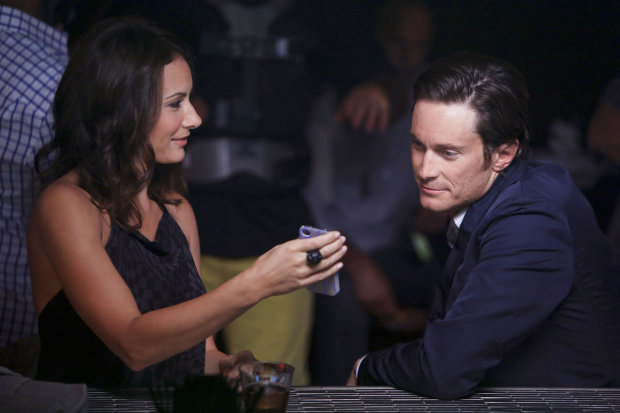 Broadway star and Tony-award winner, Laura Benanti, guest stars on “Nashville” as up and coming songstress Sadie Stone. Viewers may know her as Baroness Elsa Schrader from NBC’s “The Sound of Music Live” with Carrie Underwood and “True Blood’s” Stephen Moyer, which aired last year, or as Matthew Perry’s group therapist on the short-lived “Go On.”

I had a chance to speak with Ms. Benanti about her guest-starring role on “Nashville,” which began this week.

Tell me about your character on “Nashville.”

My character’s name is Sadie Stone, and she’s a singer-songwriter who has recently had some success with her album – mainstream success. She’s sort of at a crossroads as her contract is up with her current label. She comes into Jeff Fordham’s and Rayna Jaymes’ orbit.

How many episodes are you in?

As of right now, I think I’ll be in about ten of them, maybe more. I’m not sure.

Do you prefer stage over screen? What appeals to you in each medium?

I don’t prefer one over the other. I really enjoy both of them. You know, they’re extremely different. They require very different levels of concentration. I feel like theatre feels like a sprint and marathon all in one, because you’re doing it eight times a week. It’s a three-hour show and your adrenaline is pumping the entire time. With television, you’re sitting around for 16 hours and doing little scenes here and there. I definitely love the adrenaline rush and communication between a live audience. I love that about live performances and Broadway, but I also like the nuanced performance you can get on screen. 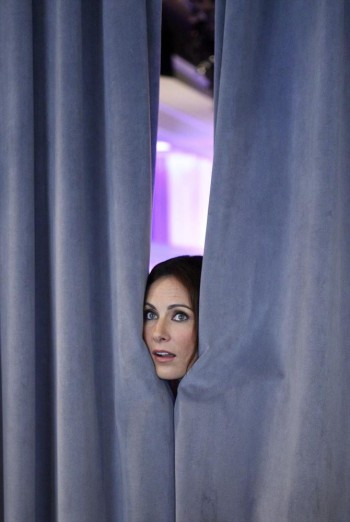 What’s it been like to switch from your Broadway song-style to country singing on “Nashville”?

You know what? I’ve done a lot of research. I’ve done my homework. I try to listen to and emulate as many country singers as I possibly can. But you know, fundamentally, they’re the same – they’re story/tales. Country music is telling a story, which is one of the things I love so much about it. For me, it was trying to get some of the specific technical stuff … there’s just placements… where you place your sounds in country versus classic or Broadway-style singing.

Do you have a favorite country singer?

Dolly Parton is probably my favorite country singer. I love Emmylou Harris and Patty Griffin – they’re sort of Americana style. I really like Kacey Musgraves – I think she’s fantastic. I love Miranda Lambert and of course, Carrie Underwood – I’m a huge fan of hers, as well. Bonnie Raitt – although she’s maybe a little more blues. I love all those ladies. Jennifer Nettles – I really like her… Sara Evans.

How do you divide your time between tv, film and stage?

Well, you kind of have to do one or the other. To commit to a Broadway show is a year. So, unless you’re guest starring on something in New York City where they’re going to let you out in time to make your curtain, you can’t really do both. So I’ve made a conscious decision over the past three years to do more television, but doing my concerts all over the country. And hopefully, something in the works for Broadway for 2016. As of right now, I’m just really enjoying this job. I’m such a fan of this show. I love being around all these people. I love playing the guitar and singing, so I’m just being where I am right now.

How do you choose the roles you play? On “Go On,” you played a therapist. How did that come about?

I had auditioned for Matthew Perry’s show, “Mr. Sunshine.” He and I just had a really good chemistry and rapport. I ended up doing a different pilot that season, which didn’t get picked up, instead of “Mr. Sunshine.” When “Go On” came around, I went in and read with Matthew, and they offered me the job. It was pretty great and straightforward. I’m not in a position where I’m getting offered jobs all the time, although I will say in this past year I’ve been offered more television than ever before. I think “The Sound of Music Live” was a real win for me. I try to choose diverse characters. I always feel drawn to humor – that’s the lens through which I look at the world. I tend to be drawn to funny characters and or characters with quirks, and if they don’t have them, I give them to them!

Any role you’re dying to play that you haven’t yet?

(I like to ask a few Random Questions at the end of the interview.)

(Benanti won a Tony Award for her role in “Gypsy.”)

Elvis! Actually, this is sort of a funny story. When I was a little girl, I was in love with Elvis. I somehow convinced myself that I would one day marry him. I went to school, on like a Tuesday, and I told somebody I was going to marry Elvis and she said, “He’s dead!”

I went home and was like, “Mom, is Elvis dead?”

She was like, “Yeah.” She let me stay home from school the next day!

What book are you reading right now, or what is your favorite book?

Right now, I’m reading David Sedaris’ most recent book (“Let’s Explore Diabetes with Owls“). I’m re-reading this book called “Albion’s Seed,” which is a book about the origin of dialect. My friends tease me because it looks like a textbook and can be a little bit dry, but I’m using an accent on the show and you’d be amazed how people’s dialect affects how others really think of them. I’m reading those two books.

That’s all I have for you today, anything you’d like to add?

No, I don’t think so. Just that this week’s episode (Episode 4 “I Feel Sorry for Me”), for me, feels like my real introduction into the show.

Do you sing in Episode 4?

All right! I can’t wait!

(Editor’s Note: If you didn’t catch “I Feel Sorry For Me” this week, look for it On Demand or on “Nashville’s” official site.)