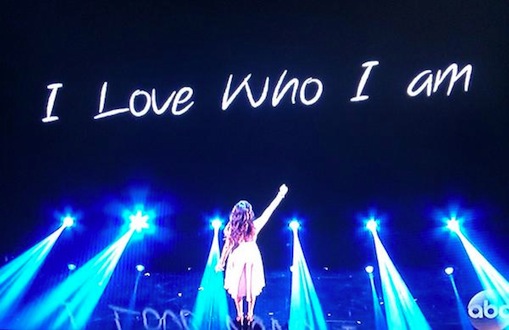 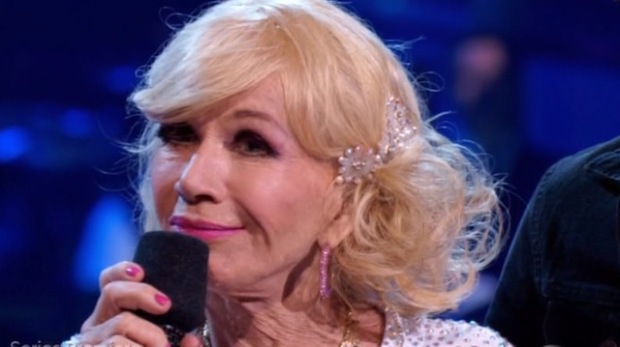 Well dance fans, you all are a tougher critic than I thought! Yes, America filled in for Len Goodman as the guest judge on “Dancing with the Stars” this week, by submitting their own scores through ABC’s website—a clever ploy for getting people to watch the show live. I was surprised to see that America matched pretty closely to what the judges awarded.

It’s a very emotional night too, as the Most Memorable Year nights often are. The contestants describe the year in their lives they remember most, be it for good or bad reasons, and they’re all filled with emotion and sometimes heartbreak. What better way to express that than through dance?

While America mostly agreed with the judges in scores, I think they completely got the elimination wrong. I’m very disappointed with the results, and if you’ve been reading my recaps then you probably know how I wanted the results to go.

But I’ll return to that shortly. First, Here’s my Top 5 dances this week:

Betsey & Tony’s Jive: I know Betsey’s been in my Top 5 nearly every week so far, but that’s because I think she deserves it. Perhaps I’m giving her, and Tommy, too much credit because of their age, but I do think it’s something to consider, especially when they dance better than some younger people who also don’t have dance training. She did get a little lost in this routine, and in a very odd way: she just stopped, seemingly for no reason. But her jive is terrific, with great bounce, high legs, and that freeze? Outstanding.

Bethany & Derek’s Rumba: This is a difficult dance to judge, because there’s so much going on, and it deserves to stand on its own as a performance. The couple dance to a live performance by Colbie Caillat; that, plus the visual manifestation of its wonderful but involved anti-bullying concept makes for a lot of distraction. Also, the routine is a little more contemporary/hip-hop mash-up than rumba, though there’s obviously some rumba there. I’m glad the judges are able to evaluate the routine as well as the performance, because it’s not flawless. That said, I love the performance and totally agree with the message. It’s truly beautiful.

Lea & Artem’s Contemporary: Of all the emotional stories tonight, Lea’s really got to me. The idea of doing a year’s worth of activity in one week, and the lovely thing her father said to her, almost had me in tears (it takes a lot to get me crying while watching TV). This contemporary routine is lovely too, though I confess that something is not quite there. The choreography is just a little dull, or simple, and it seems to be playing it safe. But the execution is lovely and sweet.

Sadie & Mark’s Samba: Sadie is adorable, and she’s turning into quite a dancer. While I found the duck concept a little dopey, her samba is pretty flawless, especially given the many mistakes others made tonight. As Julianne said, a good mix of concept and content, and as Carrie Ann said, by far the best samba of the night.

Alfonso & Witney’s Jazz: “Jazz” has become even more of a catch-all term on this show than it usually is. They probably didn’t know what else to call a dance with so much “Carlton” in it, but this isn’t quite jazz. I also think they could have incorporated the Carlton into a jive, which would go perfectly with the music. But no matter.
This is a fun routine, especially once we get to the Carlton. Alfonso lights up the stage and raises the level of the dance. I was afraid the judges might not like it because it harks back to what they said two weeks ago about his needing to adapt to other styles. But since this routine is intended to show off “the Carlton,” which is Alfonso’s style, then not a problem. And it’s just so much fun! He got the only perfect score of the night.

Janel & Val’s Rumba: Nicely danced, despite a few rough spots, and Bruno is right that the spins aren’t quite smooth enough, but Janel looks very mature as a dancer.

Jonathan & Alison’s Samba: Ah, perhaps this is why they didn’t do a “Mean Girls” routine for Movie Night. I still love Jonathan, but this routine didn’t do much for me, and it didn’t look like samba. But Julianne must have forgotten about his Great Gatsby Tango when she said she wants to see him do ballroom.

Michael & Emma’s Quickstep: Like a car race, this quickstep started out strong (great suit too), but crashed and burned when he lost his footwork (and that death drop looked painful). But I really feel badly for him after his story: winning the race that killed NASCAR favorite Dale Earnhardt? That sucks.

Antonio & Cheryl’s Samba: Antonio’s movement is still very stiff, and he lost his footing (as did many people tonight). His nakedness isn’t enough for me to give him a higher score.

Tommy & Peta’s Jive: Much like Julianne does, I love Tommy (though “obsessed” is a bit strong), and his jive is terrific: good energy, high kicks, very natural look. I can do without the “sexy cop” trope and the motorboating though. Honestly, was that really necessary?

Now back to the results: disappointingly, Michael is allowed to stay another week while Betsey is sent home. I honestly don’t understand why that is. I’ve been pretty clear about how much I admire Betsey from Day 1, and perhaps I’m too biased, but she is the better dancer, and I’d think they might have similarly-sized fanbases for this show’s demographics. Do a lot of NASCAR fans watch DWTS? Apparently so, because Michael’s staying for another week.

So what did you think, dance fans? Did America get it right? Did you submit your scores tonight? What couplings do you want to see for next week’s Switch-Up night? Cast your vote in the comments.