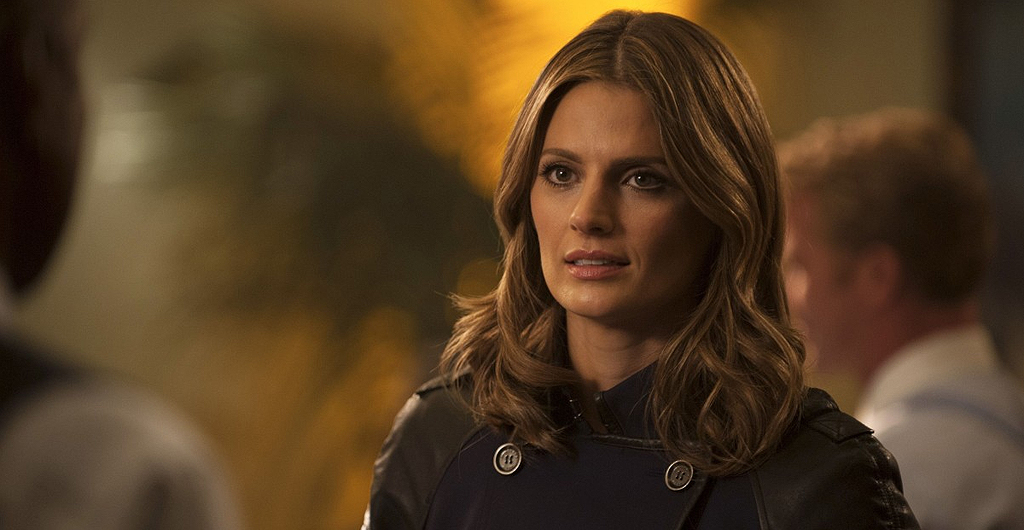 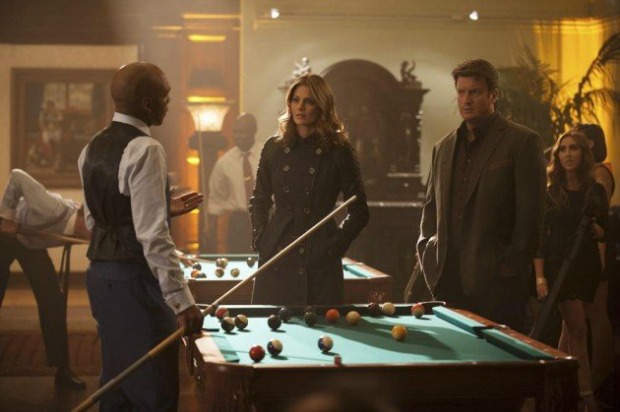 Wow, I can’t believe it’s mid October and we’ve already had three episodes of “Castle.” It’s nice to be back in the full swing of Fall TV with new episodes of our favorite shows.

This episode was a fun one, didn’t you think? Castle’s kid-like behavior that we love was back, and Beckett acting like the adult between the two. They have such great chemistry, don’t they?

In the opening scene, Castle and Beckett were really cute – tip-toeing around the subject of “you know what” – so cute. They both were ready to go, but interrupted, which kept happening throughout the episode!

I liked the story. Will Fairwick, insurance adjuster-turned pool hustler (usually hustling guys with a lot of money), but also a very intelligent scientist was found dead in his apartment, with surveillance cameras showing or “not showing” (because whoever or whatever it was that killed him, couldn’t be seen), and all the doors and windows of his apartment were locked from the inside. What? That was the fun of it, whoever killed him was “invisible” and Castle ran with it! Was it the devil or invisible man?

At the crime scene, $20,000 was found, and as the team gathered more clues,  they met with another man who had been attacked, but wouldn’t give the police a statement. He did tell Castle and Beckett that the person who attacked him was – well, invisible.  Beckett and Castle were at a loss, but Castle enjoyed the mystery. Sounds like it could be a new book for him.

Later, as clues and information came in, it happened that Will was a super intelligent scientist who worked for the government on a top secret project – invisible suits. Will thought of it as selling his soul to the devil (which it probably is – I’m sure there is some really scary stuff that the government does that we don’t know about). Anyway, it turns out that Will used his ex-girlfriend to complete his project – then he dumped her – for the second time since they finished college. She had had it, got a hold of the suit, went to his apartment (stealth), killed him with a pool cue, and split like a Navy Seal would during a top secret mission.

It was pretty funny when Castle and Beckett went to arrest the gal. She put on the suit and tried to hide from them, but with the help of a fire, Castle realized he could see her by spraying her with a fire extinguisher. He loved it. He’s such a kid at heart… and you know Beckett is attracted to that side of him even though she gets irritated sometimes. Who wants someone that is too serious?

Ryan took a second job as a bouncer at a men’s strip club. Espo bought him some thongs with “security” written on the back.

Castle set a booby-trap in his room so he and Beckett could be romantic, but Martha walked right into it! Funny.

Castle and Beckett finally, after several attempts, got romantic and Beckett showed him her invisible suit – loved his reaction.

No mention at all of what happened to Castle – which was nice, but I want to know. I’m sure it’s coming.

Did you enjoy this episode as much as I did? What was your favorite part? Leave thoughts in the comments below.