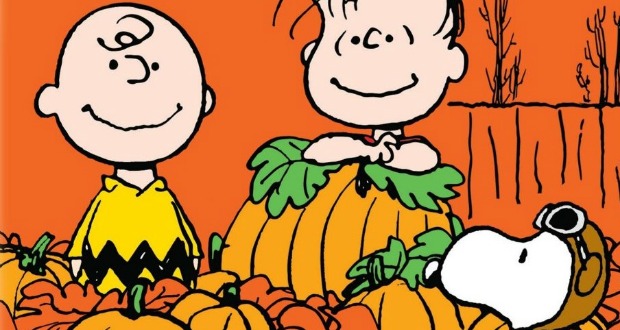 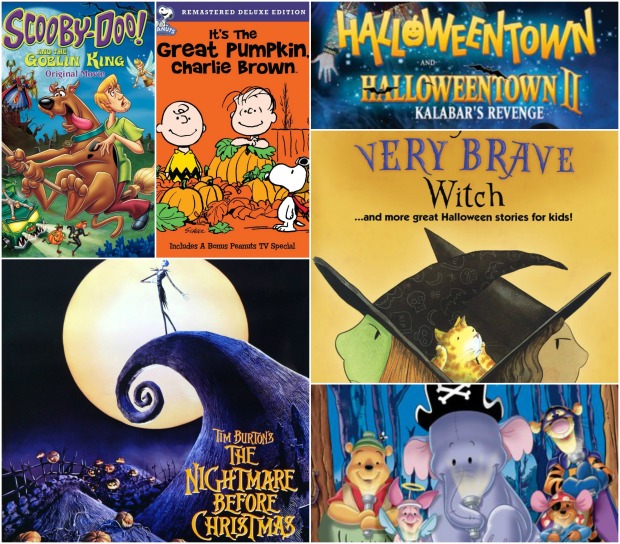 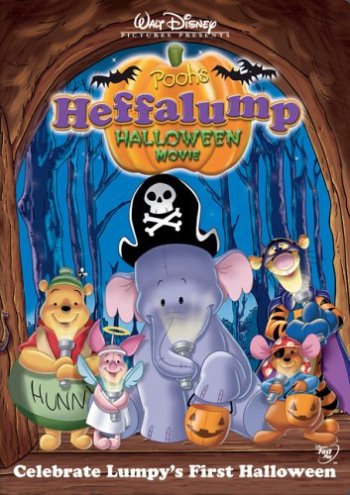 It’s that time of year again. Halloween brings spooky nights, caramel apples, jack-o-lanterns, witches, black cats, and scary movies. But if your kids are still on the young side, you don’t want movies that are going to give them nightmares. Here are six Halloween movies that are just the right amount of scary for little ones.

Never underestimate the power of unconditional friendship, especially during Halloween and especially if you’re a young piglet or Heffalump. When a fierce “Gobloon” and a shortage of candy threaten to ruin Lumpy’s first trick-or-treating experience, Roo and Lumpy embark on an adventure to capture the Gobloon and save Halloween.

As the frightened duo head toward the tree of terror, they reflect on Piglet’s ability to control his fear of Halloween and realize that there’s strength in numbers. But things get dicey when Roo and Lumpy get separated.

This DVD includes French and Spanish language tracks, as well as a “trick or re-treat” game and party instructions for Pooh’s Boo Bingo, Pass the Pumpkin, and a Heffalump Halloween Party Planner. 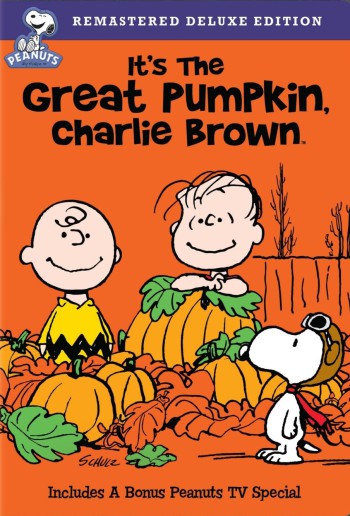 Who can go through Halloween without seeing this classic movie? Not this household! We look forward to it every year. You know the story. Will this be the Halloween when the Great Pumpkin finally makes an appearance? Longtime believer Linus thinks so – and keeps watch all night in the pumpkin patch to welcome him.

Charlie Brown gets into the spooky spirit by dressing up as a ghost with more eyeholes than necessary. Of course, all he gets in his trick-or-treat bag is “a rock.” World War I fighting ace Snoopy is here to battle the Red Baron, crash Violet’s Halloween party, and interrupt Linus’ vigil.

The remastered edition features improved picture and audio, as well as the bonus feature “It’s Magic, Charlie Brown” and the featurette “We Need a Blockbuster, Charlie Brown.” 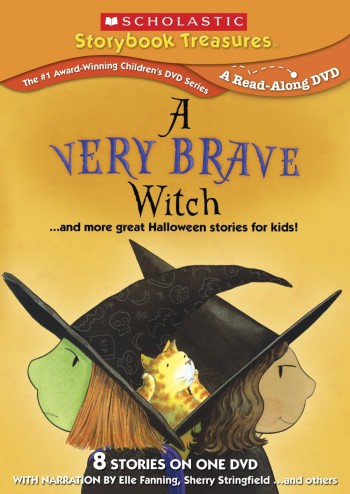 Did you know that most witches are actually afraid of people? I mean, when you think about it, it makes perfect sense. People aren’t green, they’re afraid to fly, and they can’t cackle. There’s no denying that we’re odd creatures!

The brave little witch in this story decides to get a close-up look at some human kids on Halloween night — and discovers a young human who’s just as brave as she is. “A Dark, Dark Tale” follows a black cat through a dark moor and a spooky house to find a surprise lurking in a dark corner. And “By the Light of the Halloween Moon” is a poem whereby a tapping toe has a domino effect involving a witch, a bat and a ghoul, among others.

“Georgie” follows an adorable little ghost who feels unappreciated by his human family and runs away only to realize that he and his family need each other. “The Witch in the Cherry Tree” involves a smart kid who uses his wits to outsmart a witch and protect his freshly baked cakes. “The Three Legged Cat” follows a peg-legged cat whose case of mistaken identity gets him the adventure he yearns for.

In “The Three Robbers,” a young orphan girl turns a band of robbers’ misdeeds into something good, and “Little Tim and the Brave Sea Captain” finds a young boy stowing away on a steamer headed out to sea. 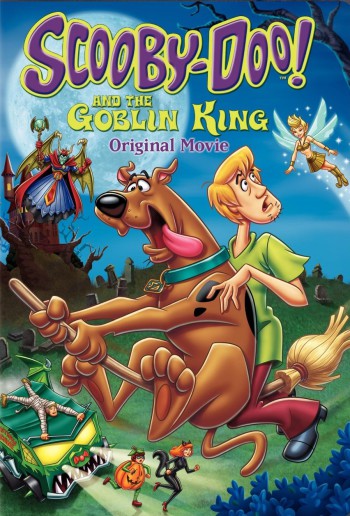 4. SCOOBY-DOO AND THE GOBLIN KING

Fun and imaginative, this still ranks high in our house as one of the best Halloween movies for little ones (my son devoured all things Scooby-Doo). The story finds the Mystery Inc. gang enjoying a Halloween night at a carnival, where a hack magician (Wayne Knight) steals the power of a fairy on unauthorized leave from the spirit world.

To save Fred, Velma, and Daphne, Shaggy and Scooby enter a parallel dimension overrun by elves, headless horsemen, witches, a talking pumpkin and other supernatural beings. Their mission? To get to the Goblin King (Tim Curry), who can stop the magician’s feverish quest for more power. The story is smart and creative.

In addition to Casey Kasem as the voice of Shaggy (since 1969), Frank Welker as both Scooby-Doo and Fred, Mindy Cohn as Velma, and Grey DeLisle as Daphne, the cast also includes Wallace Shawn and Lauren Bacall! 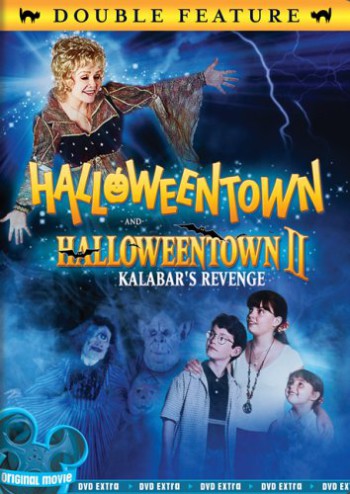 My daughter is 17 at this writing, and she and I still love the “Halloweentown” movies. They’re just good fun, with great special effects and a powerful message about family, perseverance and cooperation. The ghouls are scary, but not too scary for little ones. The first movie, which aired on the Disney Channel in 1998, takes place in Halloweentown, where not all is at it seems.

When Grandmother Aggie (Debbie Reynolds) arrives, Marnie (Kimberly J. Brown) and her family’s tradition of ignoring Halloween traditions are about to change. That’s because Marnie’s mother, Gwen (Judith Hoag), has been hiding a big secret from her three kids — they all possess supernatural powers. Now that Marnie is 13, she must begin her training as a witch or lose her powers forever.

Meanwhile, a brewing crisis between good and evil in the alternate world pulls the entire family through a portal and into an intense battle against ghouls, goblins and the warlock Kalabar (Robin Thomas). Other movies in the series include “Halloweentown II: Kalabar’s Revenge” (2001), “Halloweentown High” (2004), and “Return to Halloweentown” (2006). 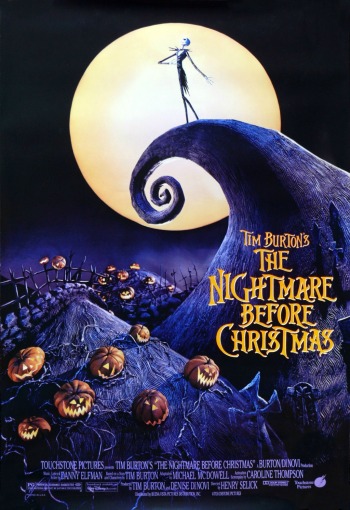 6. THE NIGHTMARE BEFORE CHRISTMAS

“The Nightmare Before Christmas” sounds like it would be super scary, but it’s not. It’s just enough scary. The story follows Jack Skellington, the Pumpkin King of Halloween Town, who’s bored with the same old scare-and-scream routine.

One day he stumbles into Christmas Town, and is so taken with the holiday that he tries to get the resident bats, ghouls, and goblins of Halloween town to help him put on Christmas instead of Halloween. Alas, they don’t get it quite right. Director Tim Burton brings the magic, with just a touch of spooky fun.