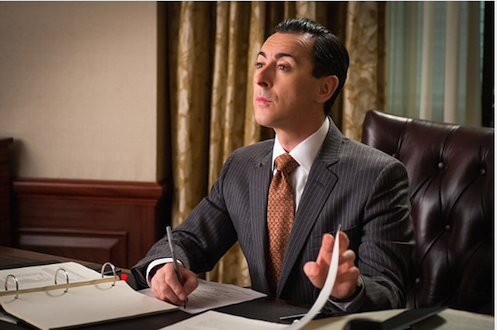 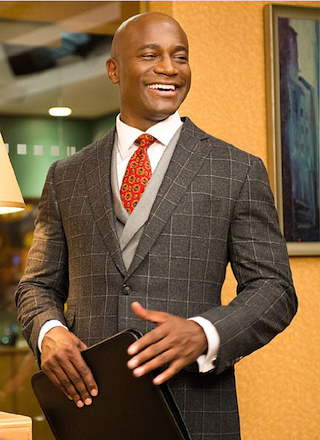 Hey good-wifers, there are more crazy twists on “The Good Wife” this week, and the story is as messy as Florrick/Agos’s new offices. Construction workers crash around as the fledgling law firm remodels their space, finally putting some doors on the offices, and adding to the regularly scheduled chaos.

Alicia, Diane, and Kalinda continue trying to get Cary out of jail. As you’ll remember, he’s still behind bars with bail set at $1.3 million for conspiring to sell heroin—but really, State’s Attorneys Finn Polmar and James Castro (Michael Cerveres) are just trying to get to drug kingpin Lemond Bishop. They’re fighting Alicia on the money they produced last week for Cary’s bail, insisting that they know where it came from.

Finn makes some significant progress. He calls Alicia as a witness in the case, and the potential lovers share a charged moment. While questioning Alicia, Finn establishes new evidence that makes it possible for Lemond Bishop to be subpoenaed—just after Bishop tells Alicia that if he’s questioned, he’ll take the money away. It’s more and more apparent that Alicia needs to get the money some other way.

She nearly gets a second mortgage on her condo approved by the bank, but the bank requires Peter’s signature. Peter refuses to sign the contract. It won’t look good for him as a politician, as governor, to be seen helping to post bail for someone accused of a crime. He also says it’s not a good deal for Alicia to sign either.

Robyn, who has become Alicia’s number one confidant, has a moment of hope for Cary when a colleague of Peter’s approaches Alicia with an offer to cover the $1.3 million. Ernie Nolan (Michael Gaston) says he’s not happy with the current state’s attorney, and wants Alicia to run, but Alicia refuses. Just as she continues to do with Eli, despite all his sneaky tricks. Eli gets (the real) Valerie Jarrett to call Alicia and try to convince her to run. He also tells Alicia that Castro ran a push poll intended to make Alicia look bad, yet she still aced the polls with very high numbers. They all like her specifically because she’s not a politician. Peter later learns that it was Eli’s poll, not Castro’s, but Alicia still refuses to run. The fact that Nolan wants to back her proves even more to Eli that Alicia could win. “When the bad guys come around, you know it’s real,” Eli tells her. “People think you’re important enough to bribe.”

Much to Robyn’s surprise, Alicia doesn’t take the money. She doesn’t want to be held accountable for it. Fortunately though, Alicia wins the case she’s simultaneously working on this episode: a deposition for their biggest client, Chumhum. Not for Neil Gross, this time, but for his wife, Deena Lampard (Megan Ketch). Several of their employees want to sue them for making a price-fixing deal with Patrick Edelstein’s company, Sleuthway, in order to reduce poaching. Alicia wins the case by revealing that Deena had once been involved with Edelstein (Jack Carpenter), but since they broke up, he’s no longer able to trust her, which means they never made a deal. With the money from Chumhum’s win, FA is able to pay Cary’s bail directly. Whew!

Of course, Cary is still in trouble, and Bishop doesn’t help his case any. Kalinda learns which one of Bishop’s guys is the CI (who is apparently working for Finn and Castro), but for some reason she doesn’t tell Bishop. They’re hoping to use the fellow with the silver teeth, Jim Leonard (Sheldon Best) as their chief witness—until he ends up killed. Apparently Bishop thought he was the informant. Not good. Now they’re down to one witness for Cary, and no idea how well that will work.

This doesn’t sit well with me. Kalinda and Alicia seem a bit nonchalant about the murder, especially for knowing who did it and why. I’m not a lawyer, so I’ve never understood how they can defend someone they know is guilty, but I would think FA might need to reconsider their clientele and why they keep Bishop as a client. Is it still worth it for them?

Meanwhile, Diane, still preparing for her merge with FA, brings in a new face to work with: Taye Diggs as Dean Levine-Wilkins, a top lawyer from Lockhart/Gardner’s New York office. During his first meeting at LG, Diane announces that she’s retiring. And just as she starts to explain her reasoning, David Lee annoyingly cuts her off, mansplaining that she handed the reins over to Louis Canning (who is out sick). Lee, you’ve always been obnoxious, but that’s a bit much.

I know the plan for Diane to join FA has been in the works for a while, but it strikes me as odd that she’d want to give up everything she worked so hard to build, and give it away so easily. She is essentially handing over the reins to Lee and Canning without so much as a punch. Part of me wants her to take them down, not give in. I suppose we’ll see how she sticks it to them in the future by fighting against them for clients and winning cases, but right now it’s a little sad.

Dean is confused why Diane brought him on just as she’s retiring, but she tells him in secret that she’s moving to FA, and wants him to join her there. He initially can’t understand why she wants to, but she explains the exciting promise a start-up can hold, especially one with a mission and a minority initiative. Not only does he climb on board, but he brings six of the LG department heads with him. How does he have so much power? What are they going to do with all those people? Regardless, with the majority vote (despite Cary’s nay), the firm is now Florrick, Agos, and Lockhart.

These nagging questions leave me with an icky feeling about the quality of the episode. A little more explanation is needed in some of these cases. As another example, who exactly is Gunter (played by my high school friend Danny Hoch), who keeps stripping in FA’s elevator and using their shower? Why do they owe him anything? It’s still a great show, but I just can’t help feeling that something is missing. I know what it is, too: it’s Will. I’m still so heartbroken, and I don’t think I’ll ever get over it. They haven’t really brought it up any more either. Everyone seems to be completely cured from the tragic aftermath. How long has it actually been?

So what do you think, good-wifers? Are you still sad that Will is gone, and that everyone seems to be over the tragedy? Cary’s out of jail, but will they be able to free him of the charges? Do you think this storyline will last the entire season? Are you excited about Taye Diggs joining the cast, or are you also confused about who he is and how he has such power? Let me know in the comments.