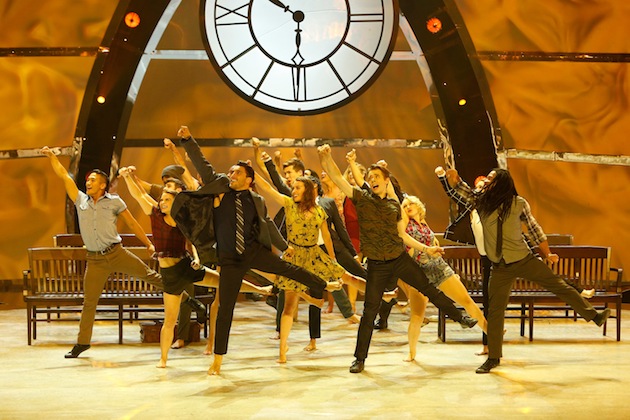 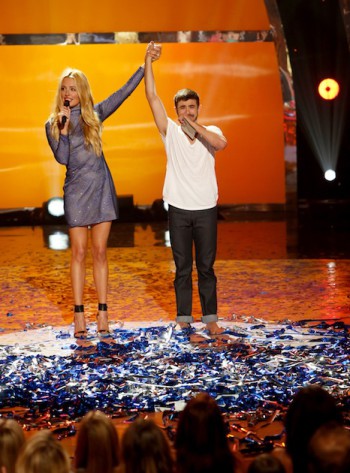 We did it, city kids! “So You Think You Can Dance” announced its winner for Season 11 — though the real surprise is the order of the runners up.

Mary Murphy, looking gorgeous in a yellow gown and an updo, and Nigel Lythgoe return to lead a host of guest judges: Jenna Dewan Tatum, Adam Shankman, Tara Lipinski, and Debbie Allen. Even Jesse Tyler Ferguson returns for a silly bit, requesting to audition for the show (he does awkward so well).

With her many appearances at the judges table this season, I’m surprised not to see Misty Copeland. She isn’t even quoted in any of the packages. I guess she never said enough platitudinous soundbites to warrant quoting.

Most of the routines tonight are encores, favorites chosen by the judges, the Top 4, Cat, and even the audience, via last week’s twitter votes. In addition, there’s a performance from Enrique Iglesias and Sean Paul, and four new dance routines.

The Wanted Ashiqz, the winning dance crew from the auditions, may have won the most votes, but I found their performance disappointing. Too many rock star lights, too much screaming, and not enough variety in the content or spacing. I’m happy to say the other three routines made it into My Top 5 dances.

Broadway guru Warren Carlyle creates a new opening routine for the Top 20, with Ricky pretending to play saxophone while the others leap and twist around him. The dancers are moving non-stop, and Stanley even takes a tumble, but adorable Rudy is clearly overjoyed to be back on the SYTYCD stage.

Newcomers to the show, Lil Beast and Ca Blaze, aka Les Twins, perform a fun and goofy popping routine with lots of personality. Their duet fills the stage well, and their personality goes a long way to entertain.

Christopher Scott and Sonya Tayeh collaborate on a brilliant new routine for the Top 10 and a number of all-stars, including season 4’s Dominic. The routine features little snippets of dances, vignettes of characters interacting in a cityscape, including a flash mob, a homeless man and a business man, and a couple on a bench — perhaps a callback to Season 2’s Mia Michaels routine with Travis and Heidi. The music, Sweet Disposition by The Temper Trap, though slightly overplayed in nearly every commercial ever, is lovely and works well with the movement.

Jessica got to reprise two of Travis Wall’s routines, one with Casey from week 10 and the other from last week with all-star Robert. While both are strikingly lovely, emotionally packed, and very well done, I’m going with the former (despite a rocky lift). The feeling, the emotion, is as beautiful as the movement, and the song complements it wonderfully.

While many of my favorites are not encored this week, one is, so of course I’m including it in my Top 5. And I bet you can guess which one. Valerie and I agree on her favorite routine: her stair number with Zack from the first live performance. Anthony Morigerato’s complicated, scary choreography up and down the stairs is so impressive, even the second time around (or third, since they also performed it at the Dizzy Feet Gala in July). It’s thrilling, exuberant, and expertly executed.

It’s been clear since his impressive audition in Atlanta that Ricky was likely to take the grand prize, and of course, he does. But I thought Zack would give him a run for his money. I thought Valerie would be the first to be cut, and Zack would be runner up, but those positions were switched: Zack is cut first, followed by Jessica, leaving Valerie as runner up to Ricky’s winner–the only time original partners ended up as the Top 2 together. Another first for this exciting season 11 of “So You Think You Can Dance.”

So what did you think, city kids? Are you happy that Ricky took the title, or were you hoping for more of a challenge? Did you expect Valerie to do as well as she did? Who did you want to win, and which were your favorite routines tonight? Chime in below, and be sure to come back next week for my Top performances of this stellar season.