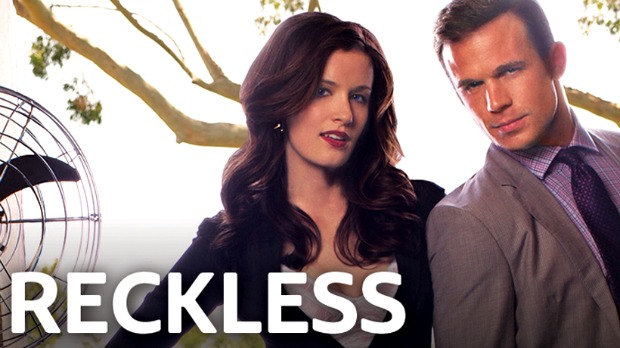 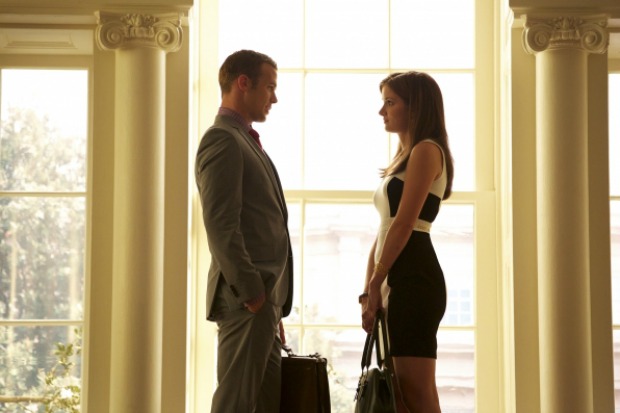 And so it begins, or maybe we should say, and so it ends. With two episodes left (two part finale), “Reckless” hasn’t been high in viewership. I checked today, and TVSeriesFinale.com showed “Reckless” coming in with 4.03 million viewers … not good. One must have hope – and I do. It’s hard being a summer TV show trying to get viewers. I will admit, we travel a lot and are busy, and I don’t watch very much TV during the summer months. It’s usually Netflix at night in bed … what about you?

This week’s episode was a good one. Vi’s ex-husband is being sued by former girlfriend and patient (bad boy) for malpractice. She claims that he botched her surgery, causing her to become infertile. He was a real smooth talker, and we learned about Vi’s relationship with him. Vi left Charles when she finally realized she was able to leave him. (He had become addicted to pills, and it became a problem with their relationship.)

Charles is told that he should go for a binding arbitration, which he does. It becomes ugly when Charles’ mentor puts into writing that he believes Charles was at fault.  But Vi comes to the rescue at the last moment with a doctor’s report (from a previous doctor) that says Madison is infertile (that was years ago). Well well.

Meanwhile, Preston makes a visit to Jamie’s office bringing her donuts and a kiss. He also asks her to dinner … like a date. Vi says it probably isn’t a good idea to start dating again. I agree, since I am on team Roy!

Roy and Jamie discuss the ensuing lawsuit – how hard it will be and how they are on opposite sides (as always). More later.

Terry’s dad comes back to live with him, getting off with insufficient evidence (for trying to kill Lee Anne and Arliss). Lee Anne stops by to see Terry and gets into a scuffle with his dad. Terry kicks his dad out, making him very mad that Terry chose Lee Anne over him. But later, when the bad guy comes back to kill Terry, his dad shows up and kills him. Terry and his dad dig a grave out in the boon docks and bury the guy. Right when I think Terry has a good side, he does something like that – although the guy was a thug and killer, so…

Roy speaks with Knox while prepping for the big trial. He wants to know how much Jamie knew. Knox says he only told her about Preston, not Terry.

Jury selection starts and both teams know how important the jury will be. Jamie wants to find an alpha male who can turn things their way. (Juries are so important, can you imagine being one of the jurors for the O.J. Simpson trial? Who would ever have agreed to that? Little did they know how long it was going to be!) Jamie took note of how many potential jurors had seen the tape.

Dec and Barbara discuss his (covert) plans to become mayor. They have a plan to score a lot of money on a land site that is supposedly a preservation site. Dec tells her they can have both money and power. Politics! Greed! Yuck! Barbara also warns him that the media will reveal his affair and pregnancy with Lindsey.

Later, Dec meets with Lindsey and gives her a document to sign. It’s an agreement that will take care of her financially, but she has to get out of town. She, of course, is hurt and mad, but agrees. As she leaves, she tells him they’re having a son – which he had always wanted. I don’t think we’ve seen the last of her.

Roy meets with Preston to question him about what he told Jamie. What it boils down to is both Preston and Roy are getting their feathers riled over Jamie. Roy says she deserves someone better than Preston, and Preston tells Roy he will do whatever it takes to get her back. Come on, Roy!!

Terry goes to his garage and leaves Lee Anne a fifth message. He tells her his dad has gone, then reaches up on a shelf and grabs a tool box. When he opens it, there’s a stack of money – the million dollars. I think he wants Lee Anne to run away with him? Maybe?

In the last scene, Roy goes to Jamie’s place. He tells her they will be saying awful things to each other during the trial, but they won’t really mean them, that the trial will be very tough, but when it’s all over, he’s gonna make her fall in love with him. Woo hoo! I loved it and so did Jamie.

That being said, I’m not sure we’ll be seeing a sophomore season of “Reckless.” I really hope CBS gives it a chance. I like the characters and the southern setting. It’s difference from some of the other typical lawyer/cop shows. We’ll see. Just when I really was liking “Red Widow,” they cancelled it! I really think they need to advertise the summer shows better and give them a little longer time to grow an audience.

Your thoughts on “Reckless” and summer shows, in general? Leave comments below.