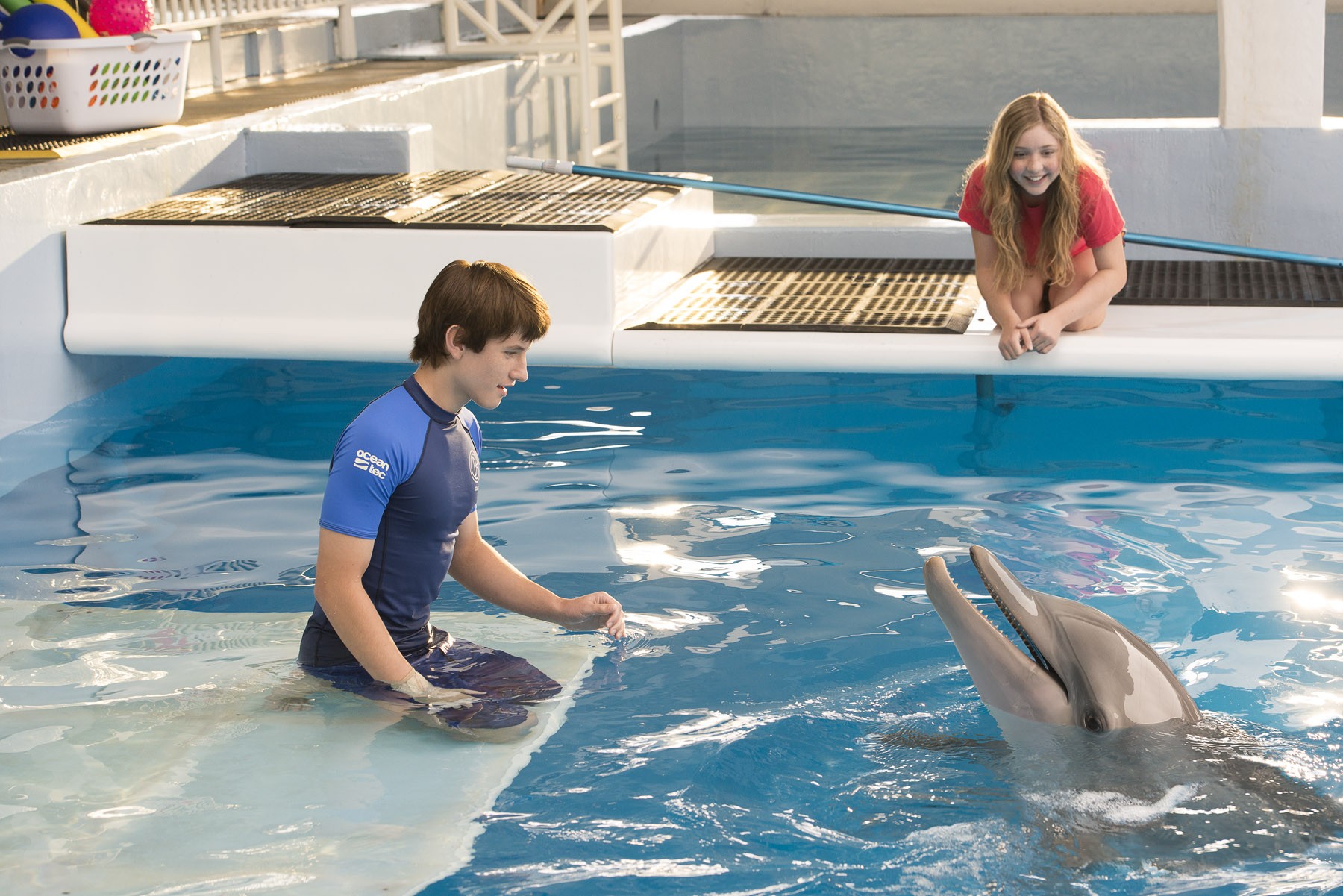 Who doesn’t love dolphins? They’re amazing. This sequel to 2011’s “Dolphin Tale” continues the story of the brave dolphin Winter, whose miraculous rescue and recovery, thanks to a groundbreaking prosthetic tail, made her a symbol of hope and perseverance to people around the world.

The story picks up several years after young Sawyer Nelson (Nathan Gamble) and the Clearwater Marine Hospital team, headed by Dr. Clay Haskett (Harry Connick, Jr.), rescued Winter. Now her surrogate mother has passed away, but USDA regulations require that the social mammals be paired with other dolphins.

Will the team find Winter a new pal before they lose her to another aquarium? This sweet story about faith, hope and dolphins is directed by Charles Martin Smith and also stars Morgan Freeman, Ashley Judd and Kris Kristofferson.

Rated R for some strong violence and pervasive language | In Theaters 9/12 | Ok for Kids 16+ | Reel Preview: 4 of 5 Reels | TheDrop-Movie.com

This haunting crime drama boasts an impressive cast and crew. Directed by Michaël R. Roskam, the Oscar-nominated director of “Bullhead,” and based on a screenplay by Dennis Lehane (“Mystic River,” “Gone Baby Gone”), the story follows lonely bartender Bob Saginowski (Tom Hardy) through a covert scheme of funneling cash to local gangsters – “money drops” – in the underworld of Brooklyn bars.

Under the heavy hand of his employer and cousin Marv (James Gandolfini in his final film), Bob finds himself at the center of a robbery gone awry and embroiled in an investigation that digs deep into the neighborhood’s past where friends, families, and foes all work together to make a living – no matter the cost.

This thriller follows Terri (Taraji P. Henson), a devoted wife and mother of two whose life takes a dramatic turn when her home and children are threatened by Colin (Idris Elba), a charming stranger who smooth-talks his way into her house, claiming car trouble. (Don’t ever let anyone into the house! Say you’ll make the call for them!)

The unexpected invitation leaves her and her family terrorized and fighting for survival. This is one of those PG-13 movies that probably should have been rated R. Directed by Sam Miller, who helmed season two of Elba’s top-notch BBC show “Luther,” this movie also stars Leslie Bibb, Kate del Castillo and Henry Simmons.