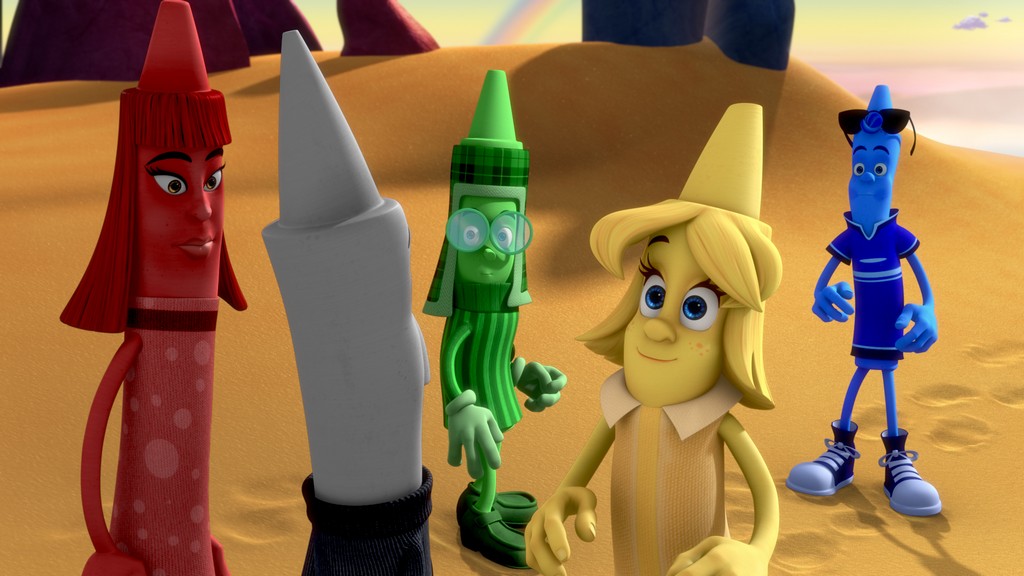 New in theaters for kids and teens this week is a cute and colorful crayon movie, Nicolas Cage in a faith-based action-thriller, and Reese Witherspoon in a poignant humanitarian drama. Here’s the rundown.

We burst out laughing when we saw a TV spot for this movie. Nicolas Cage is just so … Nicolas Cage-ish. In yet another “people vanishing” theme (it’s a trend lately; “Resurrection” is one of my favorite TV shows), the story follows Rayford Steele (Cage), who is piloting a commercial airliner just hours after the Rapture when millions of people around the globe simply vanish.

Thirty thousand feet over the Atlantic, Rayford is faced with a damaged plane, terrified passengers, and a desperate desire to get back to his family. On the ground, his daughter, Chloe (Cassi Thomson) navigates a world of madness as she searches for her lost mother and brother.

This faith-based movie is adapted from the New York Times bestselling book series of the same name, co-authored by Jerry B. Jenkins and Tim LaHaye.

This animated tale for the pre-school/kindergarten set follows the adventures of a diverse band of crayons that come alive in a little boy’s room when he drifts off to sleep. Yellow (voiced by Christina Ricci), a timid and fearful crayon, inadvertently awakens two unfinished drawings that threaten to take over Color City.

As she embarks on an adventure to discover inner strength and courage, she teams with other crayons and meets fantastical creatures, including Ricky the dragon (Owen Wilson). Filled with valuable life lessons, this sweet movie will entertain and inspire little ones.

They were known simply as “The Lost Boys.” Orphaned by the brutal Civil war in Sudan that began in 1983, these young victims traveled as many as a thousand miles on foot in search of safety. Fifteen years later, a humanitarian effort would bring 3600 lost boys and girls to America.

In “The Good Lie,” Philippe Falardeau (writer/director of the Oscar- nominated Foreign Language film “Monsieur Lazhar”) brings the story of their survival and triumph to life. Sudanese actors Arnold Oceng, Ger Duany, Emmanuel Jal, and newcomer Nyakuoth Weil, many of whom were also children of war, star alongside Academy Award winner Reese Witherspoon and Corey Stoll in this poignant drama.