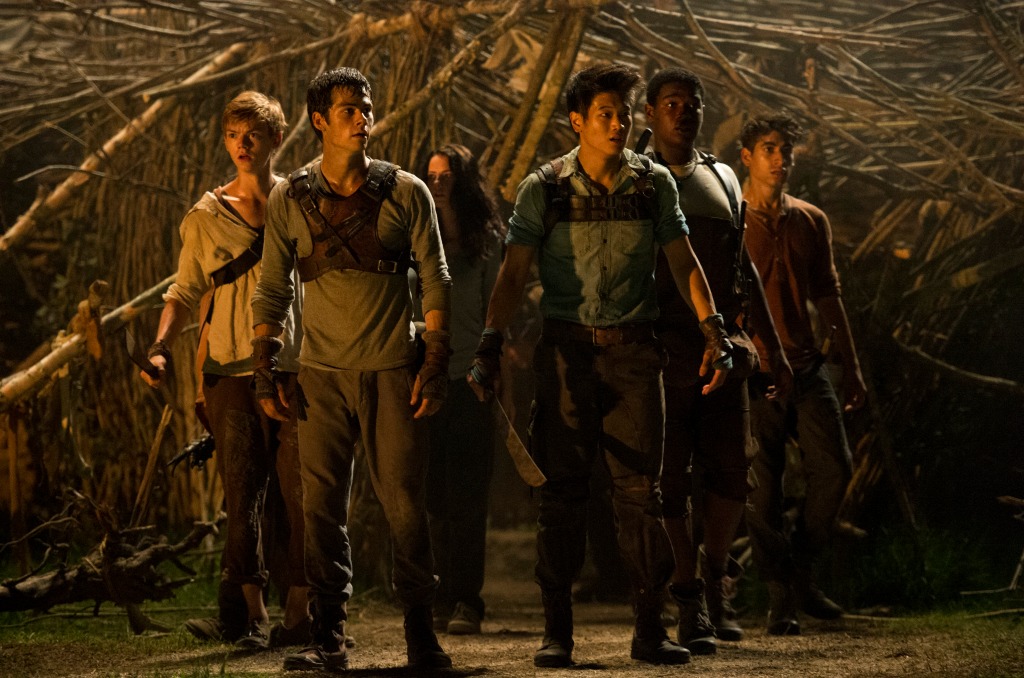 SYNOPSIS: “Teen Wolf’s” Dylan O’Brien plays Thomas, a boy who’s deposited in a mysterious community of boys after his memory is erased. He soon learns they’re all trapped in a maze that will require him to join forces with fellow “runners” for a shot at escape. 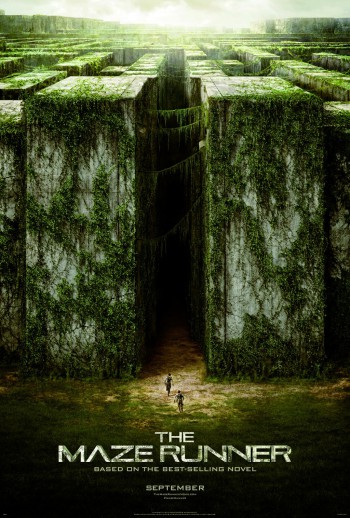 REVIEW: There’s already a sequel in the works for “The Maze Runner,” and I’m not surprised. The movie, which scored weekend box office numbers in the $33 million range, is based on the first book in a young-adult post-apocalyptic sci-fi trilogy by James Dashner. The book spawned two sequels: “The Scorch Trials” (already in pre-production in New Mexico) and “The Death Cure.”

The movie opens with a metal elevator bringing a frightened teenager — whom we later learn is named Thomas (Dylan O’Brien, who plays Stiles on MTV’s “Teen Wolf”) — up into an unknown area. At the top, he finds himself in “The Glade,” a survivalist-type commune where a group of boys live, surrounded by a mysterious Maze that changes every day. The Maze is also home to the very scary “Grievers,” mechanized spider-like creatures who can sting and kill.

Each month, the elevator brings up supplies and a new resident who, like the others, can’t remember anything but their name. The boys are divided into groups with specific jobs — farmers, healers, builders, and runners, the bravest among them who run into the Maze each day in order to map it.

Soon, another amnesiac arrives, only this one is a girl named Teresa (Kaya Scodelario) with a note attached to her: “She’s the last one ever.” Their chances of survival are slim to none without new supplies, so Thomas convinces a small group to venture into the Maze and look for a way out.

I was transfixed by this movie from the beginning, because unlike other dystopian YA thrillers like “Divergent,” “The Hunger Games” and “The Giver,” we have no idea what’s going on here. We’re just as in the dark as the Glade residents, and you don’t want to look away, lest you miss something important.

Even though it’s clear from the beginning that this group of youngsters are pawns to some evil, unfeeling adults, the suspense is heightened because we have no idea how it’s going to end (well, unless you’ve read the book, which I hadn’t).

I don’t watch “Teen Wolf” (it’s on my list), but my 17-year-old daughter raves about O’Brien’s character, noting that he ranges from comical to villainous. I think “The Maze Runner” might be his big screen break-out role. He’s ruggedly handsome and a strong actor.

He also connects well with the supporting characters, including head runner Minho (Ki Hong Lee), leader Alby (Aml Ameen), second-in-command Newt (Thomas Brodie-Sangster), troublemaker Will Poulter (who stole the show in “We’re the Millers” and has SUCH an interesting face), and the youngest resident of The Glade, adorable Chuck (Blake Cooper).

Overall, “The Maze Runner” is equal parts “Lord of the Flies” and “The Hunger Games.” The action scenes are adrenaline-filled, suspenseful and sometimes violent. The special effects are amazing; I’m sure much of the film was done via green screen, but you’d never know it. I can’t wait for “The Scorch Trials.”

Sex/Nudity: When a girl arrives in the box, the boys are somewhat in awe of her.

Violence/Gore: Teens are thrown into a commune situation and forced to survive. Characters, some of them major, die during battles with huge mechanical spider-like creatures called Grievers, whose sting causes much pain and suffering. Characters are shot, speared and shoved, and a group of adults are found dead.

Drugs/Alcohol: The Glade residents drink something, but it’s unclear whether it’s alcohol or something else.

Will Grownups Like It? “The Maze Runner” holds your interest from start to finish.