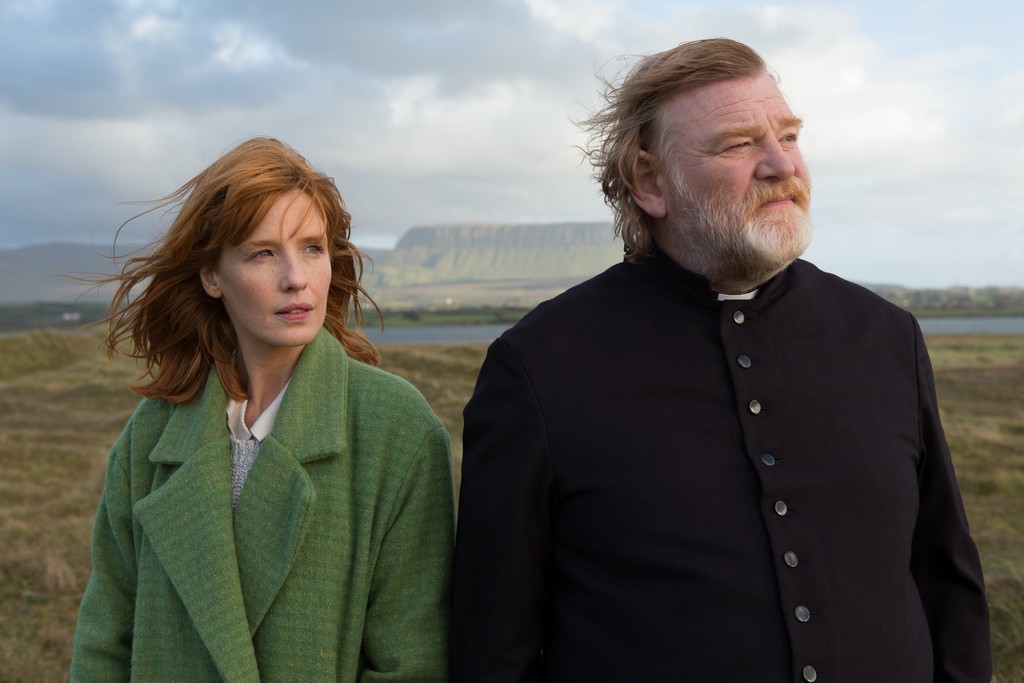 EDITORS: Buy this feature in our editorial web store!

SYNOPSIS: After an Irish priest’s life is threatened during a confession, he must battle the dark forces closing in over the course of a week. 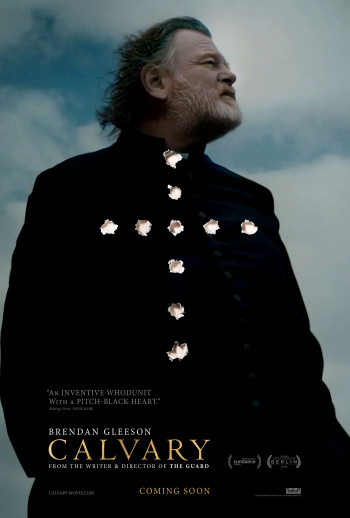 REVIEW: After you’ve seen as many theatrical movies as I have (3 to 4 each week for the past ten years), you can immediately spot the good ones. “Calvary” is one of the good ones. Not just the acting and story, but also the crisp cinematography, the stark Irish landscape, the detail paid to lighting, from sunlight streaming in windows to overcast skies above an ever-present sea, waves pounding into sand-swept shorelines and craggy rocks. It’s all so beautifully bleak.

The story is set in a small Irish seaside town, where Father James Lavelle (Brendan Gleeson) does his best to keep the folks uplifted and moving forward. It’s not an easy task. Everyone is battling their own demons, including the good Father, who hasn’t touched a drop of alcohol in ages.

During a Sunday confession, a voice tells him through the metal grate that as a child, he was raped by a priest. Now he intends to kill a priest. Not a bad priest, but a good priest. More specifically, Father Lavelle. And he has one week to get his affairs in order, before he’s to meet the killer on the massive and almighty beach.

So the countdown begins as the movie ticks down the days of the week. We follow Father Lavelle as he goes about the task of helping his flock as best he can — giving Last Rites to a man as a young wife grieves, helping an elderly man with end of life issues, re-connecting with his grown daughter (he was married before he joined the priesthood), just off a failed suicide attempt.

Finally, Sunday arrives, and Father Lavelle heads to the beach for his fateful meeting with the person who might be his murderer. But what will happen?

“Calvary” is just one of those films that’s going to stay with you, whether it’s the stunning performances, especially of Gleeson, who worked with director John Michael McDonagh and cinematographer Larry Smith on 2011’s “The Guard.” Every single scene in “Calvary” is well-planned, well-written, well-shot and well-acted. There’s not a wrong note anywhere.

Sex/Nudity: A male character, shown shirtless a few times, is a gigolo with many lovers. A promiscuous woman cheats on her husband with another man. References to pornography and various sexual acts.

Violence/Gore: A man describes being raped by a priest when he was a child, including the phrases “anally,” “orally,” and “I bled.” A few scenes involve guns, sometimes fired. A character is shot twice, with blood spurting from his body. A young woman has bandages on her wrist from a failed suicide attempt. A woman has a black eye, the results of abuse from a man. A dog is shown dead after being slit at the throat. A church is burned, and there’s mention of cannibalism. A man gets into a fight, which results in bloody cuts and bruises.

Drugs/Alcohol: A character struggles with alcoholism and gets drunk and disorderly in one scene. People drink at a local pub, sometimes to excess. Characters snort cocaine in a bar bathroom, and smoke pot and cigarettes. References to LSD and crystal meth. A joke about a boy stealing ceremonially wine.

Which Kids Will Like It? This one really isn’t for kids, but probably ok for ages 17 and older.

Will Grownups Like It? “Calvary” is an excellent film that’s sure to do well during this awards season.