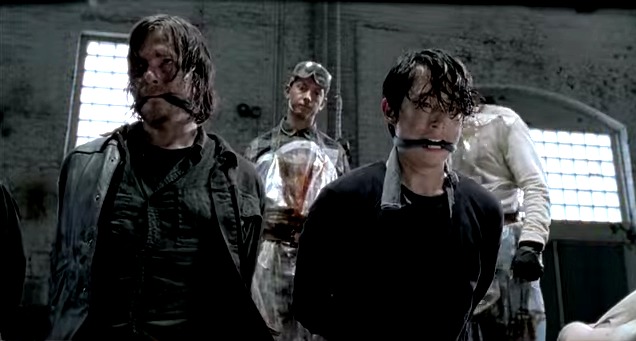 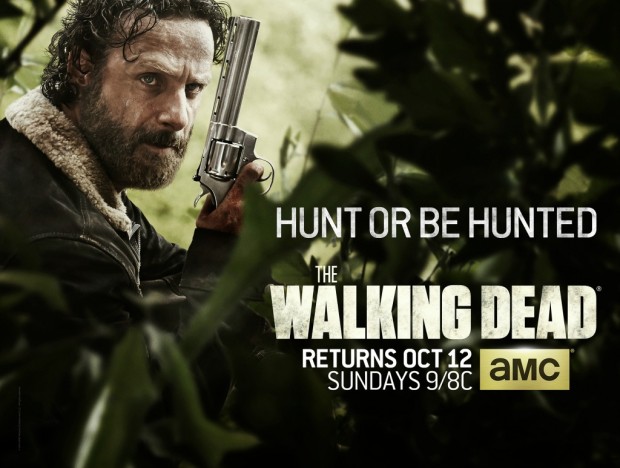 AMC released today the official Season 5 poster for “The Walking Dead,” featuring a very sweaty Rick Grimes (Andrew Lincoln) and the accompanying tagline, “Hunt or Be Hunted.” Very ominous, but then, that about sums up “The Walking Dead.” The show returns Oct. 12 at 9pm ET/PT on AMC.

“From the opening tease in the premiere onward, season five is without question the most ambitious and satisfying season this amazing team has ever crafted. In the zombie apocalypse, event television is alive and well, and I am proud to acknowledge that this uniquely talented writing staff, production team and cast have once again raised the bar (and the crossbow).”

People not only love zombies, they love this show, which has been a ratings hit with the 18-49 demographic.

Season four ended with Rick and Co. trapped in a train car by the people of Terminus. The second half of season four followed the survivors on the road to Terminus, but things weren’t exactly what they seemed once they got there.

Based on the poster, I guess they made it out of the train car, right? But at what cost?