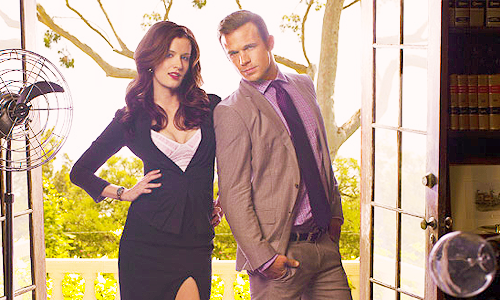 In the old days, fans would write snail mail letters to the networks when they wanted to save a TV show from cancellation. These days, it’s much faster with social media campaigns. And sometimes, the network execs actually take notice. It seemed to work for “Friday Night Lights.”

Now, there’s a Facebook campaign calling for the renewal of “Reckless,” summer’s legal/cop drama set in Charleston, South Carolina. One season aired on CBS, and there is no word yet as to the show’s fate.

I visited the set last year during filming and enjoyed watching the result over the summer. There was plenty of intrigue, surprising storylines, and sexual tension between the show’s stars, Cam Gigandet and Anna Wood.

Did you watch “Reckless,” and would you like to see it continue?