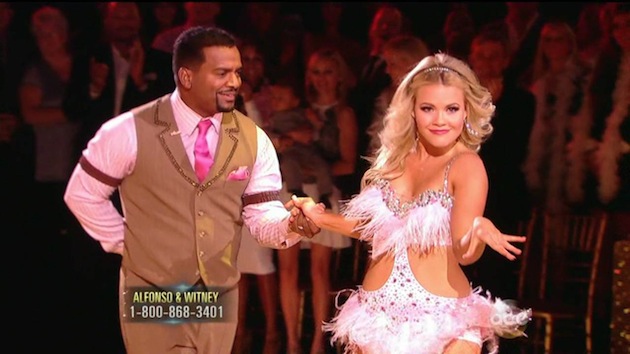 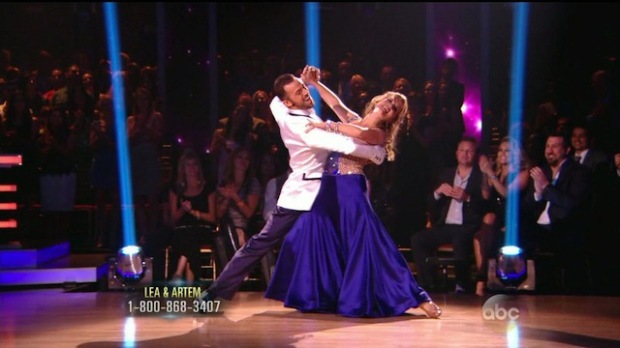 Welcome back dance fans! The Awkward is back and awkwarder than ever. Lots of odd comments, accidental boob-grabs, strange sound problems, and uncomfortable pauses return with the 19th season of “Dancing with the Stars.” But fortunately, there’s also shaping up to be some great dancing, including several surprises, and some very tough competition.

Thirteen new stars are back to compete for the Mirror Ball trophy. As with most seasons of DWTS, I’m not familiar with the majority of them, but there are definitely some I know, and even a few I’m looking forward to: Lea Thompson? Betsy Johnson? Tommy Chong? Are you kidding me?

They’ll be working with many of our favorite (and not so favorite) pros, including three new members this season. We also have a new resident judge joining Carrie Ann Inaba, Bruno Tonioli, and Len Goodman, making four on the panel, though she’s not new to the show by any means. It’s Julianne Hough, former pro and occasional guest judge last season (and of course, sister to pro Derek Hough). She’s a good judge with good constructive criticisms, though perhaps a little softer than she was last season (she had some very harsh comments then). The dress is a little ridiculous though.

In addition to my Top 5, this season I’ll include a one or two line summary of the remaining dances, for a fuller picture of the episode.

Lea Thompson and Artem Chigvintsev’s Fox Trot: The star I most look forward to seeing this season is Lea Thompson. She’s adorable, and I’ve always admired her—not just for “Back to the Future,” of course, but also “Caroline in the City,” and even the 1980s classic (?) “Casual Sex?” (I even liked “Howard the Duck.” What can I say, I was young.) She looks exactly the same; still adorable. I hoped she’d at least be decent, but I got so much more than that.

She’s a dancer! A real dancer, who danced with Mikhail Baryshnikov’s ballet company 32 years ago. And she still has it. Her arms and hands are beautiful, which goes a long way, but she doesn’t just stick them out to the side; she stretches from the torso through the arms, extending out through her fingertips. Even better, it’s so clear that she loves what she’s doing, and she’s a great performer. I’m so excited, and relieved, that she dances so beautifully.

Sadie Robertson and Mark Ballas’s Cha-cha: I have absolutely no interest in Duck Dynasty so of course I had no idea who Sadie Robertson was, but I like what I see. She’s terrific! Besides being adorable and obviously very comfortable with the cameras, she has great footwork, terrific leg action, and looks really comfortable with the movement. Julianne’s right that she needs to bend her knees and get into the floor a little more, but I’m starting to doubt her lack of dance experience. She must at least go clubbing or something (and yes, clubbing counts as dance experience in my book).

Jonathan Bennett and Allison Holker’s Jive: To be honest, I’m still not sure what to think about Jonathan, because all I can see is Allison. She may be playing the part of “the pro” this season, but she really is a star. I’ve said this in my “So You Think You Can Dance” recaps too, but it’s nearly impossible not to watch her. I don’t quite understand why she’s on the cast this season, though I suppose why not. It’s just surprising that they’d take a contemporary dancer to teach ballroom (not that she isn’t capable). Perhaps it means they’ll be doing more of a variety of dance on the show.

For the times when I was able to pull my focus away and watch Jonathan, he did pretty well. The cutie Aaron Samuels from “Mean Girls” has a great spirit and had a blast, doing the show for his dad, who recently passed away and was a big fan of the show. Jonathan’s a showman, giving it everything he has and having so much fun. His footwork is good too, and there’s lots of content in the number. I absolutely love his attitude too, truly enjoying himself, saying “It literally is the best thing you can possibly do.” I hope viewers listen and try dancing out for themselves so they can see that he’s right.

Randy Couture and Karina Smirnoff’s Fox Trot: This was one of the two bigger surprises of the night, the other being Tommy Chong and Peta Murgatroyd. It was tough for me to choose between Randy and Tommy (what is this, “Valley Girl”?) for my Top 5, so I went slightly with the judges’ decision (Randy got the higher score). I was not expecting much from either contestant, and both of them were shockingly debonair, good movers, and fun performers. Randy’s very light on his feet, and clearly made huge progress in the four weeks or so they were practicing, because the package, which must have been filmed during their early rehearsals, look very awkward. I was truly expecting the worst, but he delivered much better. He might need to watch his hands though, as sexy gave way pretty easily to slimy with those two body grabs.

Alfonso Ribeiro and Witney Carson’s Jive: They definitely saved the best for last, however. Closing out the show with a huge bang is Alfonso Ribeiro, a former Broadway child star (in “The Tap Dance Kid,” natch), but best known as Carlton Banks from “The Fresh Prince of Bel-Air.” Right out of the gate, this is so exciting, with non-stop energy and great movement. I couldn’t even think of things to say, other than Exciting! Fantastic! Yes! Beautiful! Exciting! I had the feeling he’d be good, but I didn’t know he’d be that terrific. I hope he can keep it up.

Antonio Sabato Jr. & Cheryl Burke’s Cha-cha: Cheryl’s great, and she’s excited to have a sexy partner, though he does nothing for me personally. He’s stiff, but there could be some potential there.

Janel Parrish & Val Chmerkovskiy’s Jive: the “Pretty Little Liar” is a great dancer and dynamic performer but the routine had too much hip-hop and not enough jive.

Lolo Jones and Keo Motsepe’s Cha-cha: Dancing close to a partner is the least of the Olympic hurdler’s challenges. Despite her valiant effort, she’s awkward, stiff, and slumping, and seriously needs to pipe down and listen to the judges’ comments.

Betsey Johnson and Tony Dovolani’s Cha-cha: The super flexible 72-year-old Betsey, one of my favorite designers growing up, did a great job—until the terrible wardrobe mishap at the end that imploded the dance. Such a shame.

Tavis Smiley and Sharna Burgess’s Fox Trot: Much better than I expected, the talk show host had style and flare. He needs to smooth out his steps and watch his shoulders, but he’s a good mover.

Michael Waltrip and Emma Slater’s Cha-Cha: The NASCAR driver and friend of Bill Engvall dances like Bill, which is both good and bad. I really had higher hopes for Emma though, especially since Michael’s starting to approach Dirty Old Man territory (in attitude, not in age).

Tommy Chong and Peta Murgatroyd’s Cha-cha: Wow, they are not shying away from the pot jokes, but he dances surprising well (and looks like Jonathan Pryce). I’m just glad she’s not with the young hot guy this season.

Bethany Mota and Derek Hough’s Jive: The YouTube star is cute and dances well, as long as she keeps her energy up. Derek and Mark could be in for another tough competition.

So what did you think, dance fans? Are you excited about the new cast? Who was your favorite of the night? Ready for the first elimination, tonight, already? Cast your votes below.