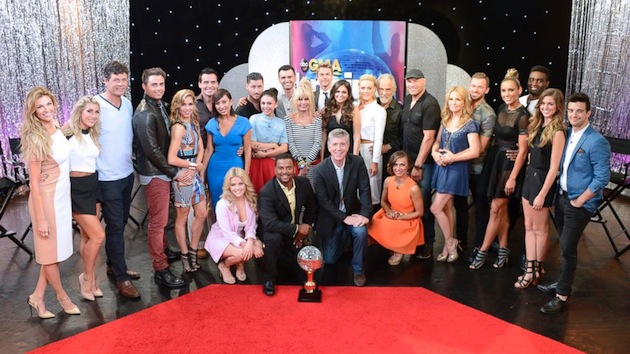 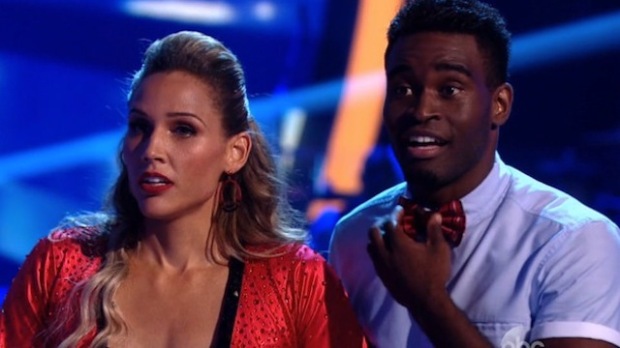 Well dance fans, the two-night “Dancing With the Stars” premiere concludes with its first round of eliminations, and the results are exactly what they should be.

The show entertained with a few dance numbers, a musical performance, and filler film clips recapping what happened last night, as well as introducing us a little more to the stars and the three new pros. The evening started off with a group number by the women, led by the dazzling Allison Holker and choreographed by Mandy Moore, who does most of the opening group numbers. As much as I admire Moore’s choreography on “So You Think You Can Dance,” these numbers and the return from break mini-routines on DWTS start to feel repetitive and lacking in variety. They’re mostly comprised of sexy walking, booty shaking, and head whipping. Perhaps it’s the curse of having ballroom dancers dance solo, but it needn’t be that way, especially with Allison now leading the fray.

Of course the judges selected Alfonso and Witney’s jive as their encore. It was absolutely the best performance of last night. Afterward Witney performed again, this time with Mark Ballas, as dance accompaniment for a lovely, bluesy rendition of My Girl, performed by Aloe Blacc and the legendary Smokey Robinson (who, I hate to say, looks very plastic). A fun new treat tonight was a glimpse of Derek Hough’s audition video from nine years ago. He was even more adorable then.

Recapping the couples in groups of three or four, hosts Tom Bergeron and Erin Andrews slowly revealed the four couples in danger: Betsey and Tony, Michael and Emma, Lea and Artem, and Lolo and Keo. I find it shocking that Lea’s in the bottom, though I don’t think there’s a danger of her leaving yet. I’m very sad for Betsey, who is clearly so disappointed to have messed up the routine, and Tony seemed to have scolded her almost like a little girl. There’s a strange dynamic in that relationship. I’m personally lukewarm about Michael, but he seems like a funny guy and I definitely want Emma to have more of a chance, so the result was as it should be. Eventually they revealed that Lolo would be leaving.

I know that Lolo is very disappointed with her performance and sad to leave so soon. She mentioned last night that her routine was suppose to start with text sounds and something went wrong, so she missed her cue. She’s extremely hard on herself, clearly, and feels that she would have done a much better job if she’d heard her cue correctly, but there were intrinsically more problems with her dancing that would not have been solved by the proper cue.

It’s clear what the takeaway is for both of the bottom two pros and choreographers: don’t feel like you need to mess around with props and gimmicks. Just dance for dance’s sake.

So what did you think, dance fans? Happy with the result? Did you worry for Lea, or for Betsey? Were you hoping Lolo would get a second chance? Chime in below.