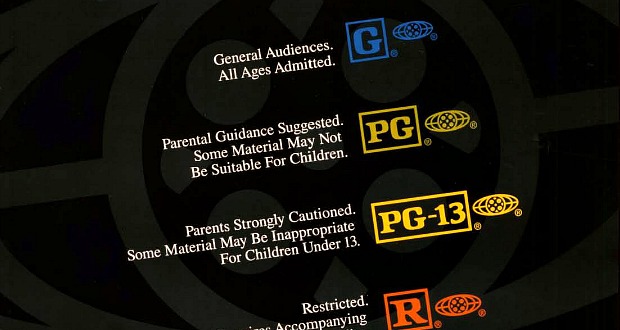 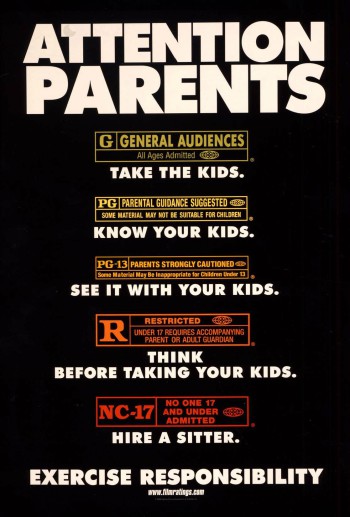 I’ve seen and reviewed thousands of movies in my life as a film critic. My reviews include not only the ratings issued by the Motion Picture Association of America (MPAA), but also my own specific details about profanity, violence/gore, sex/nudity and drug/alcohol content.

I do this because the MPAA ratings don’t always tell the full story. Even G-rated films like “Toy Story 3” and “Monsters, Inc.” contain elements that might be too intense for little ones. And things really get tricky with the divide between PG-13 and R-rated films. There are some PG-13 movies like “Insidious: Chapter 2,” for example, that I’d never take a 13-year-old to see.

Likewise, an R-rated movie like “The King’s Speech” is a great history lesson and — depending on the kid — might be ok for kids 13 and older. In fact, other people thought so, too. It was edited and re-released with a PG-13 rating.

A BIT OF MPAA HISTORY

There’s no doubt that the MPAA system has evolved for the better over the years. According to the MPAA site, the current ratings system emerged in 1968, when MPAA chairman Jack Valenti replaced the earlier moral censorship guidelines, known as the Hays Code, with a new parent-focused rating system.

While the Hays Code authorized a movie for distribution based on whether it was deemed “moral” (according to an exhaustive list of rules), the current movie ratings system was developed out of the notion that the movie industry wouldn’t approve or disapprove what audiences should see, but instead, would give parents details about the movie and then let them decide whether their kids should see it.

They do that with the help of the Classification & Ratings Administration (CARA), a board comprised of an independent group of parents who offer cautionary warnings to families about a movie’s content. In addition to letter ratings — G, PG, PG-13, R and NC-17 — CARA provides brief descriptions of the specifics behind a movie’s rating. For example, “The Maze Runner” has a rating of PG-13 “for thematic elements and intense sequences of sci-fi violence and action, including some disturbing images.” I thought this rating was on target, and feel that the movie is ok for kids 13 and older.

The ratings system is constantly evolving, which is good. Details such as violence, language, drug use, and sexuality are re-evaluated on an ongoing basis, through surveys and focus groups that take into account modern concerns. After all, it’s only been in the past 15 or 20 years that kids have been able to surf the web, which brought a boatload of new concerns for parents.

The addition of the PG-13 rating in 1984 added another much-needed level to the ratings system. The MPAA notes that the rating is “not intended to be tied to any specific age,” and that “the rating is a stronger note of caution suggesting to parents to further investigate the content of the motion picture before allowing their children to see it.”

Still, the number 13 is right there in the rating. Even as a longtime film critic, I still look at the PG-13 rating as confirmation that a movie is ok for kids 13 and older. But that’s often not the case. There’s a big difference between what a 13-year-old should see and what a 15-year-old should see. I would love to see a PG-15 rating.

Also, note that older movies don’t always carry appropriate MPAA ratings. For example, 1982’s “Poltergeist” was originally issued an R rating, but the filmmakers protested successfully and the film was re-rated PG (the PG-13 rating did not exist at the time, but this film no doubt played a part in the creation of the PG-13 rating two years later). The takeaway is that parents need to be extra careful when letting their kids watch older movies.

THE MPAA RATINGS AND WHAT THEY REALLY MEAN:

MPAA Guidelines: “General Audiences. All ages admitted. Nothing that would offend parents for viewing by children.”

What It Really Means: These movies are generally ok for kids ages four and older. I say “generally,” because even G-rated movies like “Finding Nemo” contain intense scenes that might scare very young kids. As with all ratings, only parents can decide which films are right for their kids. As a rule, I don’t recommend feature-length movies for kids younger than four; it’s too much for their little brains to take in.

MPAA Guidelines: “Parental Guidance Suggested. Some material may not be suitable for children.”

What It Really Means: When you consider that “Frozen,” “Harry Potter and the Half-Blood Prince” and “Jaws” are all rated PG, you can see there’s a vast difference in PG-rated films. They vary widely, not only in violence, sexual content and language, but also in emotional content. The final scenes of “Marley & Me,” for example, made many viewers — including myself — weep uncontrollably. When deciding whether your kids should see a movie, you have to consider the emotional impact and whether they’re ready for it.

MPAA Guidelines: “Parents Strongly Cautioned. Some material may be inappropriate for children under age 13.”

What It Really Means: As with PG-rated films, PG-13 films vary widely in violence, language, sex/nudity and emotional content. Many PG-13 movies are not, in my view, appropriate for 13-year-olds, but might be ok for 15-year-olds. If at all possible (and I realize this is challenging for busy parents), see the movie first and then decide if it’s ok for your kids. What I find most surprising with this category is that many horror movies, like “The Grudge,” “The Haunting in Connecticut” and “The Last Exorcism” have PG-13 ratings. In addition to the emotional factor, the “scary” factor needs to be considered.

MPAA Guidelines: “Restricted. Under 17 requires accompanying parent or adult guardian. Contains some adult material. Parents are urged to learn more about the film before taking their young children with them.”

What It Really Means: There’s generally a good amount of sex, violence, language and/or drugs in R-rated movies. And it makes me shudder to think of all the times I’ve seen parents bring small children to R-rated movies. Young minds don’t need all that inappropriate content in their heads.

MPAA Guidelines: “No One Under 17 Admitted. Clearly adult. Children are not admitted.”

What It Really Means: Do not take your kids to see NC-17 rated movies. Do not let them watch them at home. While the NC-17 rating covers violence, sex and other elements, I’ve found that NC-17 movies are usually rated that way because of sexual content.

A GUIDE FOR PARENTS:

Use Your Best Judgment. While flawed, the MPAA ratings still give parents good information about a movie’s content. But it’s up to you to decide whether a movie is ok for your kids. A PG movie that might be ok for some kids but too intense for others. Only you know your kids well enough to determine what movies they are ready to see.

Do Your Homework. Before allowing your kids to see a movie, check out the film’s MPAA rating at FilmRatings.com. Search for the review on Reel Life With Jane to get my thoughts on the MPAA rating and detailed content on violence/gore, sex/nudity, drugs/alcohol and language. My reviews also include which ages I think are most appropriate for each film.

Talk to Your Kids. Before you see a movie with your kids, talk about the MPAA rating and what it means. After the end credits roll, discuss the content and subject matter together. Was the rating on target? How much violence was in the movie? Did it have a positive message? Use the movie as an educational tool, not only the content of the movie, but also to fine-tune your kids’ inner movie critic.