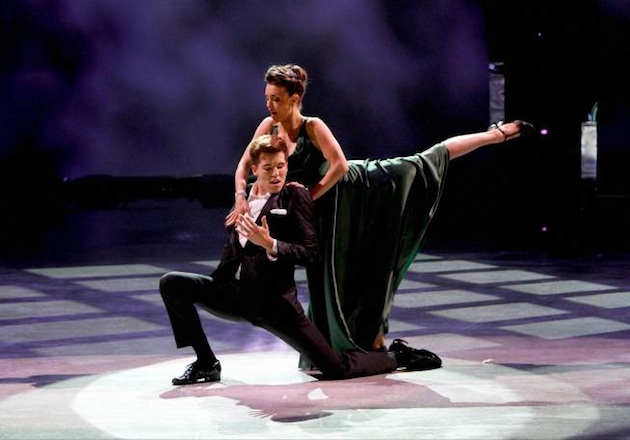 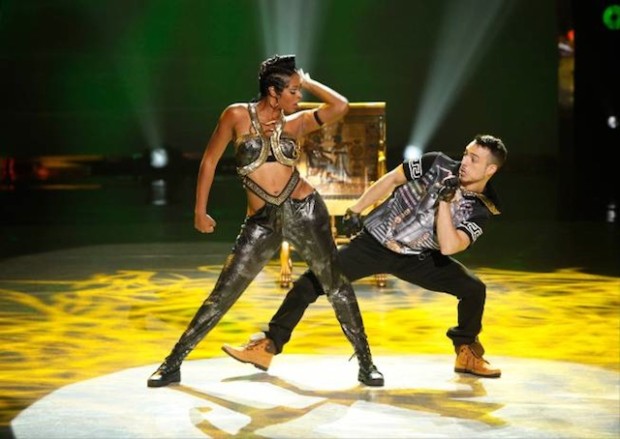 What an exciting, unexpected night on “So You Think You Can Dance,” eh city kids? Don’t know about you, but I did not see that elimination coming. I was surprised that Emilio ended up in the bottom at all, and I thought for sure he’d be safe and that tapper Zack would be going home. But no! Emilio left, along with his previous partner Bridget, leaving Jacque and Zack safe. Yay, both season 11’s tappers remain in the Top 8!

It’s always amazing what dancing with a stronger dancer does for your performance, and all the dancers tonight demonstrate this. Every contestant ups their game as they work with one of the all-stars. But not everyone makes it into my Top 5 this week.

As I’ve made clear in the past, I don’t think I’ve ever met an Argentine tango that I didn’t love. Tanisha’s Leonardo and Miriam routine with all-star Ryan is no exception. Sexy, sultry, great choreography with terrific lifts and intricate ganchos, this is a great tango, despite being one of a few routines tonight that ends abruptly.

It’s so great having NappyTabs back on SYTYCD, and we’ve all been wondering where they’ve been. Both of their routines tonight are terrific, from Emilio’s snaky power play with last season’s Jasmine, to Jessica’s vastly entertaining lecherous old-man routine with tWitch (is it bad to say he reminds me of Bill Cosby with that old-man makeup?). If for no other reason than I tire of the old man-young woman lust that’s so frequent in Hollywood, I’m going with Emilio and Jasmine for my Top 5. The smooth, slithering movements of animation and popping go really well with the somewhat bizarre power-hungry snake concept, and the dancers are great (especially the double tutting), though Emilio is starting to feel a little one-note (even when I know he’s not).

All-star Jenna was not my favorite last year, but it’s good to see her back doing ballroom with Rudy in a Louis Van Amstel cha-cha. Flimsy concept, but who cares, as Rudy has lots of fun in this sexy routine pretending to have eyes for someone other than Jacque (whose beautiful turn in Travis Wall’s contemporary ballet just barely misses my Top 5). Fun, flirty, and great personality.

Casey really shows his incredible technique in Spencer Liff’s heartbreaking Broadway routine with all-star Kathryn. Liff’s terrific choreography to a great song, Maybe This Time from “Cabaret,” really shows off Casey’s talents, and his caddish character breaks my heart. He’s beautiful and shows up Kathryn (though to be honest, she’s never been one of my favorites).

Poor Zack seems to think the writing’s on the wall, after he does the math and knows he’s in the bottom two—and like me, probably doesn’t think he has a chance against Emilio. He’s already crying during the judges’ critiques of his contemporary—though it could also be the emotional choreography from Sonya Tayeh and his stunning performance with last year’s winner Amy. The routine, choreographed for someone taken from life too soon (something I’m going though personally right now), hits home and is gorgeous. My only complaint is that the music seems to end before the dance does, which makes it feel incomplete or unfinished, like it needs more time to fully develop (Travis’s ballet has a similar feel).

So what do you think, city kids? Are you pleased Zack is sticking around while Emilio’s leaving? Are you glad lovebirds Jacque and Rudy can stay together another week? And do you think it’s as real as the show’s making it out to be? What are your fave performances this week? Let us know below.