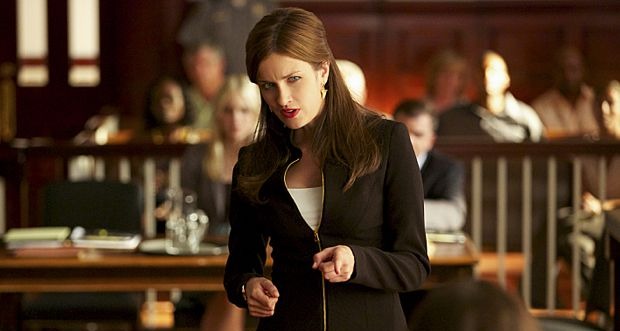 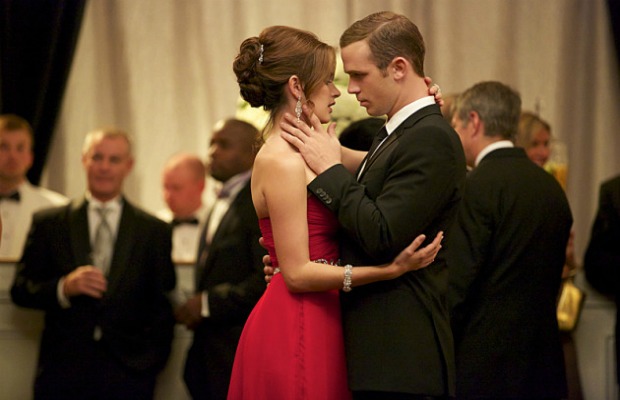 Phew, after a one-week absence, my summer show – “Reckless” – was back on again Sunday night. If you caught on, I’m liking it.

In this seventh episode, a rich socialite, Dean Lamoureux, goes missing after a boating accident and, of course, Jamie and Roy are pitted against each other in an unlawful death claim filed against the city. Always seems to be the case, but we do like it, don’t we?

READ: “On the Sultry Southern Set of ‘Reckless‘”

Didn’t you like  the beginning when Roy came in from his run and thought about he and Jamie kissing the night before (last episode) – then cut to Jamie lying in her bed ready to send him a text, but then deciding not too – darn!  (Romance building!) When they meet at the courthouse for the Marcus proceeding, Jamie started to bring up the night before, but he interjects with “it was a hot night with too many beers.” We’ll see about that.

The new judge, Judge Moss, is hard core tough. She puts both Jamie and Roy in their places fast, letting them know who is in charge. I would be on my best behavior with her. She gives them their instructions and also tells Jamie she has to add a new plaintiff, Megan Hixon, who also has a complaint, but gives them no time to prepare.

Jamie goes to tell Lee Anne about Megan, but Lee Anne says that she doesn’t know her very well. Megan is trying to ride the coattails of Lee Anne’s case, but Jamie puts an end to that! Roy enjoyed watching it. It’s like he is proud of her – he knows and respects that she’s very good at what she does. Nice.

It was a bit questionable to me that very wealthy councilwoman Joyce Reid (didn’t you love her home – wow) wanted to help Lee Anne, telling her a story from her past and offering to let her and Arliss live in her Carriage House. Lee Anne didn’t know why Joyce was being so nice, and Joyce told her she wished someone would have helped her. Lee Anne stated “People just don’t help people, especially politicians.” Amen to that!

Later at the Governor’s Ball, Terry can’t keep his eyes off Lee Anne, who is dressed to the nines and hanging with her new friend Joyce. It’s going to be interesting to see what Joyce wants with Lee Anne. Arliss is there too, dressed in his uniform, bored to death and grumpy (let’s get rid of him).

Also at the Ball, Dec (Gregory Harrison is a cutie, isn’t he?) is there with his wife and mistress  – how nice. Luckily, wives are pretty clever. She confronts Lindsey and tells her she knows she’s pregnant and that Dec doesn’t want any more kids. We’ll see what happens there … you know that saying – A Woman Scorned.

After the Ball, Terry follows Lee Anne home, and a hot and heavy sex scene follows.  Woo woo. I have a feeling when Arliss finds out, there will be bloodshed. But who will survive?

Terry also figures out that Wayne drowned Dean Lamoureux and threw his body overboard – because of a woman, of course. He shows Wayne a cufflink that was found, but he claims Constance set him up.

The most exciting scene for me: Roy and Jamie’s heated dance at the Ball. The sexual tension between them is growing, and I can’t wait until it boils over! They have some good ole chemistry, don’t they?

Also, Terry and Preston are getting deeper into trouble with the bad guys. It looks like someone may be killed next week. They can’t kill Terry off, can they?

How did you like this episode of “Reckless”? What is your favorite storyline – Roy and Jamie? Leave comments below!