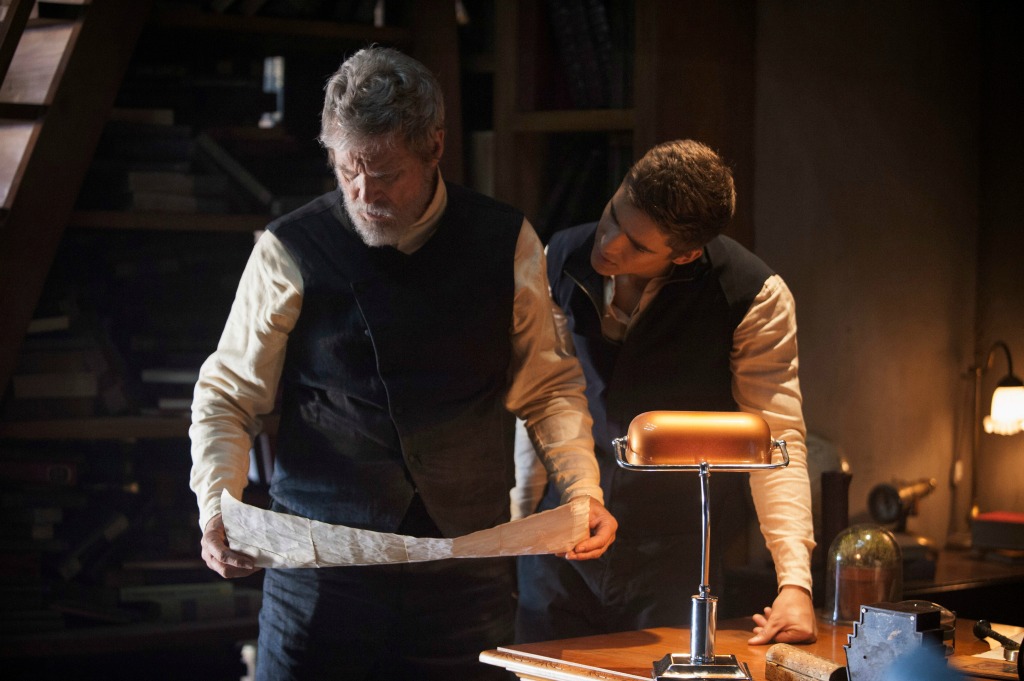 Action! Sci-Fi! Comedy! This week in movies has it all! New on the big screen this week are fake cops, aging action stars, and teens discovering the real world. Here’s a sneak peek at what’s opening wide in theaters this week.

“Let’s Be Cops” is the ultimate buddy cop movie except for one thing: they’re not cops. When two struggling pals (Damon Wayans and Jake Johnson) dress as cops for a costume party, they become neighborhood sensations.

But when these newly-minted “heroes” get tangled in a real life web of mobsters and dirty detectives, they must put their fake badges on the line. Directed by Luke Greenfield, this comedy also stars Rob Riggle, Nina Dobrev, James D’Arcy, and Andy Garcia.

I love seeing all those original action heroes back on the big screen. In “The Expendables 3,” Barney (Sylvester Stallone), Christmas (Jason Statham) and the rest of the team come face-to-face with Conrad Stonebanks (Mel Gibson; predicting comeback role here), who years ago co-founded The Expendables with Barney, but became a ruthless arms trader who Barney was forced to kill… or so he thought.

The haunting story of “The Giver” centers on Jonas (Brenton Thwaites), a young man who lives in a seemingly ideal world of conformity and contentment. But as he begins to spend time with The Giver (Jeff Bridges), the sole keeper of all the community’s memories, Jonas quickly begins to discover the dark and deadly truths of his community’s secret past.

He realizes that he must escape their world to protect the people he loves — a challenge that no one has ever succeeded at before. Directed by Phillip Noyce, “The Giver” is based on a book by Lois Lowry (read my interview with her here), and also stars Meryl Streep, Alexander Skarsgård, Katie Holmes, Odeya Rush and Taylor Swift.