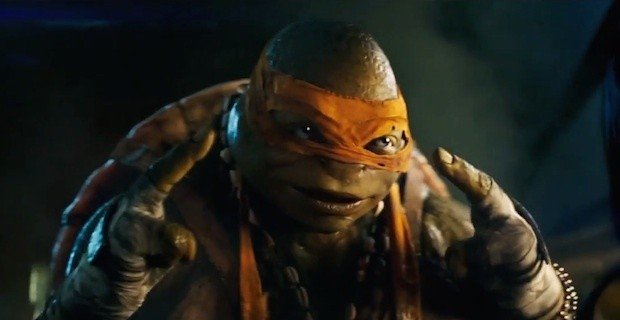 New on the big screen this week are some familiar turtles, a few squabbling chefs, a major storm, and some hip dancers. Here’s a sneak peek at what’s opening in theaters this week.

Those pizza-eating turtles are back in action and just in time! Darkness has settled over New York City as Shredder (William Fichtner) and his evil Foot Clan have an iron grip on everything from the cops to the politicians. The future is grim until four unlikely outcast brothers rise from the sewers and discover their destiny as Teenage Mutant Ninja Turtles.

INTO THE STORM
Rated PG-13 for sequences of intense destruction and peril, and language, including some sexual references | In Theaters 8/08 (2D, IMAX) | Ok for Kids 13+ | Reel Preview: 3.5 of 5 Reels | IntotheStormmovie.com | Facebook | Google+

Who doesn’t love a good storm movie? As long as it’s in the movies and not in real life, right? This thriller centers on the town of Silverton, ravaged by an onslaught of erratic and deadly cyclones, even as storm trackers predict the worst is yet to come.

I love movies centered on food, especially when they’re based on a book like “The Hundred-Foot Journey” by Richard Morais. The story follows Hassan (Manish Dayal), a culinary ingénue with the gastronomic equivalent of perfect pitch. Displaced from their native India, he and his family settle in the quaint village of Saint-Antonin-Noble-Val in the south of France.

It’s the perfect place to open an Indian restaurant, the Maison Mumbai. That is, until the chilly chef proprietress of Le Saule Pleureur, a Michelin starred, classical French restaurant run by Madame Mallory, gets wind of it. Her icy protests against the new Indian restaurant a hundred feet from her own escalate to all-out war between the two establishments – until Hassan’s passion for French haute cuisine and for Mme. Mallory’s enchanting sous chef, Marguerite, merge their talents and make culinary magic. Directed by Lasse Hallstrom, this sweet comedy drama also stars Helen Mirren, Om Puri, and Charlotte Le Bon.

The “Step Up” franchise moves merrily along with its fifth installment of the dance series that began in 2006. People love dance movies, albeit mostly for the dancing, as the plot is generally culled from a couple of basic premises — the “Big Dance Battle” and the “One Last Show to Save the Dance School/Community Center/Whatever.

Of course, there’s the requisite love story/rivalry thrown in for dramatic tension. “Step Up All In” brings back actor-dancers from across the series, including Alyson Stoner as Camille, Ryan Guzman as Sean, Adam Sevani as Moose, and Briana Evigan as Andie. It’s directed by Trish Sie, whose experience in choreography, music videos (“Here It Goes Again”), and viral videos makes her a natural fit.